The commitment acquired since 2016 by the Californian firm for the preservation of the environment has crystallized, thanks to the use of what is called ** “green aluminum” without carbon ** and on a large scale to the production of the iPhone SE.

On this occasion, the magnitude of the announcement went beyond the usual rumors and Apple took care of making it public through a press release where reiterated the use of carbon-free raw materials for future productsthanks to a new manufacturing process that respects the environment.

A milestone in environmental commitment 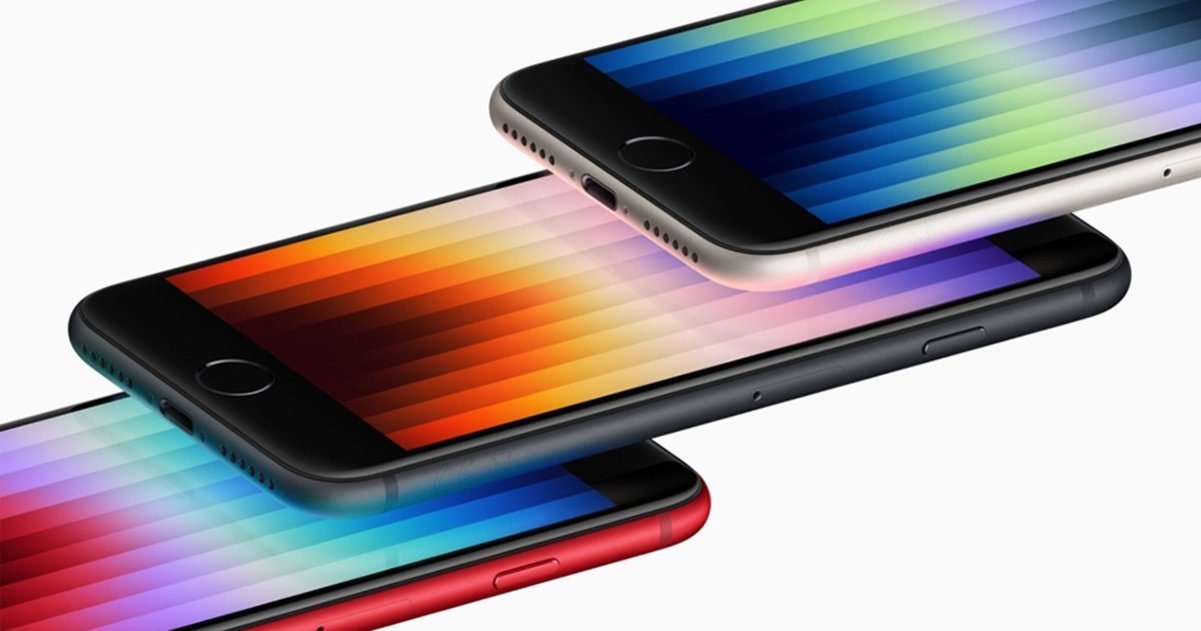 The third-generation iPhone SE is an interesting option

Perhaps the most important aspect of the announcement is that the aluminum introduced by the pioneers of Cupertino, synergy with the ELYSIS Industrial Research and Development Center

in Quebec for the iPhone SE, it is the first to be manufactured on an industrial scale outside of a laboratory, with no direct carbon emissions during the casting process.

The story is not new. Apple has been using user-friendly aluminum behind the scenes since 2019 in the 16-inch MacBook Pro and since 2018 has helped fund the development of the technology, along with Alcoa, Rio Tinto and the Canadian and Quebec governments, beginning in 2018.

In 2019, Apple bought the first commercial batch of aluminum from the joint venture, using it in the production of the 16-inch MacBook Pro. Every product in the iPad lineup, including the new iPad Air, as well as the latest MacBook Pro, MacBook Air, Mac mini and Apple Watch, is made with a 100% recycled aluminum casing.

Unlike the polluting method of aluminum smelting, which is around 130 years old, the revolutionary process integrated by apple creates oxygen instead of greenhouse gases, which means zero carbon emissions. Until now, aluminum was only produced using carbon anodes which, in contact with the oxygen present in the air, release CO2.

The new process uses ceramics and the residue is nothing but oxygen. The firm’s official announcement points out that “the investment was part of its Green Bond program, first announced in 2017, which raises funds to finance environmentally friendly initiatives, from the energy of production to manufacturing processes.

Until now, Apple issued $4.7 billion in bonds in a bid to go carbon-friendly across the supply chain by 2030, from the first two in 2016 and 2017, to the current 2019 Green Bond that supports 50 projects, including the promotion of low-carbon aluminium.

Lisa Jackson, Apple’s vice president of environment, policy and social initiatives, said the company reaffirms its commitment to “leaving the planet better than we found it, and our green bonds are a tool key to continuing our environmental efforts”.

The three green bonds awarded to various projects show how the investments are helping to reduce global emissions and bring clean energy to communities around the world.

Jackson explained that investments are progressing in innovative technologies to reduce the carbon footprint left by raw materials, while being directed towards recyclable and renewable materials for the conservation of the planet’s resources.

As part of the initiative, Apple purchased direct carbon-free aluminum to reduce emissions, the first to be manufactured on an industrial scale outside of a laboratory without creating direct carbon emissions during the process of merger.

The innovative smelting process of one of the world’s most widely used metals has the potential to reduce the climate impact of the production process and marks an important step in switching to recycled aluminum smelted using hydropower at the instead of fossil fuels.

More than $500 million of the 2019 Green Bonds have been allocated to clean energy projects, including the world’s largest onshore wind turbines, which power the company’s data center in Viborg, Denmark.