This is how Google Play will inform you of the user data collected by the applications.

Last May, the team of google play announced that next year a new privacy and security section will arrive in its app store, following in the footsteps of Apple, whose users have been able to view data used by apps for a few months now to track them from there. ‘App Store.

news that users will start seeing from the first quarter of 2022.

The new privacy and security section will arrive on the Play Store for require developers to inform the user of the data to be collected and shared by the applications before downloading them as well as their security practices. For this, they will display this information in the applications tab. 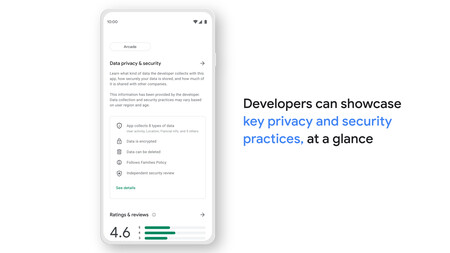 There, in the tab of each app, users will see a summary with the confidentiality and security of our data. Here the developer will have to share an explanation on what data an application collects or shares

, highlighting the security details as if you had data encryption, if it complies with Google Play’s family policy or if the app has been independently validated against a global safety standard.

Users will be able to touch this privacy and security summary to see more details, to see the full list with all types of data are collected and shared

, such as location, contacts, personal information (name, email address, phone number) or financial information, among others. In addition, they will also have to declare how the data is used and whether data collection is optional or necessary to use the app. 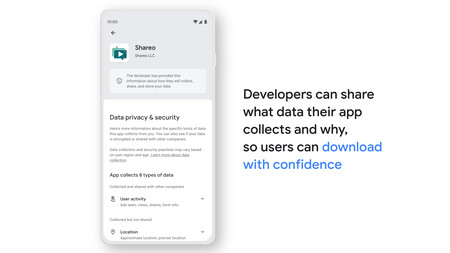 Google has created a series of privacy and security labels in which the user can deploy for context and developer’s explanation to access each authorization or personal information. Google Play will therefore require all developers to be transparent with the data they collect from their users.. 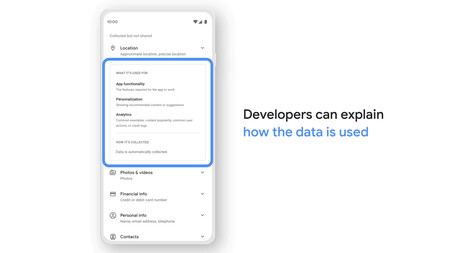