What is Android Auto missing to be even better? To find out, we looked at user requests and complaints and analyzed what the competition offers that Android Auto doesn’t have or can improve. Here’s the best Android Auto could do to go further as a driving platform. 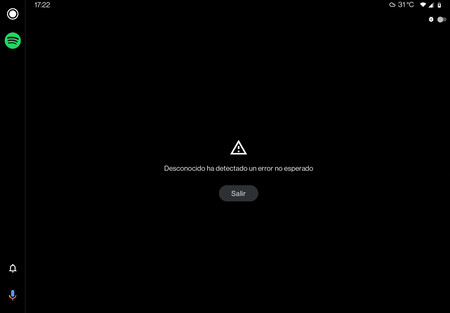 The errors are far from unrelated to Android Auto. A simple walk through reddit shows that the vast majority of posts refer to android auto problems. Sometimes the problems come from the mobile, other times they come from the car and sometimes even the USB cable is to blame.

This is relatively common for Android Auto does not connect properly or disconnects randomly, for whatever reason. Google has already tried to fix some of these issues in recent updates, with a built-in cable troubleshooter, but there are other bugs that persist, like the one below.

Let it be clarified with tongues

One of Android Auto’s most frustrating recurring bugs is that insist on reading languages ​​in the wrong language. The error started at least two years ago and the solution in the forums was more of a fix than a solution: change the mobile language to American Spanish.

These types of errors are recurrent and they continue to occur today and on recent mobiles. This reddit user is complaining that Android Auto is using US English when reading messages, despite having it set to Australian English. 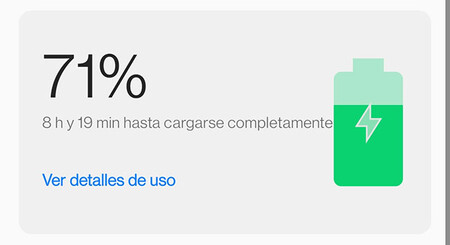 Add to this extra processing that car USB ports barely provide enough power to keep the mobile charged and sometimes we will have a power deficit. That is to say the mobile downloads while we use it with Android Auto. 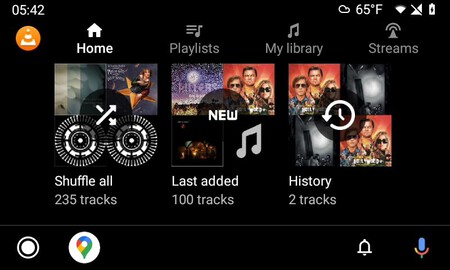 Android Auto inherits the apps we have on mobile, but you could say its main music player is YouTube Music. YouTube Music lets you play music you’ve saved locally in its mobile app, but not on Android Auto. If you want to do this, you have to resort to other applications, such as VLC.

The same goes for the video playback, although with the main difference that Android Auto from the factory does not allow you to play videos in any way: neither streaming nor locally, with the car stationary or running. The season seems to be opening up a bit, perhaps, with the Cast mode coming coolwalkalthough for the moment there is nothing confirmed.

Be able to choose the preferred map application

At first, Android Auto was Google Maps and that’s it, although today we have more and more alternative navigation apps, such as Here WeGo or Waze. You can open these apps without issue from the Android Auto home screen, although there is no way to mark them as default.

If you’d rather use another navigation app, it would be nice if Android Auto let you choose. which navigation app to use or the one you want to open on startup. This option (which application opens on startup) is still in testing and will not appear to all users.

let’s be honest, Android Auto is a bit harsh. Most of the interface is bare, with a bottom – or side – bar with a few buttons and a row of round icons. It is a functional design and adapted to be able to manipulate with the controls of the car, but we cannot say that it is pretty. It’s ok at most.

Google already has major Android Auto overhaul planned with the Coolwalk interface, which brings its design a little closer to that of Apple CarPlay, although there is still room for improvement. For example, there are those who prefer horizontal scrolling instead of vertical scrolling, or who would prefer icons of other colors. Being Material You one of the main novelties of Android 12, why not apply it to Android Auto as well? Why not give it a more personal touch?

An official version for tablets 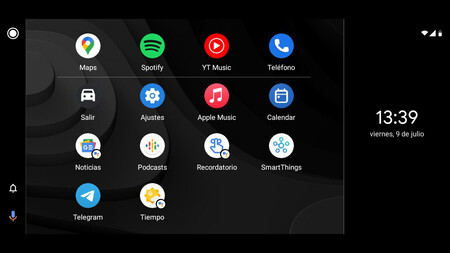 If it can be done unofficially with apps like HeadUnit Reloaded, why not officially?

Google has terminated the official version of Android Auto for phones, so today Android Auto as such only works in the car. However, it would be very useful for many users whose cars do not have this technology. that it was also available on tablets and/or Android car radios.

Technically it is possiblebecause we have seen how to do it using specialized applications such as HeadUnit Reloaded, so the only obstacle is the predisposition to carry it out. 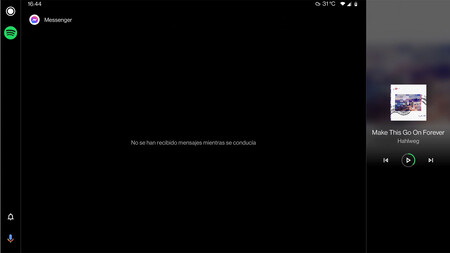 Android Auto integrates with many messaging apps – far more than CarPlay – but the integration is a little spotty. Completely notification-basedso you lose a lot of context and you can’t check previous messages, which arrived before the mobile connected to Android Auto.

There are important reasons for this – that you don’t get distracted while driving while looking at your WhatsApp – but the system could still be a little more flexible when the car was stopped or parked, for example. Technically, for Android Auto, the messages that arrive before you connect the mobile do not exist, and you cannot see the conversations you have opened in any application, until someone write. 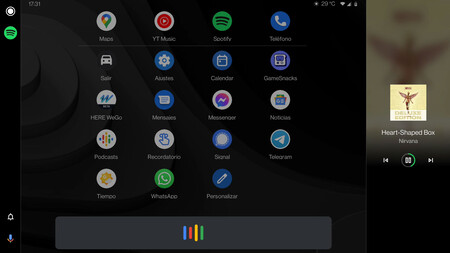 Assistant works great but sometimes it gets cumbersome, things as they are

Obviously, the vast majority of interactions with Android Auto are done by voice. This is actually one of its great advantages over the alternatives, as Google’s voice recognition works quite well. The problem is that Android Auto abuses the Google Assistant a bitcausing you to talk a little more than necessary.

Just like in the radio of yesteryear, we didn’t change the station by shouting at the radio, there are easier actions to perform with a button or choosing from a list, as long as they can be done safely or by the co-pilot. 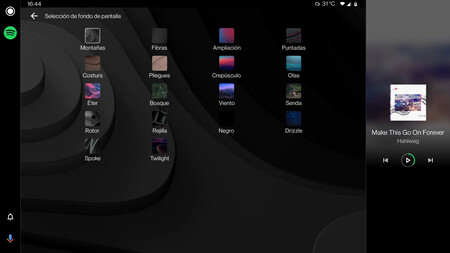 Android Auto lets you choose between 18 wallpapers in your settings and stop counting. It’s a welcome addition, as in the past there wasn’t, but it makes you want more. Why not use our own wallpaper?

Android Auto could benefit from more customization options like the ones we have on mobile, such as different styles and sizes for icons, fonts and, why not, even home screen widgets. There are unofficial applications for this: better if the support is official.

Vampire: The Masquerade – Swansong is featured in a new trailer

Vampire: The Masquerade - Swansong is featured in a new trailer