this will be the new file explorer

Selling as many units as possible has long ceased to matter to operating system developers; the key is to convince users to use cloud services. It’s no coincidence that Google constantly wants to convince you to use Google Drive or Google Photos to store your files.

The same is happening in the personal computer industry, with Microsoft and Apple offering their own cloud services built into their operating systems. An integration that reaches such a point that it will be difficult to distinguish between the cloud and our local storage.

The latest leak published by Windows Central it is a demonstration of the extent to which things change. Researchers got sketches of what Windows 11’s File Explorer will look like, with changes coming in a future update aimed at improving cloud integration.

It’s not just OneDrive. The idea is to encourage the use of Microsoft 365 programs, which is the new name for Office 365 after the Office brand was dropped. In the leaked images it is noticeable with a preview of Word documents, PowerPoint presentations and PDF files, with which we can see the content without having to open the file. 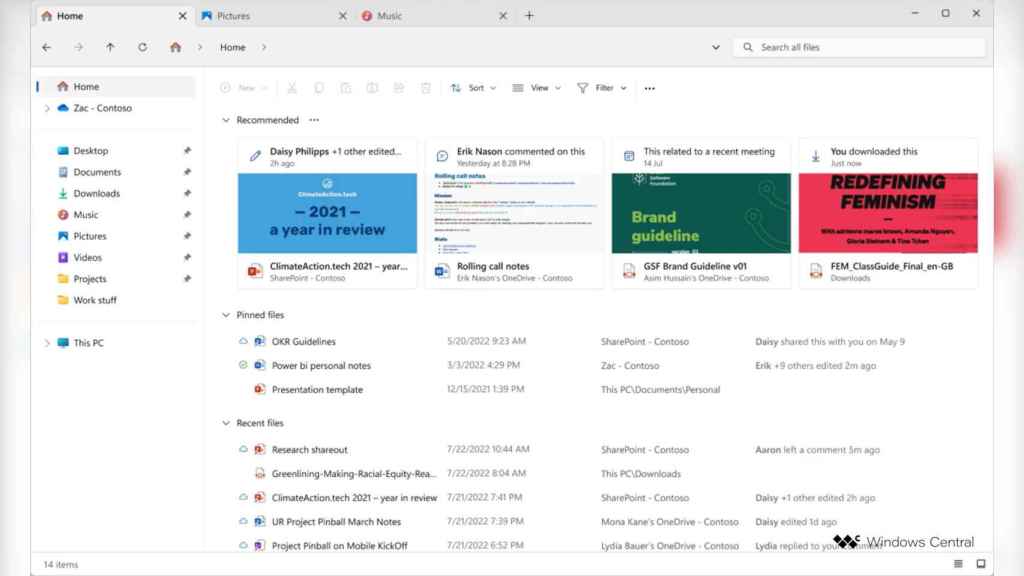 Integration with Microsoft 365 even reaches e-mail: it is expected that the file explorer can display access to the last e-mails received, as well as the comments that other users have made on the files that we shared, in a sidebar.

Other than that, what’s most striking about the new File Explorer is that it takes a step closer to simplicity. The current version is already relatively simple compared to those supplied with Windows 7 or Vista, but Microsoft has gone further, removing most buttons with functions like copy and paste, although hopefully the free space will suffice to display context-dependent commands (for example, which fields to change if you select an image). 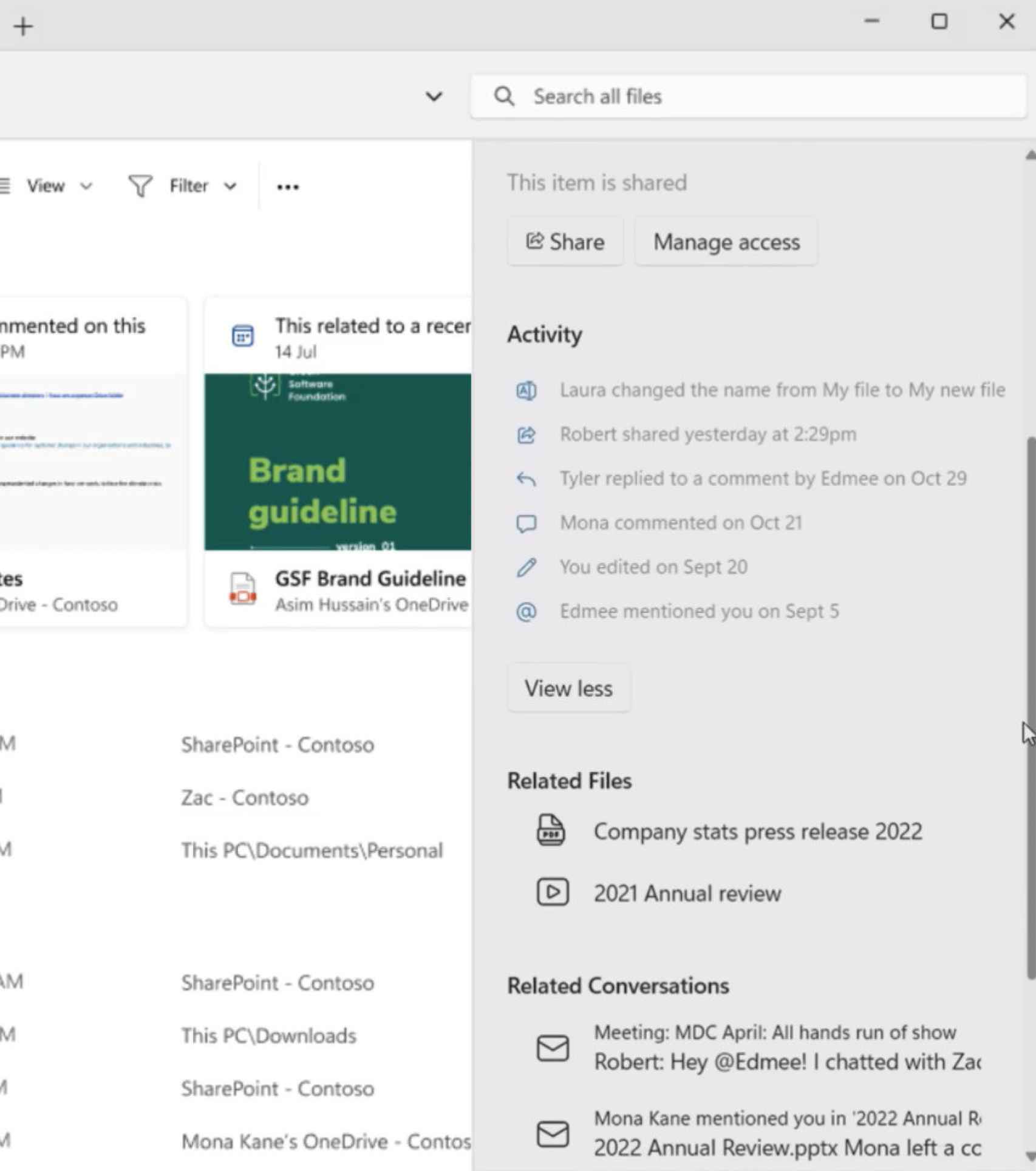 By default, when we open the File Explorer, we will find a list of recommended files, with an overview of their contents, which will allow us to continue working on what we were doing before closing the last time. The left column has also changed, both aesthetically and facilitating access to the folders that we have marked as favorites.

The design change is no coincidence: Microsoft wants to make it easier to use with a touchscreen, showing how important tablets and two-in-one devices will be for the future of Windows. This will put Microsoft and Google head-to-head, as Android also becomes more adaptable to larger screens and the Pixel tablet is expected to arrive this year.