Many changes are coming to Android, news that will come to phones and tablets around entertainment, communication and image editing. From an adjustable portrait mode in Google Photos that can be used even with plants, to a new highlight grid that will interconnect Google TV on mobile phones and TVs.

Amid the changes we find ourselves in, Google is bolstering its mobile operating system with Android 12L recently rolled into Android 12.1 and Android 13 which remains in developer testing. Also, he planned a list of new features for the Google Pixel, the so-called “feature drop”. What seems little news? well we already know what will soon come to all androids 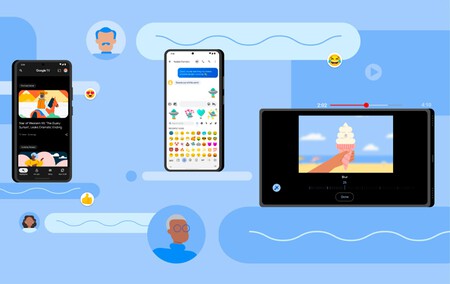 Google has extended the functions of the system to the various applications that it offers to mobiles and tablets certified for Android. This way it is much easier for you to carry the news since does not depend on updates from manufacturers: Users only need to download new versions of applications. There are even apps that update themselves, like Google Play Services or the Google Play Store itself.

The Android development company has announced a long list of new features available to all device users. These are:

All news will soon be available on the various Google applications for Android (some may already be tested). They are all generic and not exclusively limited to Google Pixels.

The Walking Dead Season 11: The Commonwealth on a promotional tour – that happens in episode 12

We tested a cushion with an integrated battery

The Walking Dead Season 11: The Commonwealth on a promotional tour - that happens in episode 12