VinGroup, the company that bought the brand, closes its mobile division

The mobile telephony sector is in further decline, this time with a certain nostalgia: VinGroup, the Vietnamese multinational that acquired the Spanish brand BQ, closes by surprise its mobile division, also that of televisions. VinGroup will be mainly dedicated to the electric car.

Raising a phone brand from scratch is no easy task, brands like BQ know it well. To sell Chinese mobiles under its name, the company then developed its own phones; thus acquiring great popularity in Europe. After the official landing of Chinese brands such as Xiaomi BQ, there was a clear setback; until it has to play its last card: VinGroup, the Vietnamese multinational, took a stake in the Spaniards until it took control. Now the story abruptly ends.

VinGroup closes its mobile division to focus on electric vehicles 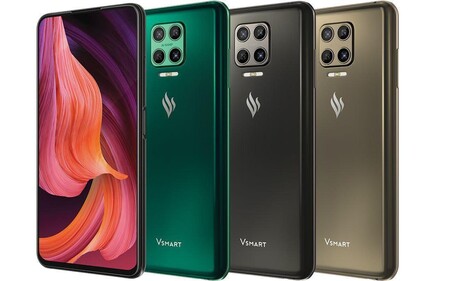 After acquiring majority of BQ shares, VinGroup tried to gain a foothold in the Spanish market presenting the first phones under its brand, back in 2019. The Vsmart Active 1+ was the main exponent of this new stage; with the Vsmart Aris and Aris Pro arriving in late 2020. Not that this brand would gain much popularity, but we didn’t expect VinGroup to abandon its mobile and TV division so suddenly.

As Vsmart himself confirmed in his home country Vietnam, VinGroup decided to close the electronics division, ending the manufacture and distribution of new smartphones. This applies to the whole world, Europe included.

Vsmart will continue to provide support and guarantees, at least in the country of origin (it should also do so in the rest of the territories where it has distributed its products). VinGroup manufacturing lines will continue to assemble components Until the end of the useful life of current products

. Once this useful life is over, the factories will share their processes between the multinational’s electric cars, which will be distributed under the VinFast brand, and the manufacture of products for other companies.

As indicated Nguyen Viet Quang, Vice-president and CEO of VinGroup:

“The production of smartphones or televisions is not a breakthrough and does not make a difference for users. Meanwhile, the development of smart cars, smart home and smart city offers many great benefits and experiences. at these points. “

Despite the fact that BQ has disappeared as a brand, Vsmart mobiles have always remained as a witness of the old Spanish company. Now we really have to say goodbye forever.

Diablo 2 Resurrected is supposed to be more accessible, but not easier

How to Avoid App Tracking on Your iPhone or iPad

How to Avoid App Tracking on Your iPhone or iPad