One of the few good things we can see in lawsuits between tech companies is the disclosure of their corporate communications. Thus, in an email from Bill Gates to his team, the founder of Microsoft admitted that Steve Jobs had taken them by surprise with the iTunes store. A letter that reveals how Jobs aroused the admiration as much as the surprise among his competitors.

Email revealing Gates’ surprise and reaction to the iTunes Store

the the email has been shared via the Internal Tech Emails Twitter account, obtained in the Comes v. Microsoft in 2000. We have condensed the paragraphs for ease of reading:

Subject: More Apple jobs … and time to have a great download service on Windows …

Steve Jobs’ ability to focus on a handful of the things that matter, recruit people who know how to interface well, and sell things as revolutionary are all fantastic things. This time around he sort of applied his talents to land a better licensing deal than anyone has ever gotten for music so far.

It is very strange to me. The record companies themselves offer a service that is genuinely hostile to the user and which has always been analyzed in this way. Somehow they decided to give Apple a chance to do something really good!

I remember chatting with EMusic and telling us that this model was better than the subscription because that way you know what you are getting. With a subscription, who can promise that the new things you want (and the old ones) will be there?

I’m not saying this weirdness means we screwed up. At least if we did, then Real, Presspaly and Musicnet and basically everyone failed as well. Now that Jobs has done it, we need to act quickly to have something where the UI and permissions are just as good. [como los de Apple].

I don’t know whether we will have to do it through a joint venture or not. Neither of the problems that exist. However, I think we need a plan to show that even though Jobs still took us by surprise, we are acting fast and reaching his level and surpassing him.

I’m sure the team has a lot of ideas on this. If the plan is clear, we don’t need a meeting. I want to make sure that we are coordinated between Windows DMD, MSN and other groups.

The birth of the Apple trio of aces 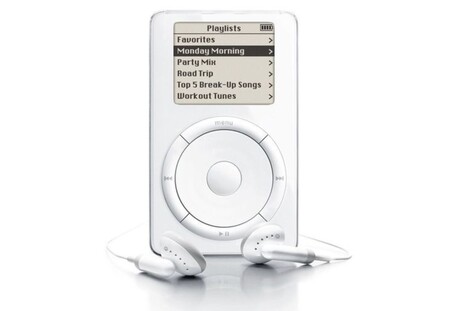 Apple launched the iTunes Store on April 28, 2003, just a year and a half after the original iPod was released. This was the logical evolution after the introduction of iTunes as a music library manager in early 2001 and the iPod only ten months later. The integration of a music store was a further addition for those who wanted to listen to legal music in an easy and comfortable way, a fundamental pillar of what was to come later with the iPhone, a phone that amazed us at the time.

When it opened, the iTunes Store was the only legal digital store that covered the top five labels of the time. In addition to a simple interface, Jobs managed to convince them to sell individual songs only $ 1 plus albums. In this way, they offered the user to buy only the songs they liked without investing the usual 10-15 dollars for a full album.

Apple offered record companies an alternative to the rampant piracy that existed at the time, betting on an initiative led by a fairly small company at the time.

With hindsight, Apple’s decision is obvious. Combine hardware (iPod), software (iTunes) and services (iTunes Store) in a user-friendly manner and free of obstacles caused by outdated business models. In the same way that current products also use this trio of aces quite successfully.

MSN Music in response to the iTunes Store in 2004 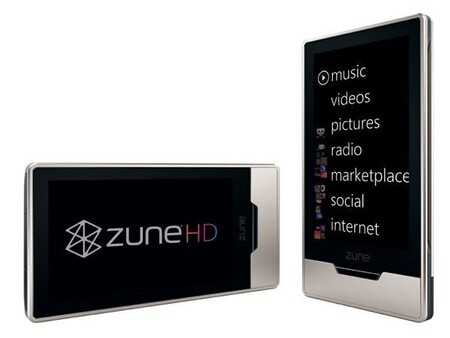 Bill Gates email has been sent April 30 at 10:46 p.m.. That is to say two days after the launch of the iTunes Store. His team set to work on an alternative called MSN Music. The service already existed, but they added the ability to buy music online in 2004.

Despite the best efforts, the service quickly proved to be inadequate. It was born in response to the iTunes Store launched a year earlier, using the Windows Media Player program and the DRM protected .wma format. Paradoxically, it was not compatible with the Zune player released by Microsoft in 2006, another attempt by the company to compete with Apple’s iPod.

Finally, in 2006, its closure was announced and has been replaced by Zune Marketplace. More advanced software designed to deliver content to the enterprise player. However, these devices didn’t have any better luck either. The Zune HD was discontinued in late 2011, ending the most advanced model to date.

This story shows, once again, that it was not that easy to do what Apple did. Combining intuitive software, attractive hardware and easy-to-use services it seemed obvious and it was enough to copy it. And yet, one of the most powerful companies of the moment has not been able to make a dent.

Ray tracing will only work for certain features

Netflix-inspired DLC for all versions of the game

Netflix-inspired DLC for all versions of the game