When your photo library gets out of hand, it’s time to clone it and split it into parts

If I have to mention the question that my clients ask the most in the training I give, I don’t need to think much: the photographs. And the most common problem I see is large photo libraries causing storage issues on Mac. Sooner or later, the time comes to reduce the size of this photo library, because managing hundreds of GB in one of them is an almost impossible task.

One of the methods of achieving this that is most successful in the long run is split this library into two or more, to use one of these libraries as the main one and leave the remaining ones as “storage” for older images that can be stored on one or more external drives. Frees up storage space on your Mac and improves the performance of Photos on macOS. And getting it is not too difficult.

The first thing we have to keep in mind is that we will need space, lots of space. At least a little more than double what our photo library currently occupies. And ideally, triple or quadruple. The reason is simple: we cannot divide our library into two or more directly. You need to make copies of this photo library to split it later, and we can do this in two ways.

Another important point is that, if the photo library that we want to divide is in iCloud, we activate the option to download all originals to the Mac and wait for the application to finish doing it before starting to work on the division . Otherwise, we would be handling low-resolution versions of our photos and we might lose the originals (stored in iCloud) when handling them. Ideally, the best thing to avoid problems is that the photo library we want to split is not stored in iCloud.

This method is the simplest, the one which gives the least complications but which is the longest: it suffices clone photo library file Photos for Mac, then we selectively delete the photos from the original and the copy. Copy and paste, let’s go. 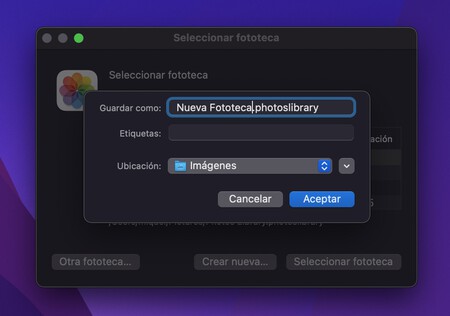 If we want to be more selective when creating a “warehouse photo library” for our photographs, we can create a blank photo library and add the photos we want

from the original photo library. To do this, simply open the Photos app for Mac via its Dock icon while holding down the ALT key (Option on most modern keyboards), and click the “Create a new…” (or clone it and empty the photo clone completely).

With both methods, the result is the same: having multiple libraries (one per year, maybe?) and using one as the main one while the rest can be a well cataloged warehouse on the Mac drive or external hard drives.

20 games on sale for Xbox you can’t miss

20 games on sale for Xbox you can't miss