Today is one of Microsoft’s big days, and it’s also one of the biggest in recent years as the Redmond giant presents its next big desktop operating system, Windows 11. And said guest is none other than Android, the operating system of Google.

The announcement fell like a bomb because it is a process more complex than it seems since Microsoft and Google did not reach any agreement but rather Microsoft and Amazon. The two giants will integrate their stores so that we can locate, install and operate Android apps from the Microsoft Store to be served by the Amazon Appstore 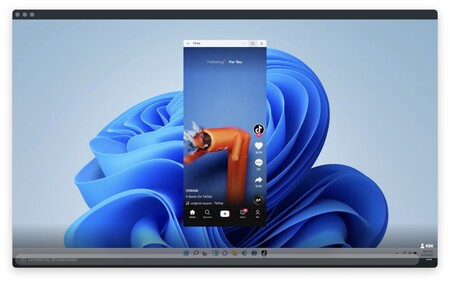 Windows 11 will run Android apps installed from the Amazon Appstore

As we said, it will be an integration between the two stores of the two operating systems. In Windows 11, the Microsoft Store will continue to be used as the primary source for its apps but now inside There are also applications designed for Android

. These apps will be served and maintained by the Amazon Appstore, Amazon’s Android app store for your own devices which we can also install on any Android.

With the advent of Android apps that run natively on Windows 11, Microsoft is bringing desktop and mobile platforms even closer and face to face with the arrival of M1 chips

to Apple devices, which allow greater sharing between ecosystems. 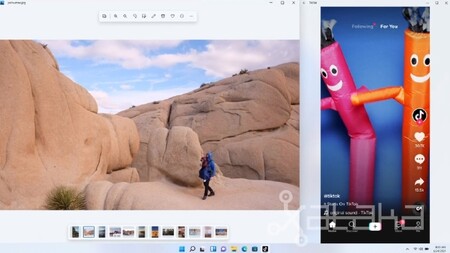 During the live demonstration, Microsoft showed the TikTok application running natively on Windows 11, bridging the gap between the two operating systems. Android apps can be located, downloaded and installed in Windows 11 through the Microsoft Store and will function as if they were applications designed and built for Windows, even if the system is running on an Intel processor.

Xbox at the presentation of Windows 11, we tell you the news

The next game offered will sound the ghostly retreat

The next game offered will sound the ghostly retreat