An improvement th at comes thanks to a new weekly update of MIUI China ROM 21.11.2, version V5.6.9-211028.0.1. An update that is added to compatible phones that install a sort of floating box for apps and shortcuts 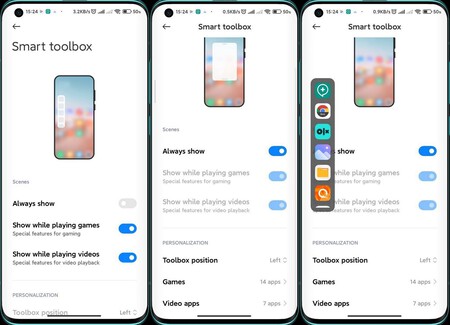 This is an update that reaches MIUI China ROM at the moment via update V5.6.9.211028.0.1 of the “Security” application in the “Settings” of the phone. A feature that is activated from the route Settings

At the moment the new toolbox can be placed anywhere on the screen to make it more accessible, as if it were a floating window, by activating the “Toolbox position” box in the customization section.

Once installed, the user can have access to some sort of mini smart app box. From here, you can access a series of shortcuts with which to perform various actions, ranging from opening floating windows, sharing information or writing notes.

This add-on is functional with Chinese MIUI ROM and as of yet we have no news when the company will bring it to terminals that use the MIUI 12.5 World ROM.

NBA legend Magic Johnson to have docusery on Apple TV +

NBA legend Magic Johnson to have docusery on Apple TV +