The MIUI custom layer begins to include a new security mode with which Xiaomi intends to protect the user from malicious applications: “Pure Mode”, the name given to the newly released mode. block installation of apps in APK. MIUI will allow, yes, to use the mode required by the owner of the phone.

Installing an app is not a problem since there is the Google Play store for this task. And, in case you don’t want to go through this place (or can’t), Google leaves the APK door open, applications that the user can download to their phone as they wish

. This adds a lot of freedom to Android, although it also represents a serious security flaw. Xiaomi has planned a way to resolve these security concerns.

A more restrictive mode that can be turned on and off 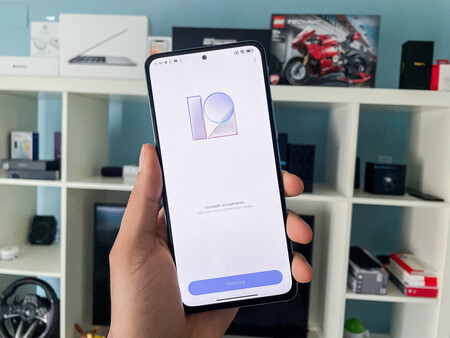 MIUI has accumulated a large number of functions over the years and successive versions. In reality, the layer has so many parameters of its own that it can even overwhelm. This has many advantages, but also some disadvantages. The future Pure Mode could be halfway between the two.

As captured by IT Home from MIUI betas in China, Xiaomi incorporates the aforementioned “Pure Mode” in the most recent versions

Android custom layer. This function will reach a selected group of Chinese users with the intention of adjusting the future adjustment; which will surely end up in most of the brand’s phones.

Once the “Pure Mode” is activated, MIUI will restrict the installation of applications in APK format in order to reduce the risk of infections by malicious applications. The mode will be under the control of the user, Xiaomi will not cut the possibility of downloading applications outside the official stores in the bud

With “Pure Mode” the applications they will see the door closed to unwanted background software installation by the user, one of the main risks faced by Android. In the case of wanting to install an APK, reestablishing access to unknown sources would be as easy as disabling the mode. At least as Xiaomi raised it. 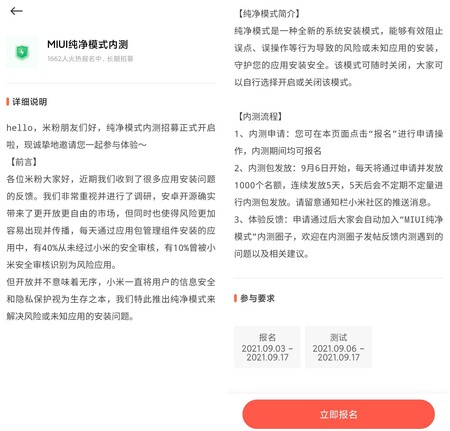 The function is starting to be tested in China and for some users. MIUI is expected to integrate it in future versions once Xiaomi verifies that it works as expected. It is likely that until it arrives with MIUI 13, we will have to keep track of it.

Via | It is the house