Today was one of his big days for Xiaomi so far this year. The Chinese manufacturer organized the traditional annual Lei Jun conference in its home country and took the opportunity to make a few presentations. Among them, the Xiaomi Mix 4 with the screen hidden under the screen and the new Mi Pad 5, which arrived with a surprise.

The new tablets not only signify the return of the Chinese brand to the tablet market after three long years of waiting, they also signify the split of its proprietary layer. As Apple did a few seasons ago with iOS and iPadOS (now in version 15), MIUI now has two aspects: MIUI for mobiles and MIUI for Pad for tablets.

MIUI for tablets is already a reality 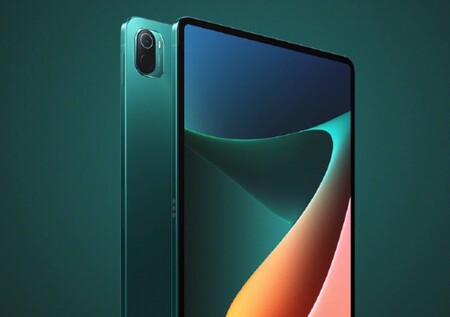 The Mi Pad 5 and Mi Pad 5 Pro have landed in the Chinese market in almost strict compliance with each of their previous leaks. Like those who spoke, for example, that the screen would have 120 Hz, that the processor would be a Snapdragon 870 (something that was partially filled, since the normal Mi Pad 5 chip is the Snapdragon 860) or that would have a custom stylus.

But among all the specifications offered by the brand, Xiaomi took a few seconds to slip that the new Mi Pad 5 does not have a normal MIUI incorporated but one suitable for tablets. And of course, such a change had to be given a specific name and that name is none other than that of MIUI for Pad

. Although almost no information was provided in this regard, the little time that MIUI for Pad has been talked about on stage served to provide some data.

For example, we know it’s a MIUI personalized and suitable for large diagonal screens like the 11-inch LCD screen worn by each of the new Mi Pad 5. It is also a system focused on productivity and which will allow, among other things, run multiple apps at the same time and as floating apps, resembling MIUI on a laptop operating system or Apple’s iPadOS. But we also have a layer prepared for the new Xiaomi optical pencils and which will gain in functionality to have even more specific uses. In the style of the Samsung S Pen of the Note, for example.

Looks like, the new MIUI for Pad was born from MIUI 12.5 and it will first arrive aboard the Xiaomi Mi Pad 5. We will have time to test it when the time comes, even if, unfortunately, it seems that neither of the two tablets will officially leave China. We’ll see how long it takes to sink our teeth into the new tablet-specific MIUI for Pad. We will keep an eye on him.

Evil Genius 2 will land on game consoles this year