You can now install Google Camera version 8.1 on your mobile, even if it is not a Pixel

Version 8.1 of the popular Google Camera is now with us, the version that brought the improvements that the Google Pixel 5 and Pixel 4a 5G released on older Pixel devices last month. And now, the rest of the owners of a compatible Android mobile, Google Photo App’s New Port May Now Be Popular.

The GCam, the other name by which the Google camera is also known, includes in this version 8.1 a new user interface

and some features like a “storage saving mode which allows us to optimize the space occupied by the photos we take with the mobile”.

For all phones, Pixel and non-Pixel 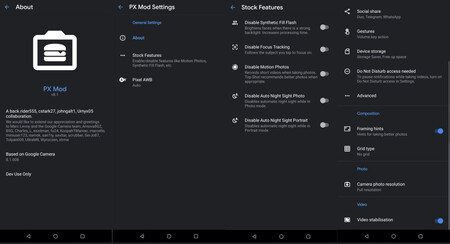 The adapted version of the Google Camera is now available for other phones that do not carry the Pixel tag. This mod comes from the hand, as on other occasions, of one of the members of XDA. In this case, it is Urnyx05, which released Google Camera 8.1.008.

This port includes all new functions this can already be seen in the official app launched by Google for its Pixel phones. Specifically, these are the changes it makes to all compatible phones.

This development should work on most phones, both Pixel and non-Pixel, although errors may occur with some models Samsung and OnePlus or with models from other manufacturers using the Snapdragon 845 processor. The new development of the Google Camera 8.1 can be downloaded from this link

You can now install Google Camera version 8.1 on your mobile, even if it is not a Pixel

Call of Duty – Black Ops Cold War: Did you get this game as a gift? Discover our complete solution – news