YouTube for Android enables video transcription: here’s how it works

Application YouTube for Android brings to our mobile devices a feature that has been available on its desktop version for a few years. it’s about the video transcripta feature that allows us see the full transcript of a video.

This novelty in the tests should not be confused with the subtitles, which also allow you to read the transcription of the video. the new section “Show Transcript” has important differences. 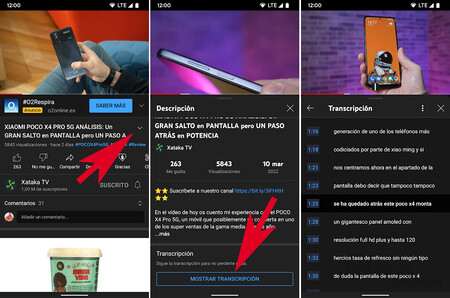 The new transcript of YouTube videos which has already started to reach the first users is a bit hidden. To find it, go to the description of a video and see if the new button appears at the bottom view transcript.

Unlike subtitles which display the real-time transcript directly on the video, the new transcript section show all video script in a vertical list, displaying a timeline with the words that are said at that moment in the video.

with what this new section allows us to search for a certain moment. 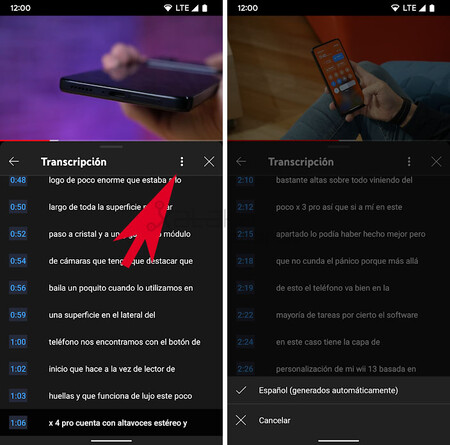 Too bad it does not allow us to search for its transcription as it does in its desktop version, so to search for when a word or phrase is going to be spoken we will have to do it by hand.

Google activates this novelty through its servers, so it does not matter if you have updated the YouTube app for Android to the latest version. This feature should be rolling out to everyone in the coming weeks.

Through | AndroidPolice
In Engadget Android | YouTube for Android renews its full-screen player: these are all its new features