It appears that Zoom is in the process of a complete renovation, knocking down the walls in his living room and redoing the entire interior to be able to continues to grow beyond its current limits. Just yesterday, we knew the company was already creating a messaging service to launch in 2021, along with a calendar app.

With these changes, Zoom would like to turn its video calling service into a complement to a more complete suite of apps, and it looks like the first step has come right into its main app. At least that is clear from the series of improvements incorporated in the latest update, improvements, including SMS management.

Zoom, a messaging app for your paying users 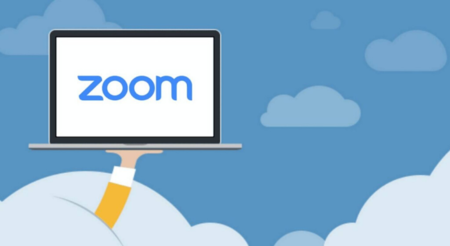 Zoom has updated its video calling app, an app that receives a lot of improvements just a few days before the end of this 2020 disaster and in which we find a lot of small bug fixes and different performance improvements. Support is added for Apple’s M1 processors on the desktop, for example, and the integration of contacts in the cloud is improved.

Polls are also enabled during video calls while feedback is improved, along with features like raising a hand to intervene during calls. But the most important improvement is the one that makes Zoom virtually a messaging management application for mobile phones. An application to be able to send and receive SMS, as we do with the manufacturers’ proprietary applications or with Google Messages.

This feature, however, happens associated only with paying users of the platform. Zoom account in the text accompanying your update stating that “Windows, macOS, Linux, Android and iOS users with Zoom Phone Pro licenses can use their assigned direct phone numbers to send or receive text messages (SMS and MMS ). “

So, all of a sudden, Zoom became an email management app without warning, lay the groundwork for even greater expansion in 2021. We’ll see what Zoom has become with the changes introduced and the future, maybe we’ll find a company that can stand up to heavyweights like Microsoft or Google, who knows.

In January, you can play it all on your Xbox One and Xbox Series X / S