From the movies of suspense with budgets more or less adjusted to the cinema of paranormal events with strong influences in Japanese folklore there is a huge stretch. GhostWire: Tokyo embraces that huge range of influences and brings them into their turf. And it is that to speak of the new nightmare of the creator of Resident Evil and The Evil Within is to refer to a very specific film genre and not sufficiently claimed on this side of the planet: el cine de Yokaithat of monsters born from Japanese folklore.

Because the image of a Japan that fills movie theaters with huge Kaijus capable of demolishing entire cities, costumbrista dramas of schoolboys with a silly twist or new twists to the classic samurai cinema and martial arts is not too far from reality, but there is a whole cinematographic underworld of which GhostWire: Tokyo drinks and that very occasionally appears in productions that have enjoyed enormous international success.

What is Yokai cinema and what does it have to do with GhostWire: Tokyo?

The Yōkai (妖怪) are more or less the Japanese equivalent of Western spirits, myths, and demons. Something like the legends that are born all over the world, like the lobishome of Galicia, the Irish leprechaun or the chupacabra of America. It is not something new, of course, since in the myths of Ancient Greece there was already talk of fauns. Of course, Japanese legends have a unique depth and very special within its own culture.

It cannot be said that we have been oblivious to the entire culture that is born from the Yokai. Beyond their recurring appearance in manga and anime, as well as in video games like Nioh, these beings have found their way to reach all audiences. Without going any further, there we have the popular Yo-Kai Watch saga. And, of course, there is an entire film genre around this phenomenon. 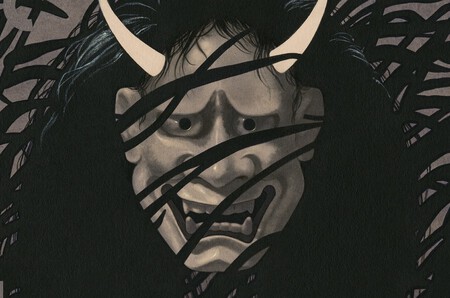 From here you have to have a very clear element: Yokai cinema is not born as a result of the success of The Ring

O Ju-on: The Grudge -films that were later produced in the United States- but it comes from long ago: films that already add up to half a century or more like The other side O Onibaba They already dealt with very similar topics. Sometimes setting them in their corresponding time and others in the fascinating feudal Japan.

GhostWire: Tokyo It is a perfect showcase of all that Japanese mythology through those spirits that invite us to fight under the neon lights of the current Japanese capital. A great mix of ideas that seeks to break down the limits between legends and take them to a more recognizable terrain and, as we will see, also takes into account the most contemporary horror stories that have emerged in current cinema or the internet. But, logically, his vision goes much further. 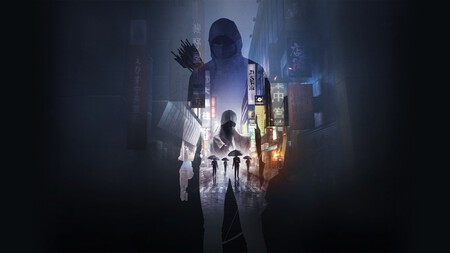 Of course, not all influences from GhostWire: Tokyo reside in the Yokai cinema. Ultimately, both the J-Horror such as the great Hollywood cinema and what is produced in its back room have a huge impact on a global scale which, in turn, has a huge impact on the video game industry. Bethesda’s new game knows how to borrow elements from recent movie sagas to great horror movie classics and takes them to its own terrain to give them the form of a video game.

Kenji Kimura himself, director of the game, admits that the literature of authors such as Connie Willis (quoting his work Transit) Philip K. Dick (Valis) or JD Bernal (The World, the Flesh and the Devil: An Inquiry into the Future of the Three Enemies of the Rational Soul) have had a huge influence in crafting the narratives and bringing what they learned to life. Japanese culture that manifests itself in the video game, although as we will see, there is a wide margin for essential movies and series that will delight anyone who is passionate about suspense movies and paranormal phenomena. 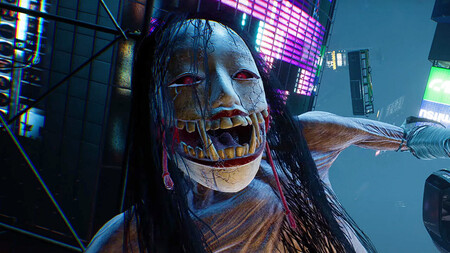 Kuchisake-onna, a very recurring Yokai in video games, could not be missing in GhostWire: Tokyo

On that basis, in iGamesNews We wanted to bring together more than a dozen works from film and television that, more or less indirectly, have contributed to forging the aesthetics and identity of GhostWire: Tokyo . Some very clearly and others not so much. But not only that: as you will see in our list you will also see works that share very specific elements with the new Shinji Mikami game and that we also think you might like.

Without further delay, below you will find 13 works focused on suspense or the paranormal that we recommend if you like the dark and interesting theme of Ghostwire Tokyo.

The best way to start our selection is with a work by Kiyoshi Kurosawa (no known relation to Akira Kurosawa), one of the great masters of Japanese horror cinema. In case of Kairo

based on a novel by the director himself, is the best example: spirits have begun to reach the world of the living through the internet.

Fog is a very interesting resource in horror games. In Silent Hill, a spectacular setting was achieved, and it also serves a certain purpose in GhostWire: Tokyo. Clearing it out and surviving the horrors that lurk within will be one of the game’s priorities, making the cinematic reference all the more necessary: The fog, The film based on the homonymous story by Stephen King.

The adaptation to real image of Alice in Borderlands perhaps it does not have that mystical component of Ghostwite: Tokyo, but there are similarities too marked to be overlooked: the investigation, the action and the solemn image of a practically empty Tokyo. But, unfortunately for the protagonists of both works, those streets are not technically uninhabited.

The Ring it was the beginning of a cinematographic phenomenon in itself. Not only was it possible to create what could be a modern Yokai, a philosophy shared with the Bethesda game, but its legend spread worldwide. A mysterious videotape contains a curse that will kill anyone who sees it.

that the success of Ju-on: The Grudge was towed by The Ring it is something that can be argued, but his way of bringing terror to the modern world was on another level. Without going into details, the end of the film could fit perfectly with the universe that is presented to us in Ghostwire: Tokyo.

Premiered in Europe a month before the release of Ghostwire: Tokyo (although it was released in Thailand in 2021) The Medium is a story of spiritualism that takes place in the Isan region of Thailand. The events may not take place in an urban setting, but this twisted Thai version of The stranger

manages not to leave indifferent. 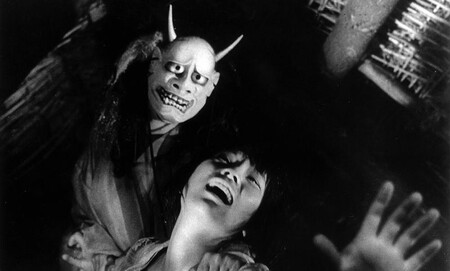 the hannya mask gives image and name to the occultist who lends his image to Ghsotwire: Tokyo. It is representing the spirit of a woman consumed by thirst for revenge. In this regard, it is impossible not to refer to the demon witch Onibabawho names one of the cult films of classic Japanese cinema.

There was a time, after the turn of the millennium, in which the fake documentary format prevailed when it came to making horror films. Noroi: The Curse is one of the clear exponents of this trend and, in the process, leaves us with a conjured demon that seems to have a unique relationship with each of the protagonists.

Every week, an old masked storyteller appears at the same time in a playground. In addition to his paper theater, this mysterious character brings with him ghost stories, urban legends and stories inspired by Japanese folklore, offering his young audience a show that will not leave them indifferent.

The Warren File saga is inspired by the real works of married parapsychologists Lorraine and Ed Warren. What do they have to do with Ghostwire: Tokyo?

Tango not only borrows items in cutscenes, but has also been allowed to leave them in the game. a tribute in the form of a note That leaves very little room for guesswork. Perhaps the Vatican always needs more evidence before jumping to conclusions, but we don’t.

Premiered in 1964, The beyond It is a classic of Japanese horror cinema. Masaki Kobayashi directs four stories about a poor samurai, a blind lumberjack, or a blind musician making sinister connections with supernatural beings. Four sinister portraits of four people whose destiny seems to be sentenced by the spirits.

During a move, and after a succession of intense emotions, the young Chihiro ends up trapped in a city populated by all kinds of spirits and supernatural beings. A journey towards her own maturity that, by the way, is among the best of Hayao Miyazaki’s work. It’s more, Spirited Away it was for many years the highest-grossing film in all of Japan.

Slender Man’s origin is neither Japanese nor does he have much to do with Japanese folklore, but there is a curious common bond that makes him work wonderfully as an enemy in Ghostwire: Tokyo like in his own movie: the Noppera-bō, a faceless Yokai. The similarities are obvious.

There is an essential element in Ghostwire: Tokyo that we could not ignore: the Kuji Kiri. It is about the seals that Akito uses to face the spirits of the game. Something that can be seen in animes like Naruto although, for the occasion, we wanted to take into account a better-known movie and in which they are used in a much more similar way: nothing less than Dr. Strange, from Marvel Studios.