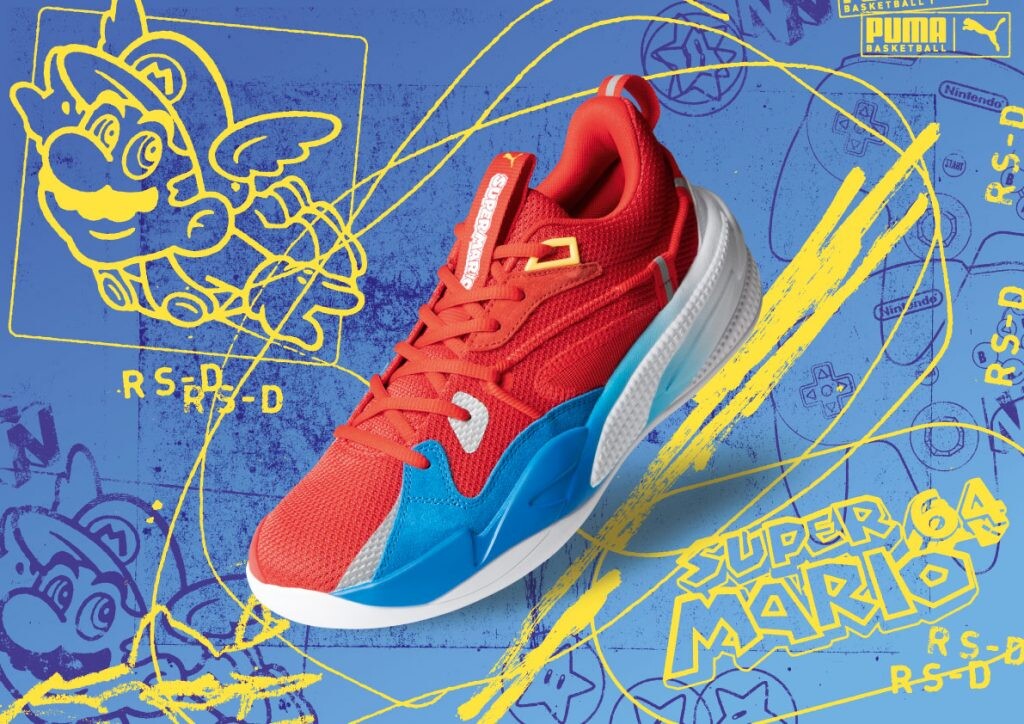 They say that there is no greater joy than seeing a child in new shoes. Although, of course, brand new sports inspired by our favorite video games And showing off them can be even better. Cause they won’t make you run like Sonic, nor jump like Mario much less will improve your winning streak in FIFA or your favorite shooter, but it is quite likely that your walks will be done a little more enjoyable.

On iGamesNews Not only do we carry the passion for video games as a flag, but there are even days when we wear it on each foot. In the most literal sense of the expression. Precisely for this reason, we have proposed to make you a very different and even more special selection: we have gathered in one place more than a dozen sports games based on video games and consoles. Some of classic design and others not so conventional.

Taking into account that several of them are very limited editions or have been discontinued, it will probably cost you more to get them. Of course, there are specific models that could not be missing in our selection. Others can be purchased today. In this second case, and because every day is a good day to make a gift or a self-gift, we leave you the links to the stores where they are available.

Without further ado, below you will find 17 shoe models With which you can show off those video games that obsess you and the logos of your favorite consoles wherever your feet take you. 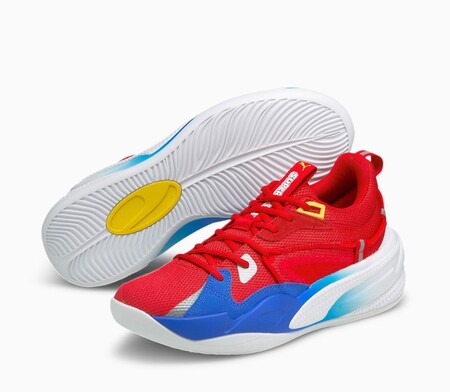 As we will see, video game anniversaries are a recurring excuse when launching models of themed shoes, and to commemorate the 35 years of its superstar Nintendo allied with Puma. The result? Three models based on the three titles included in Super Mario 3D All Stars.

Although each shoe inspired by the classic Mario has its own charm, we opted for the model of Super Mario 64 It is because they are the ones that channel the charismatic character the most and best. Not only through its colors, which too, but with details such as the stars on the heel or its insoles. 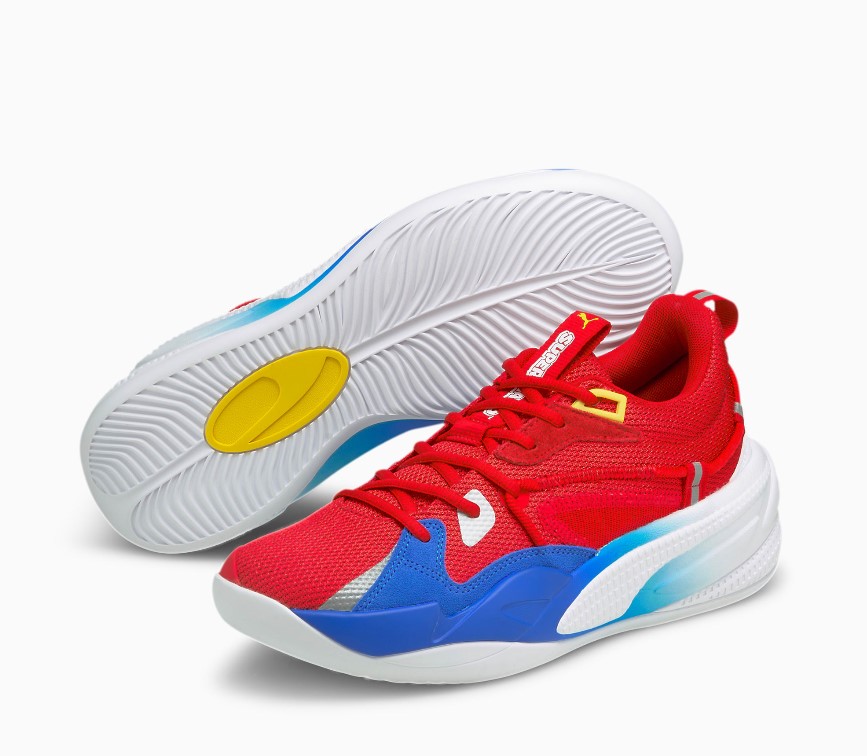 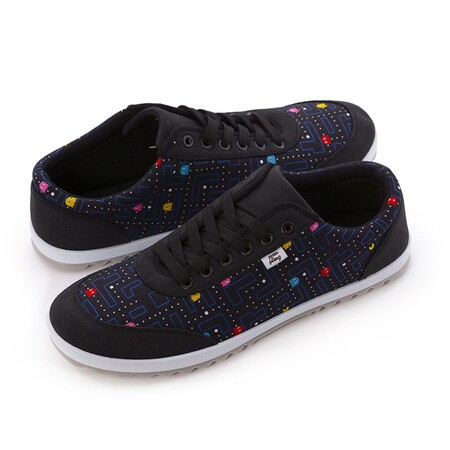 The Bandai Namco Pacifier is one of the great classics of video games, and these shoes are more than a tribute: they dress our steps with their timeless formula with an infinite maze full of ghosts and pac-dots. 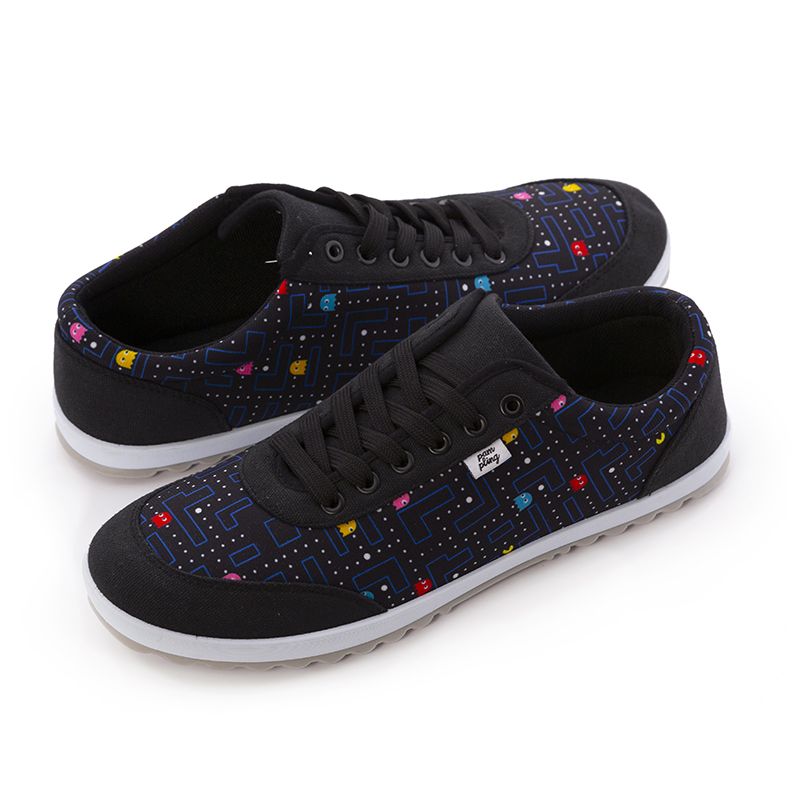 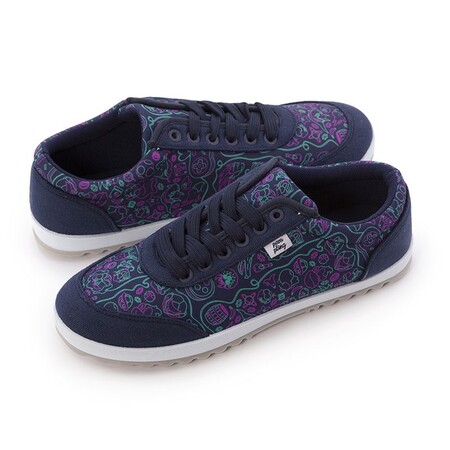 Coddesigns brings together countless images and faces of the Brain of the Beast in a print that will fascinate everyone who played the SNES: from the faces of Nintendo superstars like Yoshi, DK or Samus to absolutely recognizable items and exceptional guests. Isn’t that one that appears Chrono from Chrono Trigger? 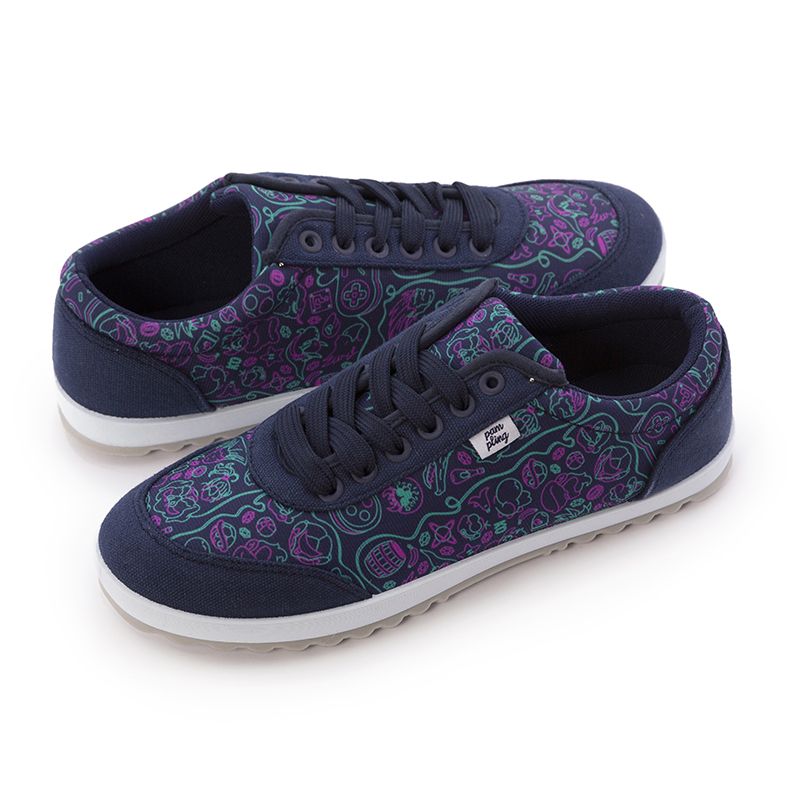 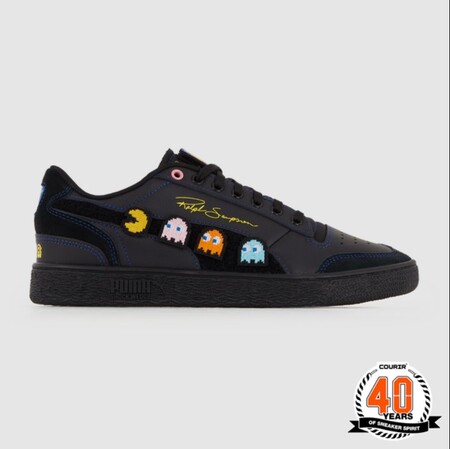 Ralph Sampson and Puma join the celebration of the 40 years of PAC-Man with a model elaborated and distributed by Courir and especially elegant in which the color of Comecocos himself and the ghosts claim all the prominence.

The curiosity: in addition to the details distributed throughout the footwear, we can place the pixelated figures however we want through the velcro system. 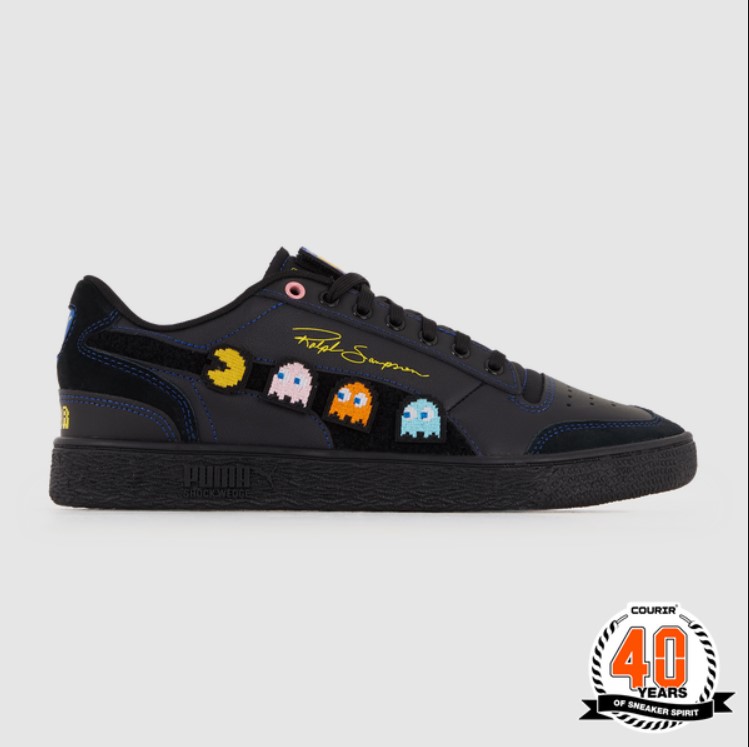 The essence of the 90s and the spirit of the first PlayStation take the form of a Nike shoe that came out as a limited edition and that they are pure fanservice– Its design is not only inspired by Sony’s 32-bit design, but also brims with small details such as classic icons on the controls, interior motifs and on the sole.

What would the same model look like but inspired by PS5? Released May 14, 2021 And with Yujin Morisawa (the artist responsible for the design of the PS5 console) involved in its design, the Nike PG 5 PlayStation 5 Colorway introduce a huge variety of changes – beyond the color itself – to dress the PG 5 of PS5. 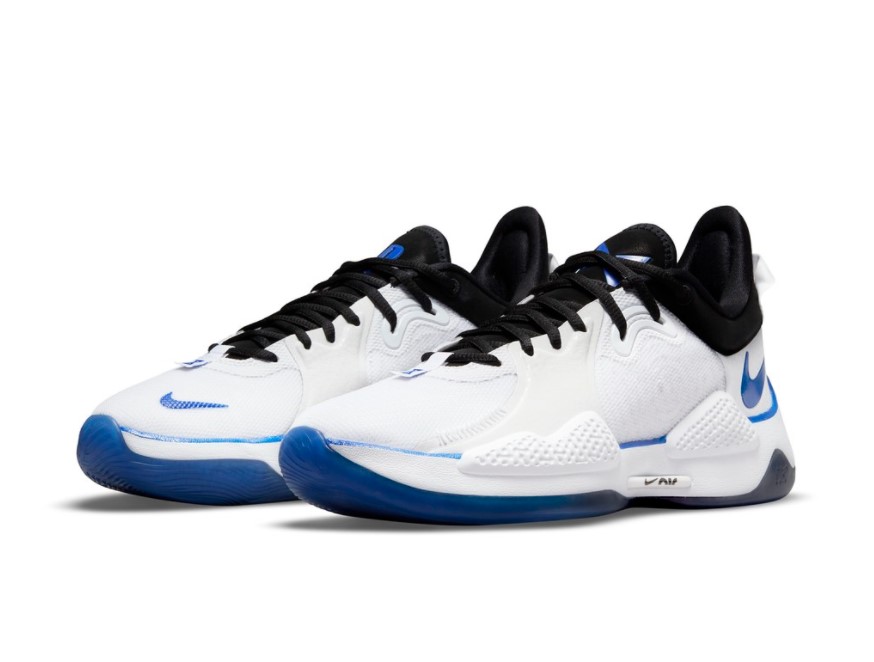 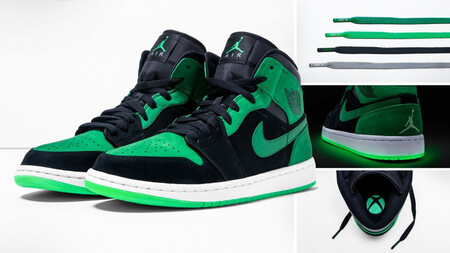 It would be unfair to say that Nike has only had eyes for PlayStation. In fact, these spectacular Air Jordan presented During E3 2018 Microsoft takes the Xbox brand to the next level.

Beyond the sensational choice of colors of the two models presented, there are details that make them quite a whim: their insoles and laces carry the Xbox brand, and their soles give the master touch to the whole. 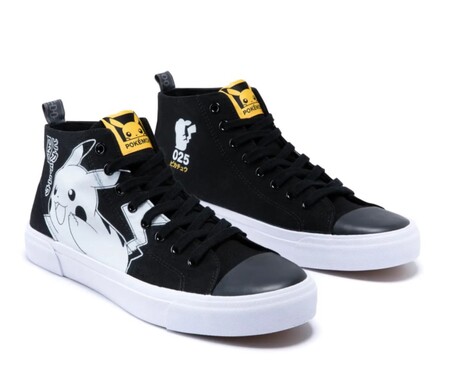 but with these sneakers inspired by Pokémon and with the classic design popularized by Converse we can celebrate it to infinity. There are different designs and colors, but they all have the same theme: celebrating the quarter century of the pocket monster saga. 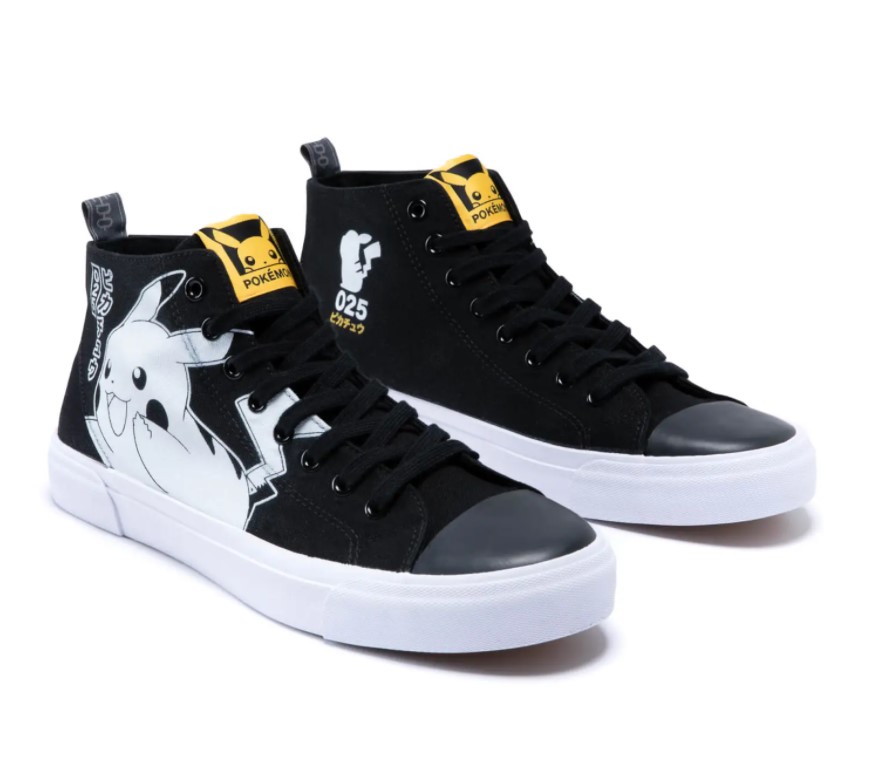 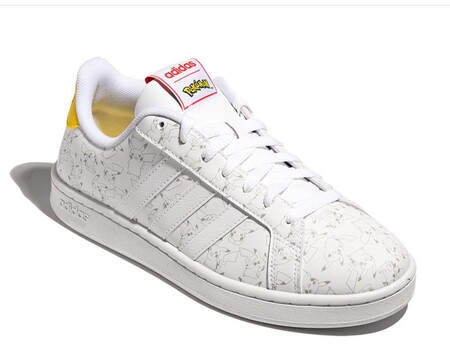 Adidas has launched numerous designs and models dedicated to the brand over the years Pokémon. Some of them are for the youngest Pikachu fans and others are specially designed to enjoy the sport.

In our case, we are left with the series Adidas neo x Pokemon. More discreet, with different patterns and perfect to use at home, for a walk or, why not? go to work with that joy that Nintendo characters radiate. 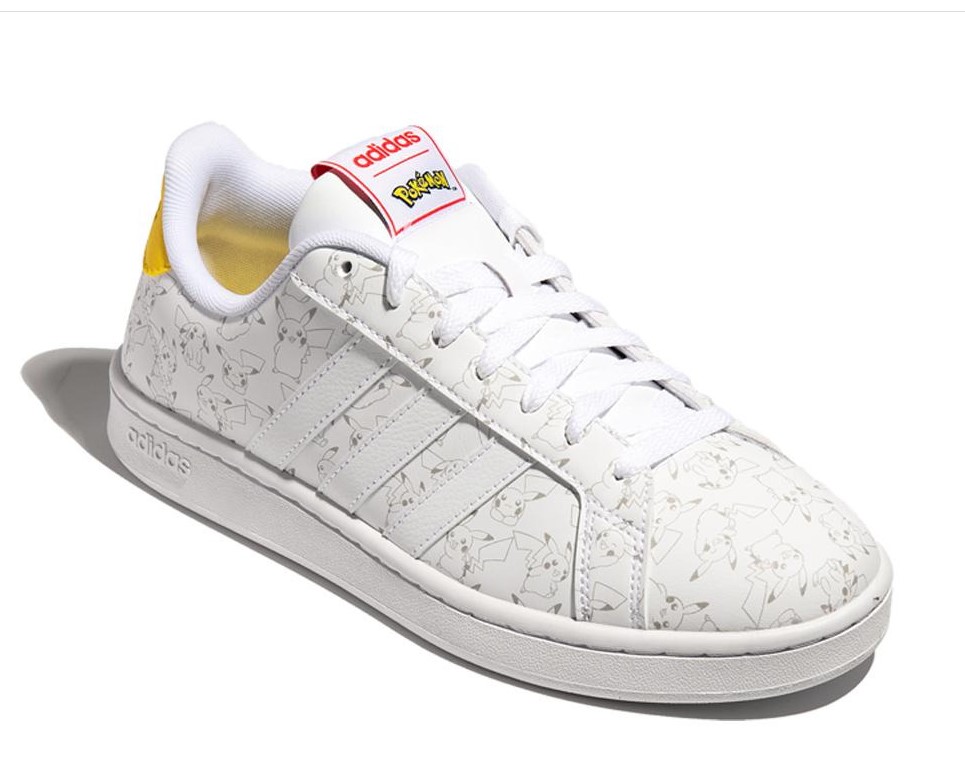 In 2017 the 30 years of Street Fighter, and Diesel was present at the celebration with his own line of sneakers inspired by Street Fighter V launching five themed models, each one dedicated to a world warrior: Ryu, Chun Li, Bison, Nash y Birdie.

Each pair of sneakers not only borrowed the main colors of each Street FighterBut it added interesting extras. For example, on the soles you could read the super attacks of each fighter. One last. 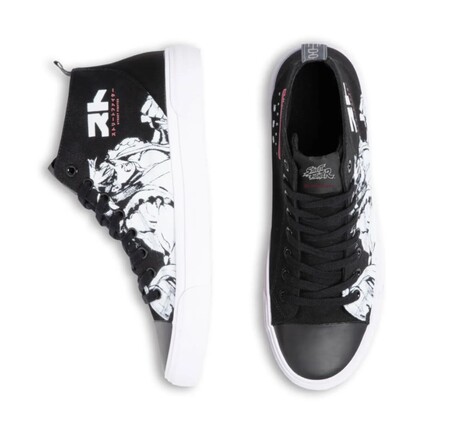 Taking the spectacular arts of Ryu and Akuma from Super Street Fighter II from GBA (one of the best editions of the cult classic) Akedo launches two models of sneakers with two color variants each. A whim for fans of the saga with Capcom’s official license. 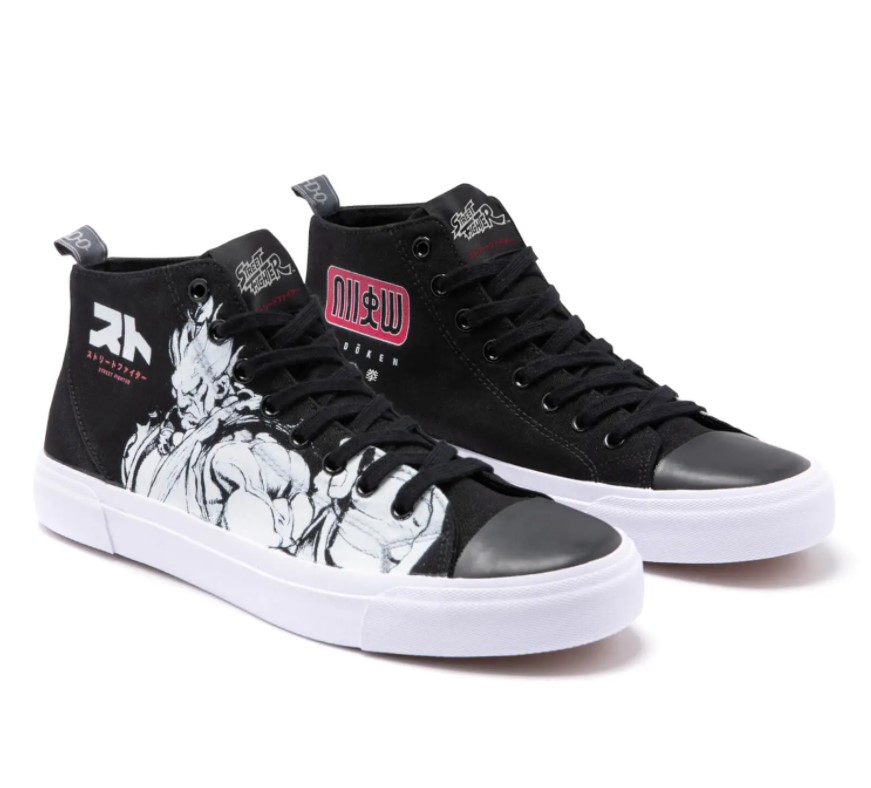 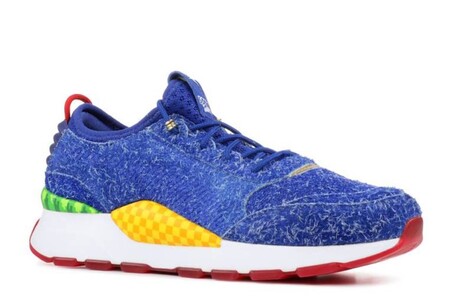 Definitely, these sonic sneakers They don’t go unnoticed: With a velvet feel and base inspired by the classic Green Hills phase, this custom version of the Puma RS-0 is packed with details from the laces to the soles. 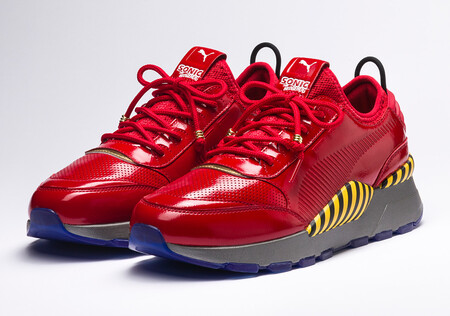 And the thing does not end there: the hedgehog’s own nemesis has his own slippers with the SEGA x Puma RS-0 “Dr. Eggman”. Admittedly, his choice of colors reminds us of the huge mechanical monsters that await us at the end of each phase. 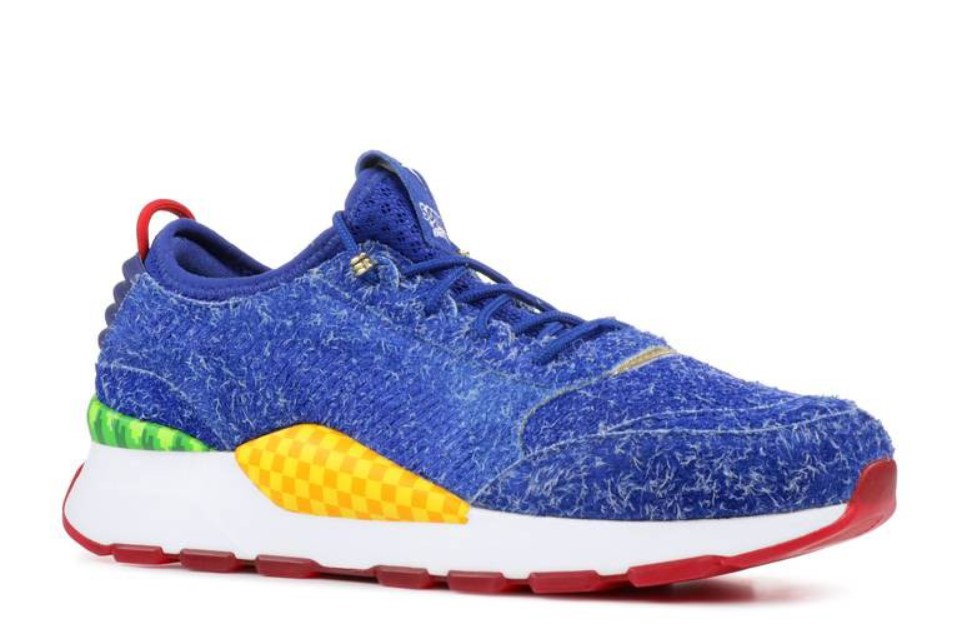 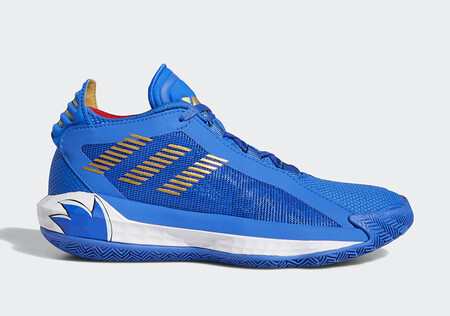 Adidas also knows how to pay tribute to the SEGA flag bearer avoiding with a pair of sneakers that do not go unnoticed: the Sonic The Hedgehog X Dame 6 They are in two colors and combine the intense blue of the hedgehog with the red of his iconic sneakers. And, in the process, they put a very recognizable silhouette on our heels. 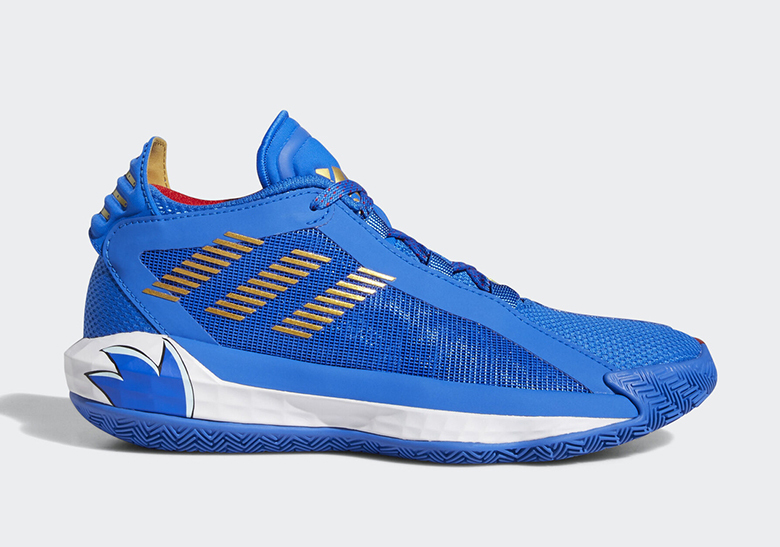 Pusha T ‘Kingslayer’ se inspira en Call of Duty Modern Warfare to give shape and personality to this Ozweego model from Adidas fully licensed custom and full of details of the Activision saga with a single but: its very limited edition. 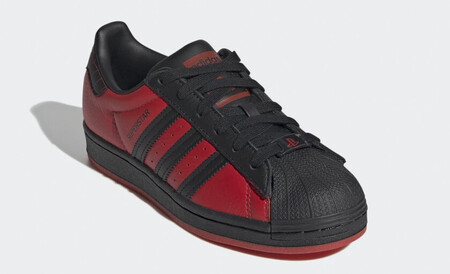 Seizing the launch of Marvel’s Spider-Man: Miles Morales, Adidas released both in-game and beyond the screens a pair of sneakers completely inspired by the version of Insomniac Games of the hero of New York.

A very classic model, in which details such as the reddish cobwebs on a black background on the heel or the PlayStation logo on the laces give it that boost of character that makes them special. 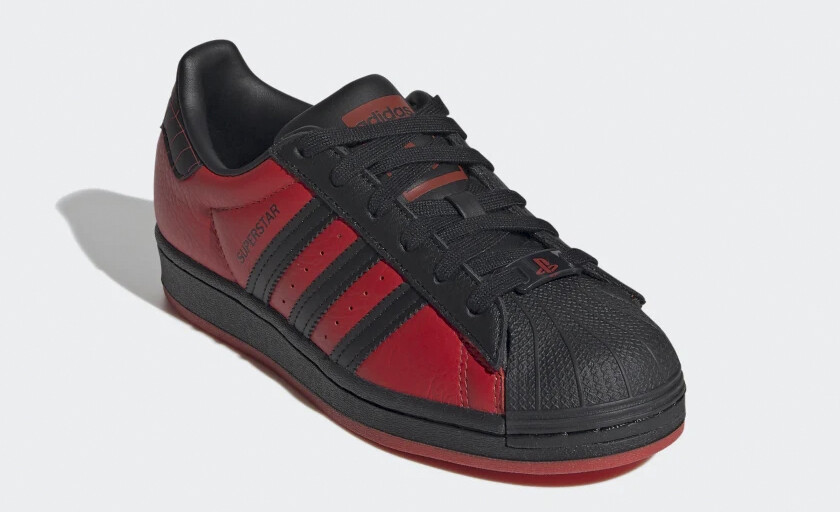 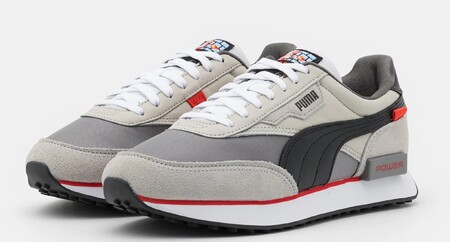 Whether you’ve played the NES or are obsessed with 8-bit games, the FUTURE RIDER NES They are for you: with a design very inspired by the iconic Nintendo machine (look at the Power button on the side or the Mario cartridge on each flap) Puma masterfully captures the essence of the most classic Nintendo in each pair of shoes. 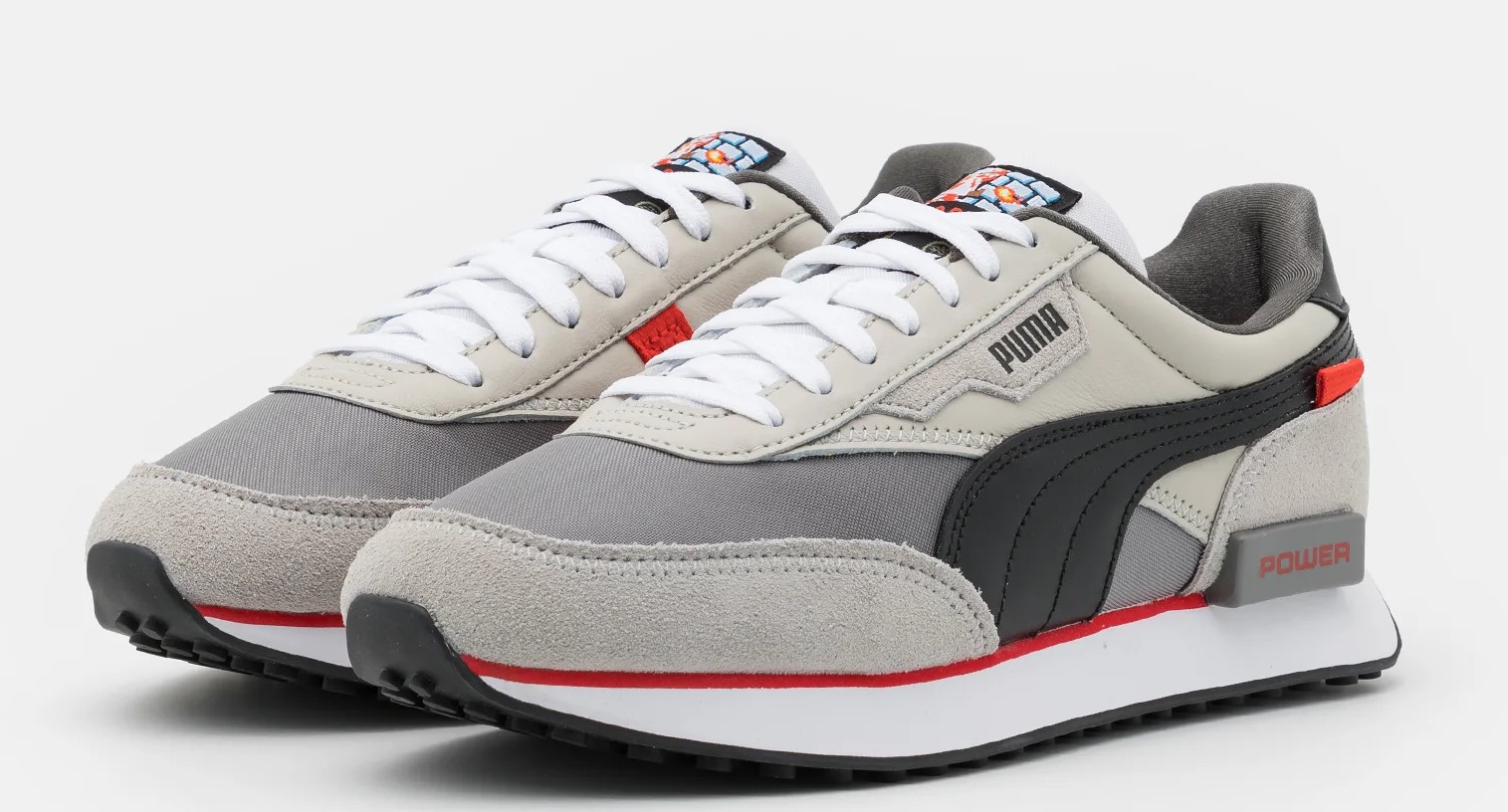 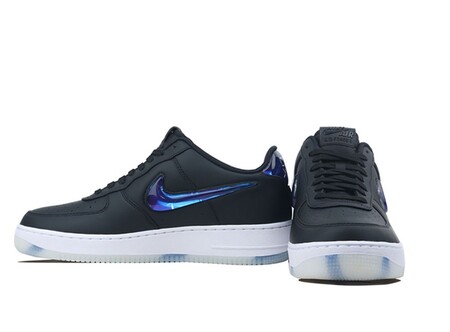 We close with an apparently simple model but full of details: the Nike Air Force 1 QS Playstation They have the classic design and versatility of the Nike Air and with taste and subtlety distribute all the icons of Sony consoles throughout the shoe.

If we look closely, we will see how the button icons are present in the slash embossed Nike shoes, heels with the two official logos and even white soles with PlayStation branding. 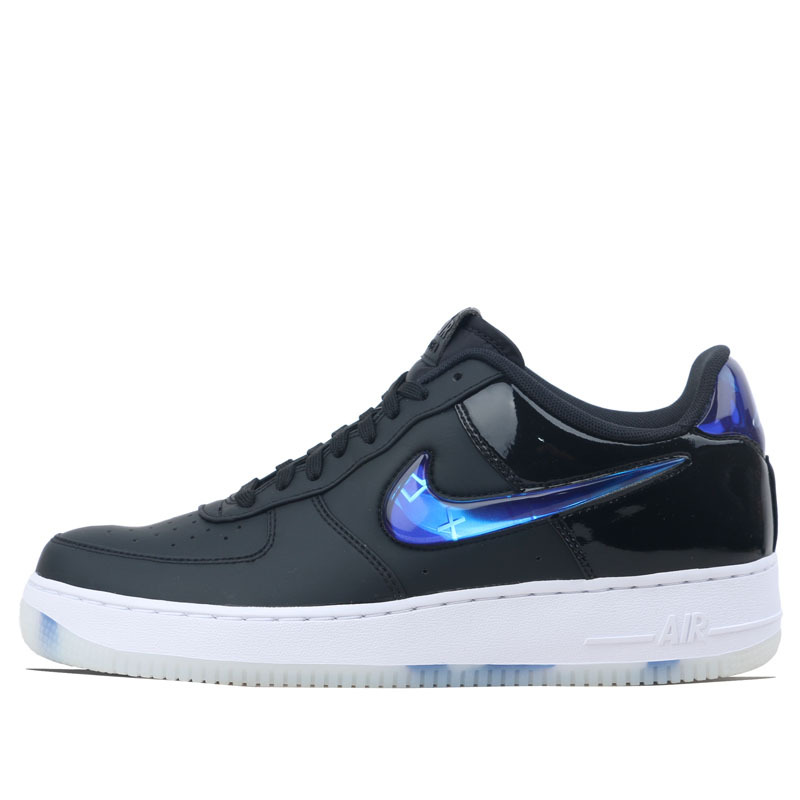 While we have focused on licensed and commercially released sneakers, there is a whole world of custom models which is immeasurable. But of course, our review would be incomplete without at least one example. And in that aspect, The Shoe Surgeon is a benchmark.

On the occasion of the launch of sonic movie, The Shoe Surgeon spruced up a pair of Puma’s to look as close to SEGA’s bluish hero as possible and, in the process, give them a more modern twist. The result speaks for itself.

Ancestors: The Humankind Odyssey has sold over a million copies

Get NBA 2K21 for free through the Epic Games Store for a limited time.

Get NBA 2K21 for free through the Epic Games Store for a limited time.