a mix of Pirates of the Caribbean, Jurassic Park, Lovecraft and Twilight

about being late to Magic: The Gathering it is far from being an advantage both when playing and writing about the game. Things as they are. But having behind you more than 20 years of cards, art, lore and follies is something that in my Magic Chronicles I am enjoying myself like a pig in a pigsty.

The Segovia thing as a Magic multiverse, without going any further, is something that exploded in my head and had me several hours looking for information and details in cards to find out more about what, clearly for me, was an impressive discovery.

And in that exploring and surfing the internet in search of what else I had missed, I began to scrutinize and discover old collections in search of a blueprint -that’s what multiverses are called in Magic– make it even crazier.

But what could be crazier than a miniature world full of Roman circuses and aqueducts called Segovia? Had the shark already jumped out and nothing I found next would manage to surprise me in the same way?

And that’s when Magic released what I have heard and enjoyed so many times in recent months. With something that had gone unnoticed before my eyes and that was sponsored by a tweet from @ElBarbasMTGthe card game whispered in my ear: “hold my grog“. 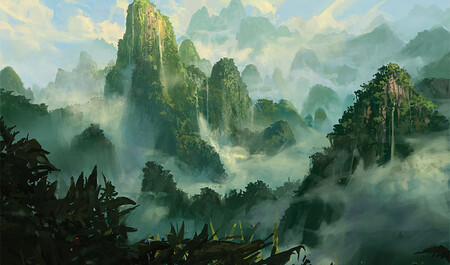 Welcome to Ixalana world inspired by Treasure Island and the Discovery of America in which the natives are Lovecraftian merfolk, the invaders are vampires in sheep’s clothing, and while its lands are infested with dinosaur mounts, its waters are guarded by fearless pirates.

As if that were not enough, deep within the city of Orazca lies an artifact of immense power, an immortal Sun, which the four factions of that plane (the Empire of the Sun, the Legion of Twilight, the Heralds of the River and the Azofar Coalition) seek to control. Beware of the lore of each of them. 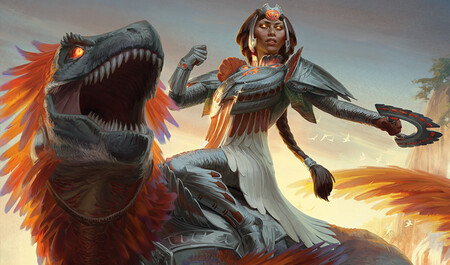 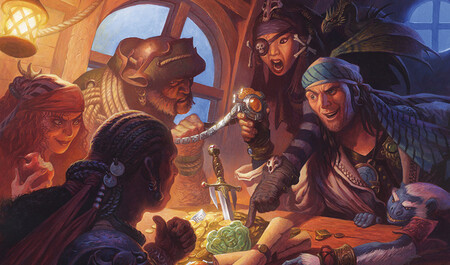 To all that insane plot, it would be necessary to add, of course, all the relationship between that world with its own history and what happened in the main plot of Magiccertainly a noticeably more extensive and twisted soap opera of what could be a war between Dino-Riders, Jack Sparrow and the children of the Queen of the damned.

I wish a movie of all this

Wizards of the Coast, for God’s sake, make a movie about this. Pirates of the Caribbean, Jurassic Park, Lovecraft and Twilight. I wish I could be at the meeting where the designers of Magic They sat down to shape such tremendous madness.

I find it insane not only how well spun such a diverse and striking world is, but also how spectacular it is to be talking about an expansion that was already the 76th expansion of the game and continued to deliver such a rich and stimulating setting. 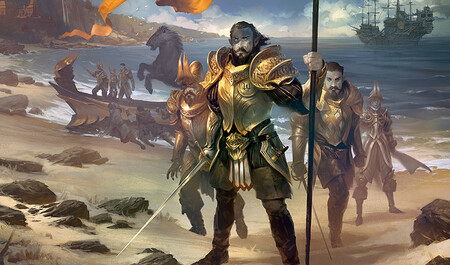 You don’t even have to fly to something ancient. It is a collection from the end of 2017 that was well received and about which, without knowing it, we had indirectly already commented on a few things.

Something must have clicked in my head when we talked about the Almirante Beckett Azófar in a compilation on Magic trivia, but that attentive mother turned into a pirate by the hands of an artist did not make me think further.

Now, and I’ve lost count of how many times I’ve had that feeling over the last few months, I can’t help but think about the details I may have missed out on everything I’ve discovered to date, and even more so on all that remains for me to discover.

How long does it take? You are asked!

Permanently installed gaming PC: This colossus with RTX 3070 is available at a low price!