A weathered and dusty postcard from the Wild West

What happens when the theme of the Photo mode in our Discord server It is free is expected: we receive a huge amount of captures and it is hard for us to have to select one because they are all very good. For this reason, among other things, at the end we highlight several. Which is not an easy task either …

Anyway, let’s stop rolling. Heading the post you have the one we have chosen this week, a capture of the Red Dead Redemption 2

performed by Umo Heima. A whole postcard that comes to us from the wild west. Without a doubt, Rockstar’s game is one of the ones we see the most through the Photo Mode channel of our Discord.

And as I said before, we are going to bring a couple more captures that we really liked (And believe us, this time we could perfectly choose 10 or 12 more and we would still be falling short). In this case, we also wanted to take into account the arrival of new users to the section so that they can see their images highlighted here along with those of already veterans.

The first one is sent to us ruben_berja and tells us the following: “I would like to contribute my two cents to this collection of incredible photos with a couple of captures of Infamous: First Light

. I was blown away by its locations, neon graffiti, and its fun photo mode. “Then go ahead with it: 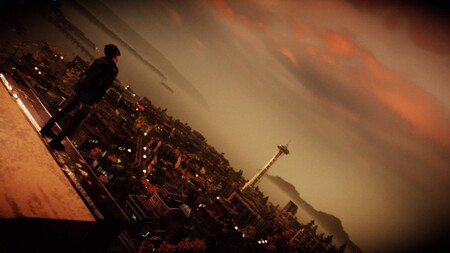 We especially liked that perspective and the sense of strangeness / melancholy that it is capable of transmitting without being a particularly detailed capture.

Finally we wanted to rescue this suggestive capture of Hellblade made by our reader Mapachoto: 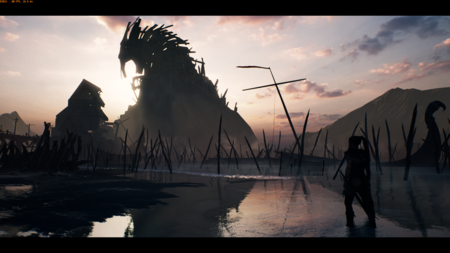 And for next week: cities

For this week we propose the cities as thematic. You can capture the lives of the protagonists of your favorite games and the NPCs in the city, send us panoramic views of a city from the top of a hill or whatever you want as long as it fits the theme. Does it seem simple or not so easy? For the next seven days we will know.

You can go up your best horror captures to our Discord server until next time Friday July 30 at 12:00 if you want them to enter the candidates. Thanks for participating!