A storm of chaos, destruction and gore dripping with blood manifests before my eyes. DOOM Eternal reopen the gates of hell wide and the only way not to be overwhelmed by the waves of demons, beasts and abominations that are unleashed in each game is subject them to barbarism. What’s more, the really interesting thing about this horde mode it is how it is encouraged that each new game we are more brute.

Because in Horde Mode from DOOM Eternal The question is no longer to survive what happens on the screen or to move forward leaving a grotesque trail of explosions and amputated limbs without looking back, but smash previous points record. Unlock extra rounds, pulverize everything that moves on the screen in the most unforgiving way and extract ammunition and armor from the entrails of our enemies.

And, as you can see in our gameplay, no video game saga equals the glory and excitement of destroying demons with cannon shots like DOOM, but that does not mean that there is still new ways to raise your high-octane action without derailing from the essence of the classics that have been the chair: always move, shoot at will and aim when you can.

Crazy, of course. But blessed madness! The new way of DOOM Eternal find the perfect balance between constant emotion and infinite replayability with the most explicit violence as a catalyst for your own experience. 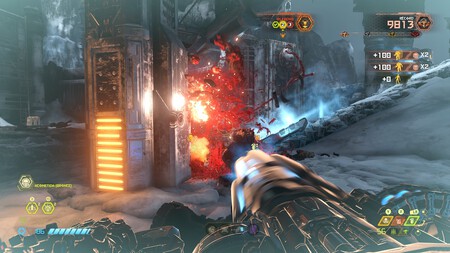 That is to say: it is not only about executing brutal auctions with which to sentence the demons that come our way, but a set of elements that are very well tied so that each new game is interesting. Insanely paced battles where the DOOM Slayer is both prey and predator.

The result: the Horde fashion intentionally bond with and flirt with arcade sensations, but whose successful difficulty and rhythm require the player to have previously gone through the campaign. With a little storyline in the background, yes, but constantly remembering that it is not an expansion or a minor addition: it is an alternative that condenses the best of the other two modes of DOOM Eternal. A third brutal way.

DOOM’s explosive formula gets its own arcade format 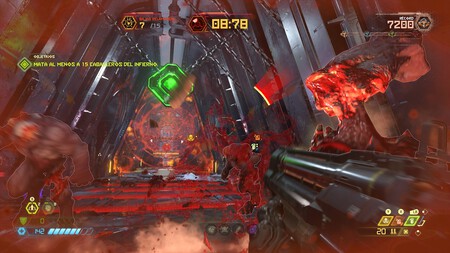 When you survive a round of Horde fashionIf you get it, you end up completely exhausted, but the feeling of achievement and improvement it more than makes up for that hellish experience. A fleeting sensation: Either it’s time to prepare for the next batch of enemies, or you have the irrepressible urge to start over.

With the Horde fashion both Bethesda and id Software go straight to the nougat when it comes to the explosive action of DOOM Eternal: the premise is to offer a succession of battles by rounds through different levels. Three enclosed arenas of combat designed for the DOOM Slayer to unleash destruction in its wake as if it were the Tasmanian Devil of the Looney Tunes and a couple of extra rounds in between.

With the premise ahead, each of the missions and rounds of the Horde fashion play out similar to campaign mode combat encounters and published expansions, only there is a nuance: our goal is not to advance to the next conflict area, but obtain a score that will define the development of the game itself. 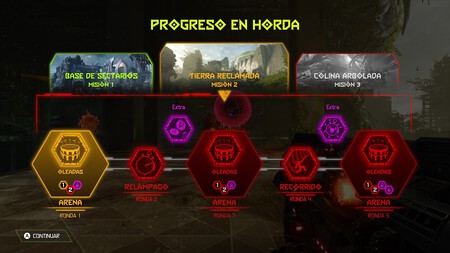 Thus, our performance in destroying the creatures of hell will translate into new rounds and extra waves of enemies with which the action is intensified even more and our score counter is triggered. Above all, when taking down the great enemies introduced in The Ancient Gods, which drastically increases the chaos generated on screen.

There are intermediate levels, it is said, that provide an extra variety, although the bulk of the experience is concentrated in the three combat arenas that make up each game. However, these extra rounds work more as a bonus or as a way to release the stress built up between the main rounds. An additional success that reinforces the arcade tone of the whole. 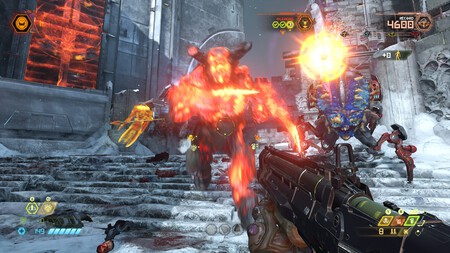 Thus, Bethesda breathes into the such a recognizable DOOM experience a format typical of arcades, with its corresponding division of stages that adapt to our rhythm and the emphasis on obtaining a higher score than in the previous game. And the truth is that it works wonderfully: not only does it provide a very high replayability, but it also makes each game different.

From here we have to make a distinction: there are four levels of difficulty that set the true tone of the game. While they are all really challenging, both Ultraviolence What Nightmare They are that coffee for the very coffee growers capable of intimidating even the most hardened player of DOOM Eternal. 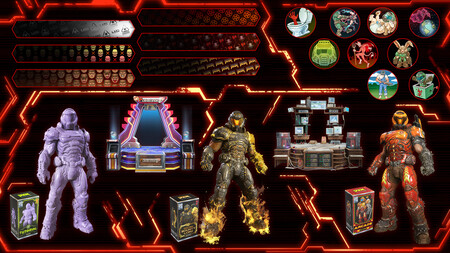 And although there is a system of Extra Lives that translate into additional points at the end of each round, these will last a sigh if we do not master the offensive mechanics of mobility. That is to say: this mode is called Horde and not survival for a very clear reason: the most dangerous beast in the game is not a demon, but DOOM Slayer himself.

Destroy to destroy? Well, it can be said that our progress has rewards: as in Battlemode, there are pinned objectives and unlockable armor sets. And the truth is that some of them are truly amazing. But the real claim is the gaming sensation. The masterful gunplay and that high-octane action that explodes in your face every few seconds. The essence of DOOM in its purest form.

Bethesda and DOOM Slayer go for the next FPS titans

Beyond the expansions The Ancient Gods, and with Horde fashion Now available, DOOM Eternal only offers three game modes. They might seem few, but the truth is that you don’t need more: id Software gave up the classic Deathmatch to delve into an experience that was more insane and chaotic than competitive, that would distinguish its Shooter from the rest, and time ended up proving them right.

Now, the visceral demonic purge of the DOOM Slayer Get a generous adrenaline rush with version 6.66 of DOOM Eternal– Beyond horde mode, the new pilgrimage point of those who completed and made the most of the brutal campaign, have also been reinforced the other two great pillars of experience: 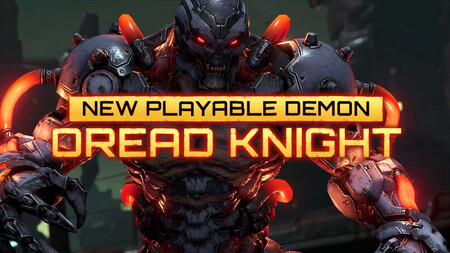 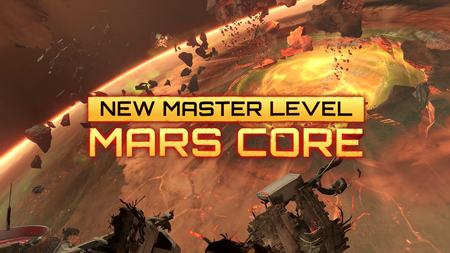 With the contents already on the table, the purpose of this second major update of DOOM Eternal -after great your new generation setting– it is even more obvious: rounding the value of an absolutely essential shooter and, in the process, give slayers a great new mode that will hold them back by firing cannon shots and hacking away demonic bodies for years.

Because update 6.66 of DOOM EternaHe arrives for free and just in time for Halloween, but he also strategically anticipates the return of Call of Duty, Battlefield And till Halo Infinite. And although each of these games brings a unique feeling to whoever holds the controller or mouse, the brutality of the best shooter of 2020 (according our readers) remains flawless and seeks in a lawful way to measure itself with the next aspiring leaders of the genre. 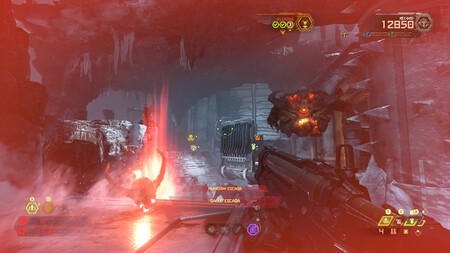 As we commented, DOOM Eternal’s multiplayer section is brutal and totally faithful to the essence of the saga, but it does not match the variety offered by other references. And that’s where Horde Mode manages to find its well-deserved place. extending the gaming experience to infinity. Daring to reinvent and accommodate the single-player game structure popularized in arcades to a game that was born on last-generation consoles and is – legitimately – a benchmark for new generation systems.

Unlike DOOM (2016), DOOM Eternal did not offer paid expansions, and that makes the hit on the table of the contents of your 6.66 update don’t be so loud. However, Horde Mode is a gift for the player and those who have been surrendered to its barbarism. A third axis of an experience that exudes excellence and, in the process, enshrines and revalidates the status of DOOM Eternal as a new cult classic. Like that game of which We will continue to speak for years to come.

Dune versus Avengers (Marvel): A Hollywood actor explains the difference between these two films

Weird West was buckled for release on January 11

The Oculus Quest is dead, long live the Meta Quest

eye, it will be available for a limited time

Weird West was buckled for release on January 11