EA Generals, here you have it for free with the Red Alert 3 Evolution mod

Within the multiple games (or sagas) that have been seen harmed by the new EA policy, we have the painful cancellation of that Command & Conquer de 2013, which was nothing but a Generals 2 a modo de free-to-play.

. But this does not prevent, in any case, that we continue to want a new Command & Conquer, like for example that promised Generals. Luckily, for cases like this, we can resort to mods, like this Command & Conquer Generals Evolution, inside of the Red Alert 3.

Thanks to Gunship_Mark_II, who has been working on this project for twelve very long years of development, we can enjoy the first beta of this modification for PC from modDB and totally free

Logically, being a beta 0.1, there are bugs, but we are facing a much more complete, polished and above all playable version than the previous RC1 demo that he published some time ago, having that essence more than palpable to the great Command & Conquer Generals, with some playable aspects inherited from the Red Alert 3

, of course. And the best thing is that there are practically all the units and structures of the USA, China and GLA, to the point of being the Nine Zero Hour GeneralsAlthough without the depth of that 2003 expansion, of course.

With this demo that you can now download, its author is going to take a break, having caused him a lot of stress and sacrificing valuable time for more than a decade, where he came to reject several works such as freelance as long as this project is finished. But beware, he will return to it in the future to be determined.

Meanwhile, enjoy. And I return to my dear GLA and Jarmen Kell. 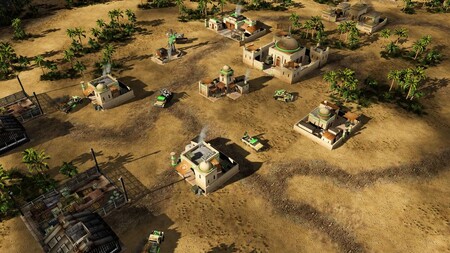 Blizzard: After the agreement with Microsoft, the studio is already starting a new promising project

New information about the beautiful shooter from the creators of Painkiller