Elden Ring presents its five classes for the closed beta

Yes, we’ve all been rubbing our eyes for more than a day. Yes, we all deny ever looping through the same video, but let’s admit the truth: the gameplay the Elden Ring it is simply spectacular. From Software’s work gave us a really extensive preview in which we were shown some of the main details of the title.

With totally long teeth, now the next stop at the hype station is the closed beta preparing Bandai Namco

. The registration date already ended on November 1 and now we are crossing our fingers to get one of the available places. To warm the atmosphere even more, the Elden Ring’s Twitter account has shared the classes that we can choose during the test. 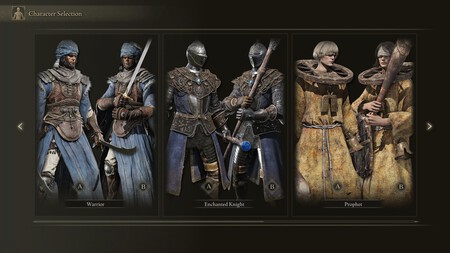 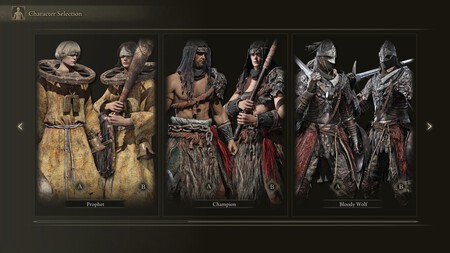 There are five in total, but it is not clear if we will enjoy more in the final version. In any case, these are the names of each of them:

It seems pretty clear that the enchanted warrior or knight will be more intended for hand-to-hand combat, while the prophet aims to be the class specializing in magic. Nevertheless, more doubts generated by the champion and the bloody wolf, whose specialty is pure speculation.

It should be remembered that if you are one of the lucky ones, Elden Ring Beta Kicks Off November 12 and it will have several schedules to be able to play. It will end on November 15. You can also try to get the hang of the collector’s editions.

are available on the Dev channel

UnDungeon and its launch trailer

their servers will be shutting down this month

UnDungeon and its launch trailer