Fortnite Season 2: everything we know about the final event: date, leaks and more

countdown to the season 2 finale event of Fornite Chapter 3 has started. In the absence of a great firecracker in previous seasons, the patch 20.40 It seems that it brings juicy surprises for the fans of these massive Epic parties.

When will the final event of Fortnite Season 2 be?

Although until now it was time to hold on to leaks and small details between the game files, Epic Games itself has confirmed the arrival of a final event both with a teaser and Twitter as with the addition of a timer.

Both the end of the season and that same counter place us at the Saturday June 4a perfect day to hold an event of this magnitude, so in the absence of official confirmation, that weekend seems key for the arrival of the event and the new Season 3. 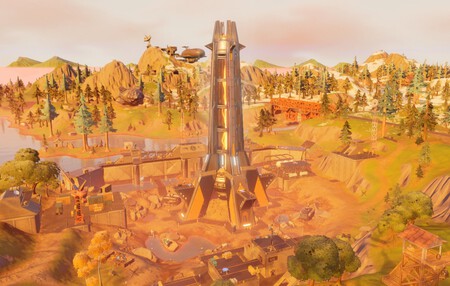 Through the game files

three keywords have been revealed that seem to be the ones that will sound the most during the event: war, the device Doomsday and the moon. Come on, things are moving.

The first word seems to refer to the end of the guerra against Sloane, while the last two focus on a new area with a gigantic tower that could be key to the outcome of the battle. Will they take us this time to the Luna? We will find out very soon.

FC Sevilla vs Borussia Dortmund: This is how you see the Champions League preliminary round live stream