how it can affect FIFA, PES and the desired 2K soccer game

Regardless of how much or how little you like the idea, what is undeniable is that the arrival of the European Super League It can be a shock to the world of football that has turned teams, institutions and, of course, its fans upside down as well.

Presented by 12 international clubs at the expense of FIFA and UEFA, the Super League may be the perfect excuse to see a drastic change in official games like FIFA Y PES and, even more importantly, a possible gateway to that desired soccer game of 2K.

What is the Super League

AC Milan, Arsenal FC, Atlético de Madrid, Chelsea FC, FC Barcelona, ​​FC Internazionale Milano, Juventus FC, Liverpool FC, Manchester City, Manchester United, Real Madrid CF and Tottenham Hotspur are the Founding Clubs that shape the Super League. A European competition that will begin in August and that will be played during the week so that clubs can continue competing in their respective leagues.

Created by these clubs and with Florentino Pérez as president, the idea is that the number of Founding Clubs reach 15 before the start of the competition and, after that, they compete with another five additional teams that will be classified annually based on their performance in the previous season.

The tournament, which will feature male and female competition, comes to, according to its creators, modernize an economic model in the world of football that has proven to be inefficient when it comes to adapting to the evolution of digital entertainment and negative impacts such as the pandemic.

If the big football clubs mount their particular competition without counting on FIFA and UEFA, What will happen with franchises like FIFA or PES? From the outset, it seems unlikely that both institutions are willing to give their arm to twist when it comes to giving voice and promoting in “their respective games” the new one Superliga. 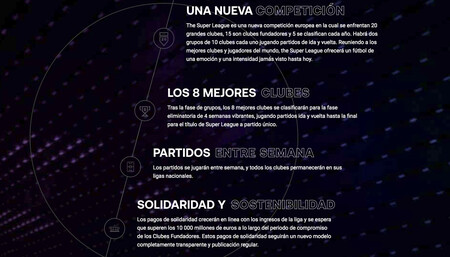 What will happen to FIFA and PES

Own UEFA He assured yesterday that the participating clubs will not be able to compete in any other competition at the national, European or world level. A veto that would also reach the players in the face of the impossibility of representing their national teams.

The FIFA, for his part, he took a somewhat softer message. He acknowledged his disapproval of a league “separatist”But it invited to create a calm debate to contribute to the general interests of soccer. In short, the controversy is more than served.

If the threats end up being fulfilled and clubs like Barcelona or Manchester United are forced to abandon their national leagues and international competitions, the blow for franchises like FIFA O PES It can be tremendous, especially if they are forced to invent equipment without using licenses to get out of the way. 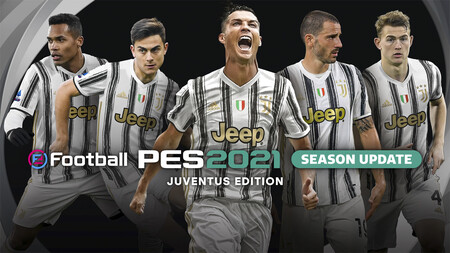 It would be a huge blow to the income generated by proposals such as Ultimate Team and interest in both proposals could drop dramatically. A door ajar that, if minimally ambitious, other companies could take advantage of.

Towards a Super League 2K22

With clubs and their players managing their own broadcasts and licenses, the entry of another company looking to seize the full pie may be the key to the future of the genre. Have to a rival to beat

It could be the push that the big two need to get the batteries together, and offer that leap in quality that they have been delaying for years.

Of all the possible names, the one that resonates the loudest is that of 2K Games, which has shown its power and good hand in the world of sports with franchises such as NBA 2K Y PGA Tour 2K. Enjoy a soccer game sponsored by 2K It’s a dream that fans of the genre have been mulling over for a long time.

However 2K be the main name that comes to mind does not necessarily imply that it is the only one. Sony has also shown it knows what it does with sports franchises like MLB: The Show, and for Microsoft it could be a fantastic finishing touch for their Xbox Game Pass.

With the waters still too troubled, first it will be necessary to see how the situation will be based on the relationship between the aforementioned clubs and the official institutions. If they reach an agreement, the situation could remain as it has been until now but with one more competition. If not, it may be a drastic change that puts companies like SHE Y Konami.

Gaming GPUs used for mining will have less warranty

Japan Expo 2022: We know the games from Sega (Sonic Frontiers) and Atlus (Persona) that will be presented

MSI sale: An ideal gaming laptop for LoL and Fortnite for less than $700

Love or hate the look of this graphics card