Katsuhiro Harada qualifies his own words and apologizes for the misunderstanding

Everything has been a lack of alarm. If the YouTube channel has been a matter of hours de Harada’s Bar dashed hopes of seeing the long-announced Tekken X Street Fighter, Own Katsuhiro Harada has given back the illusion to those who are passionate about fighting games: the project is still alive.

Announced a decade ago by Harada and Yoshinori Ono, and in response to Street Fighter x Tekken from Capcom, the Bandai Namco crossover will bring together the star characters of both sagas under the rules and aesthetics of the Iron Fist Tournament saga. The bad new: things seem to be going on for a long time.

Through from Twitter, Katsuhiro Harada himself, producer and head of the crossover as well as the Tekken saga, apologizes for any misunderstandings caused by the video subtitles and better qualifies his words: the development of Tekken X Street Fighter has been arrested, yes, but Harada intends to resume it.

We are still hopeful that TKxSF will resume its development when the opportunity arises. However, the production of such a title is not solely due to the convenience of one company in terms of marketing and branding, and it also affects the development resources of the two companies.

For now, we are simply waiting for the right opportunity.
This is sometimes a problem because it is very difficult to translate, especially with the way I speak. To which we must also add that it is not practical for me to verify the subtitles of the video itself word for word.

To be fair, this is not the first time that Katsuhiro Harada has had to face a translation problem. In this case, the Japanese creative wants to settle the matter specifying how and why the error occurred in the video subtitles.

First, around minute 21 and 25 seconds, it says “今 は と め て ま す よ (ima tomete masuyo)” which means “It is in pending state”, similar to “pause” and this is the same word from the one we’ve been talking about before.

Then it is said “up to 30% of the development was in progress, but now it is still pending”. And this is still the state of [Tekken X Street Fighter].

Contracts with artists and collaborators outside of development are subject to terms and conditions, including duration, so we do not own the rights to them indefinitely. So this illustration has been shelved for now.

In other words, the source of the misunderstanding comes from some unfortunate subtitles, which does not mean that the current state of the game announced in summer 2010, be really quirky. As minimum.

Tekken X Street Fighter: He’s not dead, but don’t expect to see him soon either

Katsuhiro Harada is one of Bandai Namco’s key producers and one of those most responsible for its overwhelming catalog of fighting games. Beyond Tekken, Harada has been directly involved in projects such as Soul Calibur VI O Smallpox Tournament and its domestic versions. In short, he is someone with a very tight schedule.

Regarding Tekken X Street Fighter, we know that the inclusion of Akuma in Tekken 7 was a first approach when exploring how to combine the mechanics of two very different fighting games. And the experiment did not go wrong. However, since then it has rained a lot for both sagas, and very little progress has been made on this crossover.

In any case, the current state of [Tekken X Street Fighter] It is not very different from the state I told you about earlier. Well, the fact that the state has not changed is not pleasant for us or for you.

Since the announcement of Tekken X Street Fighter a lot of things have happened. Street Fighter IV completed its cycle including the incorporation of the World Warriors and scenarios that entered Street Fighter x Tekken. For its part, both the Iron Fist saga and Street Fighter V They have grown enormously in content and it seems that they both have sane for a while. 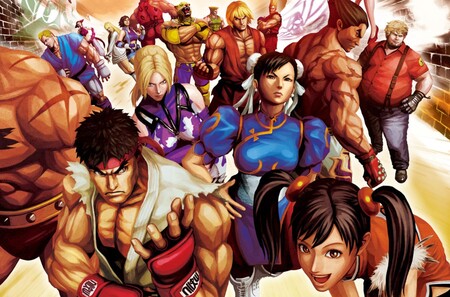 What only 30% of the game has been developed and directed towards a final version is the least of the complications facing the project: Capcom and Bandai Namco’s priorities are very diversified, and Yoshinori Ono, Harada’s counterpoint and rival from the Street Fighter side, no longer even It is part of the Osaka company.

However, as long as there is a predisposition to continue Tekken X Street Fighter there is still hope. Until then, Capcom and Bandai Namco fighters are handing out tollinas in Super Smash Bros. Ultimate. And very soon Kazuya himself will join the party.