LEGO Bricktales, the new from the creators of Bridge Constructor, is the ideal game for lovers of LEGO constructions

As the years go by lego toys They are counting on a greater presence in the world of video games. In a very short time we will see LEGO Star Wars: the Skywalker Saga, but this year will also arrive LEGO Bricktalesthe new proposal from the creators of the Bridge Constructor saga.

The title in question will be perfect for all those who enjoy making constructions with LEGO toys. The purpose will be to solve puzzles by placing blocks and using the imagination of each one

in some beautiful worlds that will be made up entirely of LEGO models made up of countless pieces.

The amusement park of our protagonist’s grandfather is about to close. To prevent this from happening, it is necessary to carry out some necessary repairs with the help of a robot that uses alien technology, but the only way to make it work is by feeding it with happiness crystals that are obtained by help other people solve their problems 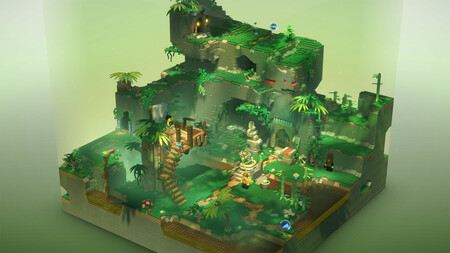 During the adventure they will come to visit five biomes of the most varied, including the amusement park itself, which will be accompanied by the sense of humor that characterizes the franchise so much. In addition, there will not be a single way to solve the puzzles, since the limit only lies in the imagination.

The only thing that has not been provided is the exact date on which it will go on sale this year, as well as not all platforms listed in which LEGO Bricktales it’ll be published. That yes, we know that, at least, it will do it in Steam in its version for PC.

Breath of the Wild has four Beedles, you can match them