Marvel’s Iron Man VR also delays its launch to May

After the announcement of the delay of Cyberpunk 2077, it will not finally arrive until September 17, 2020, we have to talk about another game that will not arrive on the date they announced in their day, Marvel’s Iron Man VR. This game for PS VR I had to leave on February 28.

The studio responsible for developing the game, Camouflaj, has announced via Twitter that Marvel’s Iron Man VR is delayed until May 15

. The people of Camouflaj need more time to meet the expectations of the community. In passing, they have taken advantage of the message to thank our patience and understanding.

In order to deliver on our vision and meet the high expectations of our amazing community, we've made the difficult decision to move Marvel’s Iron Man VR to a May 15, 2020 release. We truly appreciate your patience and understanding. You’ll be hearing from us again soon!

In Marvel’s Iron Man VR we have to stop the hacker Ghost. It is reusing old weapons from Stark Industries. Throughout the game we have to improve Iron Man's armor and his abilities. During the adventure they wait for us action-packed fighting

where we have to move with the PlayStation Move controls. The Digital Deluxe Edition The game includes: four custom decorative armor, 12 research points, the soundtrack and a theme from the Iron Man Deluxe Edition for PS4. 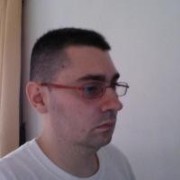 Passionate about everything related to technology and videogames from a young age. In my spare time I love playing sports to disconnect from everything. Always willing to embark on new projects that pose a challenge.

How to change Microsoft Edge search engine for Android