Update 0:20 PSN is active again, although Sony has not disclosed the reasons for the problem. In iGamesNews we have checked the store and the online game on PS5 and PS4 and it is now possible to resume the games.

It’s not you, and it’s not a problem with the game or the PlayStation Store: the servers of PSN have stopped working globally, affecting both the PS Vita, PS3, PS4 and PS5 consoles as well as the web services associated with PSN.

The problem goes beyond the impossibility of playing those titles that require connection, such as Fortnite, but also we are not allowed to access our user profiles to check our status or achievements, and even share content online. And, of course, we will not be able to communicate with other users either. 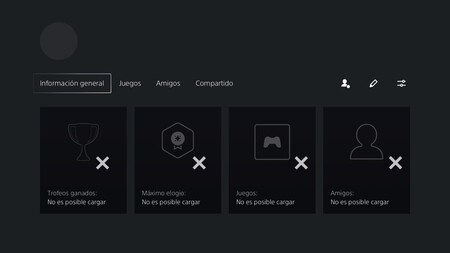 In fact, login is not possible or create an account to access the PlayStation Network. Not even from the official PlayStation website or the mobile app. And, by extension, shopping is ruled out on Sony service until further notice.

Which is a double chore considering that we are in the last week of sales and that Horizon: Zero Dawn can be free download Limited Time.

For now, from the Network Service Status web site Sony have taken note of the problem and are looking for a way to solve it.

Hopefully the problem will be fixed in a matter of time. For now, from Twitter, that window in which we all look to see if we are the only ones affected, it is beginning to fill with memes and reactions from the community.

Some of the reactions, for a change, are priceless.

While the stability of the PlayStation Network It is not one of the assets of the service, the truth is that this is a setback for millions of players. Above all, those who had an account associated with PSN to play on other platforms, such as Fornite in the Epic Games Store.

Hopefully the incident is resolved soon and we can get back to our games as soon as possible. On iGamesNews We will update as soon as we know more details.

Xbox hardware revenue increased 232% thanks to X and S series