Everybody knows the mythical Space Invaders de Taito Corporation, since it is part of the popular culture. Not in vain was he one of the pioneers in the most commercial sector of video games, back in 1978. We have that icon of one of the aliens irretrievably associated with that classic, no matter how long it takes.

With more than four decades behind him, it is logical that he has had several appearances, although not all are equally remembered. However, a very special compilation was recently put on sale (Space Invaders Forever) in which there are three games that have modernized their formula. Let’s see them. 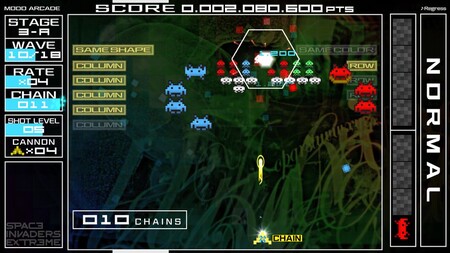 The first game of the lot is that Space Invaders Extreme which came out more than a decade ago on Nintendo DS and PSP to commemorate the 30th anniversary of Space Invaders. Posted shortly after on Xbox Live Arcade, we were looking at a rather radical update of the 1978 classic, with a contrast of colors and flickering lights that was very prone to wreaking havoc with people with epilepsy, a message that was alerted before we started at the controls of the game, eye.

Fast paced and clearly arcade, we had to face a series of waves of enemies trying to chain the shots eliminating invaders of the same color to receive power-ups that modified our shot (multiple, laser, bombs …) and thus cause more havoc and thicken the scoreboard.

Each wave had a different disposition of the enemies, far from the austere aspect of the classic of the late seventies, surprising, above all, by ultimately offer a duel against a boss large with the figure of some invaders. There are also different routes to follow depending on difficulty or skill, which gives you replayable doses if your score marker bites us.

Personally, I found it curious, but far from the genius of, for example, the renovation of Pac-man with Pac-man Championship Edition O Pac-man 256. Further, this version of Space Invaders Extreme is the one from Steam, so we do not have the multiplayer for four people that did have the Xbox Live Arcade version on Xbox 360. In fact, this can only be played alone.

The second game of the lot is coincidentally the one Space Invaders Gigamax with whom Taito celebrated the 40th anniversary of their “space invaders”. Now, here we have a “reduced” version for four people, without the option of joining up to ten players at the same time. But it is not something that matters either.

Its grace is simply getting together with more people and enjoying the iconic 1978 game with a gigantic resolution that shows more enemies … to see how soon after it begins to unravel offering crazy movement patterns that will make the task of winning more points quite difficult. than our colleagues; It can also be played alone, be careful, although we lose a joint attack. In addition, there will also be final bosses, from a gigantic alien to a tiny one that will not stop moving and shooting like lightning.

It is still a rarity that at least now comes in a domestic version, since it was exclusive for a limited time in Japan. But he earns integers in company. 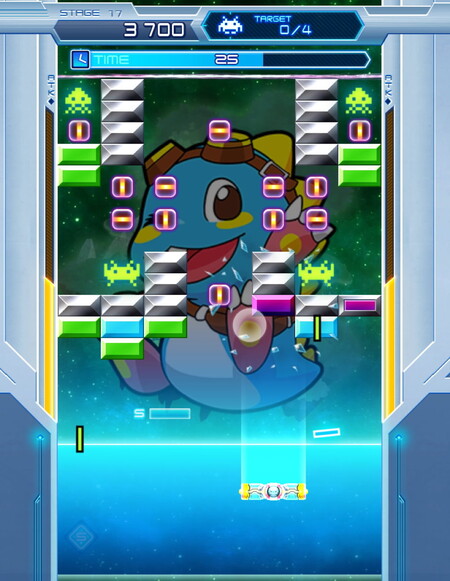 Arkanoid being one of my favorites from 1986, it is not surprising to know how eager I was to finally try that Arkanoid vs. Space Invaders 2017, once exclusive to Android and iOS. Because I’m not very interested in playing on a mobile.

The problem? Being a tactile game, it has been wanted to respect its condition for this Space Invaders Forever, which results in the impossibility of playing it with the stick or the crosshead, but with the DualShock touch panel or the Nintendo Switch touch screen itself. And it is not the same experience to play with the touch panel of a controller than the touch panel of a screen … It is what has taken me the most out of the game, especially when I release my finger for a second and the Vaus shovel reappears from hit from another point on the screen. It is advisable never to “take it off”.

In terms of sensations, it is more or less what I expected: in essence, a Arkanoid, but with movement that is not limited only to going from left to right, but also playing with a little height to give it more strength and where we will face the invaders of space in phases that do not exceed one minute of play. The First World acts as a tutorial, but we quickly discover the power of the power-ups (they can be left in automatic or manual, to use them whenever we want) or the differences between each character to unlock, where there is no shortage of Taito classics, like Bubble Bobble O The NewZealand Story. And be careful, the total figure amounts to 40 characters.

At first, the phases are simple, but they soon become complicated as the typical Arkanoid bricks come into play to better fine-tune the angle of each shot. The pity is that because of the touch control it is more difficult to get it right, because of course it had the potential to enchant me. A shame

Definitely, Space Invaders Forever is a product by and for fans of Space Invaders (and to a lesser extent, Arkanoid) who care to test how its formula is reinterpreted. I expected a more careful edition, with extras and details about its history, but it is still a batch of three rarities from Taito Corporation. 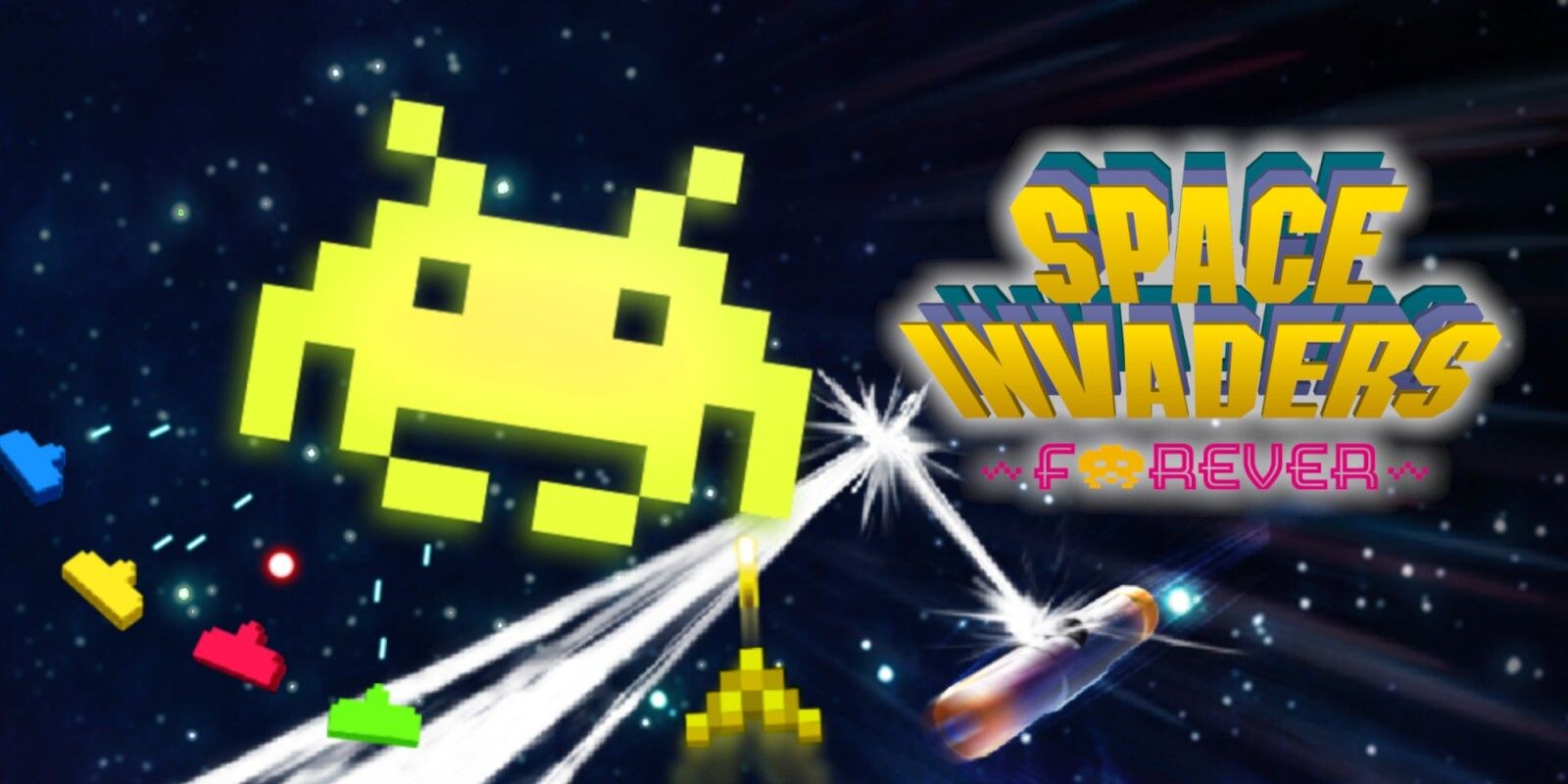 The following games will appear next week in week 53/2020

Dreams : Les tools created by the exclusive PS4 used by the video !

Buy a quick corona test: Self-tests are available in this online shop

The following games will appear next week in week 53/2020