review with price, trailer and game experience for PS4, Xbox One, Nintendo Switch and Steam

One of the games that I have the most affection for from my time with the Amiga 500 is the mythical North & South by Infogrames released in 1989. Emerged as a parody of the American Civil War within a series of stories from the French-Belgian magazine Le Journal of Spirou (The Blue Tunics), the video game was kind of RISK in a humorous way, ideal for playing against another person.

It was above all a strategy game, but with somewhat crazy action tests that could get out of control easily and that in some cases required nerves of steel due to the rush that got us in certain situations, such as when attacking a fort or steal money from the railroad. A classic that has been tried to renew on several occasions until recently remake The Bluecoats: North & South by Appeal Studio and Microids in 2020.

When you want to innovate in a 1989 historical … 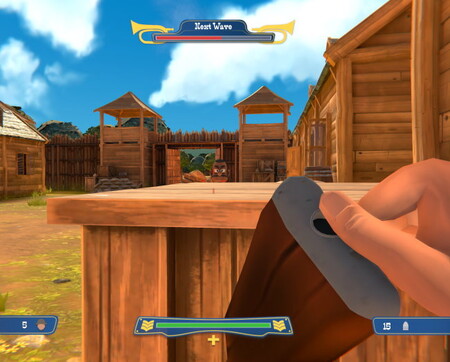 To date, I had not been convinced by any update of this classic, saving a dire memory of the first homonymous attempt through Big Fish Games, the only time I have asked for a refund of a digital purchase. I knew I couldn’t take a chance with this new The Bluecoats: North & South

because it did not get good marks in 2020 in the very few analyzes published … but it is also true that not even the 1989 classic got marks due to its demanding control. So I bought it on sale in physical form.

In essence, everything is identical to the original except for two controversial changes: the aforementioned tests of the fort and the train. That frenzy and more absolute chaos have now become two sections as a fairly bearable FPS. Not that I dislike the change, since they work like shooters moderately decent, but it is true that original pressure has been lost where mistakes were hardly forgiven and we sweated the fat drop with each area.

It is not that it worked like a Swiss watch in the original … In fact, I re-adjusted it in 2019 for its retro-analysis and in those sections is where its control was leaking, but it was still part of its essence, of taking us to the limit in tests against the chrono where the skill with the jump or at the time of hitting enemies were everything. And of course,

However, in this 2020 remake those two tests have been turned into a simple procedure (Unless we are handicapped with the FPS, of course) that detract from the attractiveness of the whole set. Also, they don’t fit in with the essence of the original, with that emphasis on humor. These FPS-like parts are more serious, there is hardly any pressure due to how generous the timer is or because of the abundance of ammunition or first-aid kits to collect in each area.

It is true that when defending in these two tests the difficulty soars (pun intended) as there is less room for maneuver, but without reaching the extreme of those we saw in 1989. Now, these tests can also be played with two players at the same time on split screen, another novelty.

It’s actually the only truly negative point I can put on it, without stopping being fun. And it is that luckily in everything else, as in the rest of mechanics, yes it reminds of the classic that amazed me 30 decades ago. 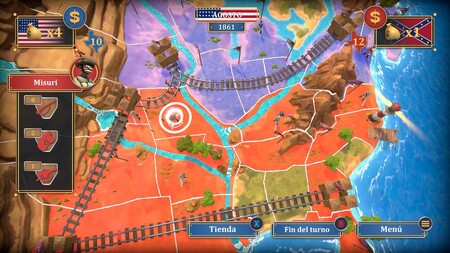 The Bluecoats: North & South It takes us back to North America in the 19th century, in the midst of the war between the Union and the Confederates, during the years 1861, 1862, 1863 and 1864. It doesn’t matter which side we choose, the only thing that will vary is the starting point within the map that we know. They even repeat the natives on the left and the randomness of the storm, for which we can buy protection as long as there is enough money in the bank.

The goal remains the same: defeat the rival by conquering their terrain until no one is left or surrenders. Each “soldier” on the board represents six infantry units, three cavalry units, and a powerful cannon capable of destroying bridges. If we fall on a square with the enemy, a battle will take place in which we will control these three types of units at the same time, exchanging them hot with greater comfort and maneuverability than in the 1989 classic.

It is the facet where this remake shines best, by perfectly replicating what we felt more than 30 decades ago. It has lost some of its pixelated charm, but its new graphic style, somewhat minimalist, has not displeased me. The pity is that there is no variety of boards, something the original also suffered from, no matter how much the battle settings changed. In this case, however, the key points on the map are better delimited, especially in the port area from which get troop reinforcements at no extra cost.

And it is that no matter how well the battles can be given us (the cannon is key at the beginning and the cavalry the ideal touch at the end), reinforcements are needed to ensure victory and here it is important to obtain a constant flow of money through of the train. With three sacks of coins we can get more troops out of the barracks and the more areas we have conquered, the more money we will have. If our rival is competent (there are three degrees of difficulty for the machine, but nothing better than playing against another person), the piques are still anthological.

It does not matter that it is not a great game because the 1989 classic was not either, despite the fact that in this update it has missed a greater pampering in the face of the extras, where only the free play mode stands out to directly repeat the three types of battles (standard, fort and train) in either of the two sides or the customization of the campaign, being able to deactivate any parameter. Only recommended for fans … forgiving its shortcomings and FPS changes. 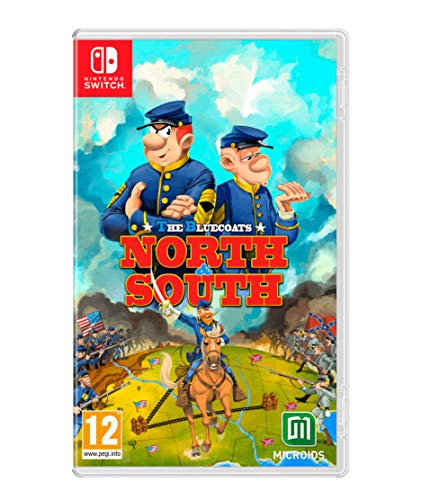 The Legend of Zelda Skyward Sword HD getting started: all of our guides and tips