review with trailer, price and game experience for PS5, Xbox Series and Steam

A good friend recommended to me long ago that I give Tesla vs. Lovecraft, because he told me I’d like to. The cocktail, a priori, had everything to like: a twin-stick shooter within the Lovecraft universe where we drove precisely to Nikola Tesla to destroy the monsters of H. P. Lovecraft.

I liked the game, without fanfare, partly because of its repetitive mechanics, although the game offered internal challenges to give it a little more life and replay it several times increasing its difficulty. And now, two years later, its creators (10tons) offer us a twist to their proposal with Tesla Force, where it preserves part of its essence, but embracing several characteristics of the roguelite.

Your face sounds familiar to me, part two 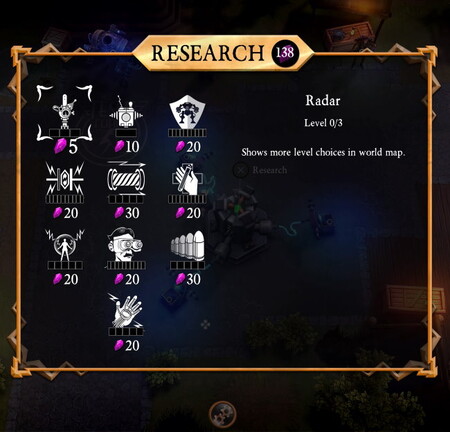 This change is a natural step, but one that you can’t help yourself, ironically a certain sense of déjà vu, since the forms were modified, but not the main structure of the original game. Now there is a random component for the phases, enemies or weapons, yes, losing our progress if we are killed; but deep down it is very similar to what we already did, such as when destroying the towers or securing an objective for a few seconds to be able to move on to the next phase.

For those who have never played the previous one Tesla vs. Lovecraft, there we were asked to slaughter the different creatures of each phase following a linear structure for their campaign. We selected a phase, we appeared with our Mecha for a few seconds and then we continued on foot, having to watch where other weapons appeared, life, power-ups Specials or abilities to help us in the task of completing each mission, since the difficulty was increasing. And picking up the pieces of the Mecha again is something that also helped his.

In addition, each time we played, we were completing internal challenges, such as killing a certain number of monsters to do more damage or get more crystals to unlock passive global improvements. And the latter remains more or less the same in Tesla Force, but it’s gotten a lot harder. Guilty? Time. And it is that in the lower right part of the screen, we will see a pocket watch that will go through cycles. For each one you complete, an upgrade will be introduced for all enemies, such as having more health or doing more damage. That is why it is important to always get to the point.

Already the previous 10-ton Tesla video game was very straightforward, but here that time limit forces us not to take risks or laze when completing the objective of a phase to farmear

crystals or energy capsules, otherwise we will pay dearly when we have to face an elite monster and its entourage or, what is worse, a boss, since with a few touches they can kill us. 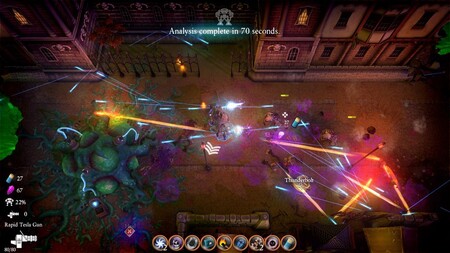 Here the replayable component is more important than in the previous one, since the permanent improvements will offer substantial differences as we unlock them, such as having several passive starting modifiers, an advanced class weapon or that the armor of our Mecha last longer .

Now we will have a base of operations from which to choose a character (to start with, we have Tesla and Marie Curie, but we can unlock Shelley, for example, by fulfilling a requirement in a game), access the store and enjoy advantages for the game. map, such as having more possible routes or knowing what kind of reward we will be offered later. The latter is especially relevant, since it is interesting to pay attention to passive skills, something in which Tesla vs. Lovecraft

stood out for that festival of shots with extra variables.

10tons has not eaten much of the jar and the vast majority repeat, such as bullets that bounce, those that go through, those that turn into fire … Whoever has played the previous one will feel at home, also measuring the time of teleport recharge, an essential skill to survive ambushes.

However, Tesla Force sins from the same lack of ambition as its predecessor, being a twin-shooter that fulfills, but that remains at the gates of something greater. It only has three worlds and it becomes repetitive with the missions too early, trusting too much that it motivates us to replay it to the extreme to unlock all its improvements and be able to face its greatest challenges … And this also happened with the previous Tesla , Unfortunately.

Definitely, Tesla Force can’t hide how much it looks like Tesla vs. Lovecraft despite implementing a facet of roguelite, at times looking like a modification of the original with some variation in between. He’s still having fun, but he’s lost a lot of freshness and gets heavier pretty soon. 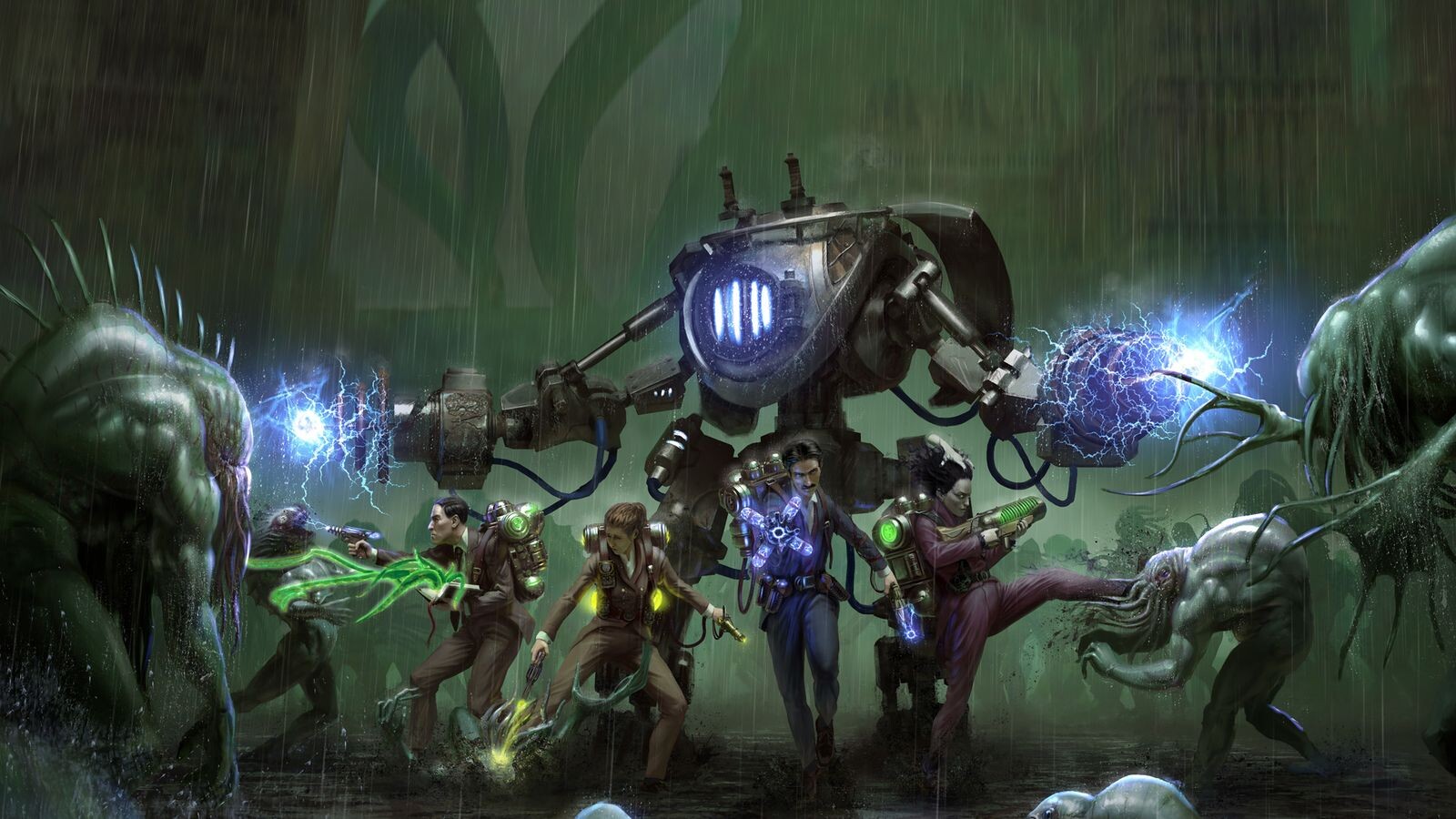 Most popular on CX, Skyrim at 60 fps on Xbox Series X and January GwG

Soldes d’hiver : a price ridicule for the Xiaomi smartphone ideal for gaming

Most popular on CX, Skyrim at 60 fps on Xbox Series X and January GwG