review with trailer, price and game experience for PS5

I didn’t have much hope for that shoehorn expansion for the PS5 version of the Final Fantasy VII Remake Released last year exclusively for PS4. Sony thus extends the exclusivity with Square Enix, as much as it is an open secret that will end up also coming out on Xbox and Windows.

Through INTERmission de Yuffie a more complete batch is condensed than add two extra chapters with that intrepid ninja, apart from other content, a couple of final surprises and the obvious improvements that this version for PS5 brings. But, Is it enough claim if we had completed the remake on PS4? 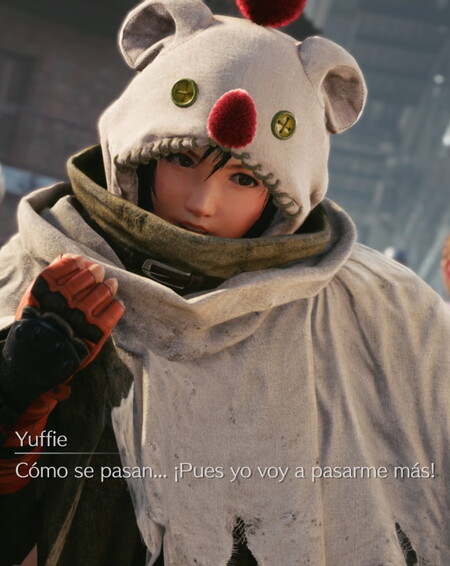 Final Fantasy VII Remake Intergrade It can be differentiated into two products:

Whoever has completed the main story of Cloud and company will not have compelling reasons to replay it from scratch, especially considering that you can import PS4 game (Yes, it is mandatory to do it from the game on PS4) to keep our progress and even all the unlocked trophies, automatically jumping from the main menu after doing this process.

Although at a visual level the improvements are perceived, It is not an evolutionary leap worth mentioning compared to other games that have come out with the current generation in mind, such as the recent Ratchet & Clank: A Dimension Apart. Already own Final Fantasy VII Remake looked great on PS4, especially in relation to certain scenes and / or landscapes, but on PS5 it does not bring out its full potential.

It is with Yuffie’s INTERmission that this version is justified., which is unfortunately not available on PS4 as it is exclusive to PS5. And all because it acts as an expansion mode to cover details never seen in this long-awaited remake.

From the outset, its nature becomes clear once again, by reinterpreting certain facts of the 1997 Final Fantasy VIIBecause Yuffie didn’t show up in Midgar, we recruited her when we went outside. If your PS4 remake surprised us with certain licenses, with Yuffie this facet is exploited more if possible and some theories of the fans are confirmed in the face of its demanding and surprising final stretch.

Through two long chapters (several hours for each if we take it easy, as has been my case) we will revisit two areas of the remake (the aforementioned neighborhood plus a section of the Shinra building), with new routes enabled for the occasion so that it is not so obvious the feeling of already seen.

The absolute protagonist will be Yuffie Kisaragi, who will accompany during a good stretch of history Sonon Kusakabe, an interesting addition to this story in which there will be other faces that will debut for the first time in this remake, leaving for the end a couple of quite crazy surprises that we prefer to omit. We will only say that the universe of this Final Fantasy VII continues to expand.

Saving the good for last in this expansion 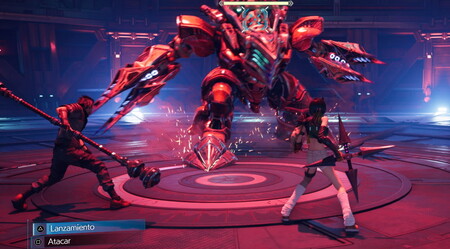 The structure of these two chapters with Yuffie and Sonon do not differ much from what was seen with respect to those of Cloud and company. The first follows the pattern of the longer chapters, by enabling finds as secondary missions, such as the turtle paradise posters or one new version of Fort Condor, one of the minigames that I liked the least of the 1997 classic.

To say that my mind had completely forgotten the original and that this bet on a more current style following the fashion of the mobile sector with so many and so many clones, where nor are sacred cows fought like Gears of War, has not convinced me either, it is evident that the initial section is a bit heavy if we are completists and we put the main mission aside. Although the truth is that it does not shine if we go to the point, being a chapter (a priori) of filler.

If it becomes bearable, it is because of the charisma that Yuffie wastes, who we see in her sauce in her own adventure, standing out for her sympathy and the contrast of seeing her leading a mission at such a young age compared to Sonon, who has no choice but to obey his superior, no matter how impetuous or clumsy that is. Both form a tandem that gives a lot of play in the story, both in the conversations of journeys on foot and in scenes of greater emotional impact.

To this must be added the playable news from Yuffie, being able to throw his shuriken to break boxes at a distance and thus obtain objects. And in the same way for combats, when using the triangle button to launch it and then press the square to continue making ranged attacks, to which we can apply elemental powers in order to take advantage of the opponent’s vulnerabilities. But the best are the combo attacks with Sonon. 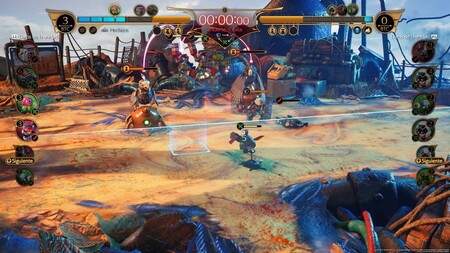 Neither I liked Fuerte Cóndor in 1997 nor now in the middle of 2021 when it relapses in an exploited fashion.

Not being able to control Sonon directly (no, in this INTERmission we only control Yuffie) there is a special technique that we can activate to synchronize attacks with our partner, leading to much more powerful attacks. Although this does not mean that we can give him orders manually, such as using abilities, spells or objects with his BTS bar active.

In this way it is compensated that during the whole adventure we only have two characters, seeing one Tremendously capable Yuffie on her own cope with all kinds of dangers thanks to the versatility that your shuriken offers.

The first demanding moment comes with that Gigantopod that Square Enix showed last May, being the boss who closes the first chapter. Until that scene the story meets the right and with a new location in which There is a lot of play with Yuffie’s gadget to activate mechanisms from a distance: if there is an obstacle in between, the shot fails, of course, so you have to find the ideal angle. And on this he will delve into a special minigame with boxes.

It is precisely in the second chapter where he changes radically, when he throws himself fully into the fighting. There are slight parts with mechanisms, but everything is more linear and with no possible way out: it is time to advance to the enormous surprise of its final stretch. There another license is taken that will affect the future of history in the next parts of Final Fantasy VII Remake and that it was never seen in its main branch … On a personal level I have loved it, apart from being a challenge …

Final Fantasy VII Remake as a game (on PS5) 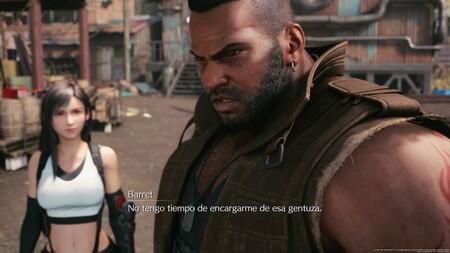 Regarding the main story I must say that I was one of the most reluctant in his day when Square Enix made it clear that it would split the story into multiple volumes, focusing first on Midgar. But in the end I had to eat my words because I came to remarkably enjoy this reinterpretation (quite expanded) of what was experienced in the initial section of the mythical Final Fantasy VII. Nothing that my partner Rubén did not say in his day when analyzing this remake when it debuted on PS4, in any case: one thing is to give an opinion from the outside and another to see what it really offers.

Being a fan of the classic, as much as my heart takes it Suikoden At that time, I found the decisions to be made in terms of design, such as when it came to revamp turn-based battles to make them more dynamic (optionally), the episodic development (to replay each section directly when completing the adventure) or especially the changes in its history.

Because it was not a remake to use, but in the same way a reboot to tell things differently, with subtle changes at times, with nods to the original, but also without fear of offering interesting twists at key moments. And with an ending that I applaud for bravery. End of which, by the way, we will have an extended brushstroke in Intergrade, with a couple of cutscenes that reveal what will happen next … 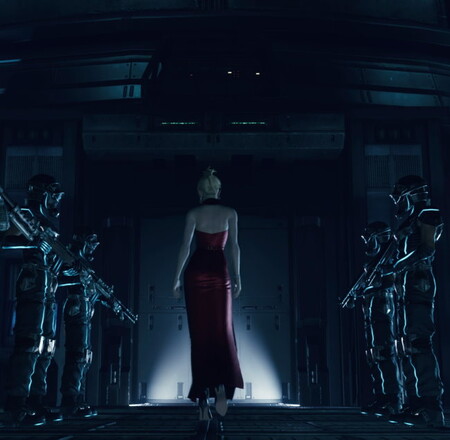 Enough to justify the purchase of this Yuffie INTERmission? That will depend on each one, although it will offer a series of extra challenges for Cloud’s main story after completing Yuffie’s. The problem is its starting price if we consider that the PS4 remake can be obtained without problems by 34,90 dollars in physic. If we buy the expansion directly (19,99 dollars) it does compensate, otherwise we will be paying double.

If we are not interested in the Yuffie expansion, the main game can be upgrade to PS5 version at no additional cost (Unless we have the version that was given in PlayStation Plus, which does not allow it), gaining in terms of performance compared to the PS4 remake, logically. Already for that reduction in loading times (without getting to the anecdotal that results in Demon’s Souls when traveling) is worth it, apart from the use that is given to the DualSense, as much as it no longer impresses as much as it did with Astro’s Playroom, one of those who made the best use of it.

It’s a long adventure (almost 50 hours on my first lap) that leaves us with honey on our lips, it is true (as it is structured in several parts it is inevitable), but that offers a better version of the Midgar that marked us so much in 1997. 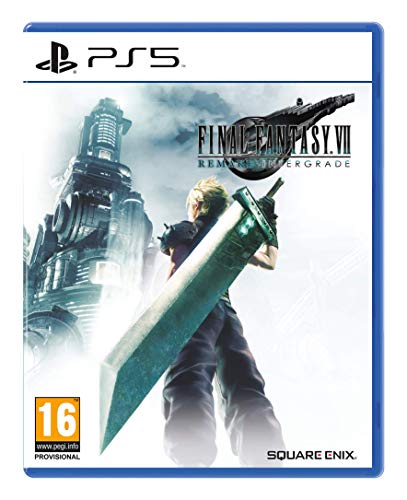 In short, if you played the PS4 remake, you will already know what awaits you, having to meditate very well if it pays to buy the Yuffie expansion in large numbers, which takes a long time to take off. If, on the other hand, you did not play it at the time, you have the ideal batch to fully exploit it on PS5. Not in vain are we before the great reinterpretation of an RPG that marked a whole generation of people. 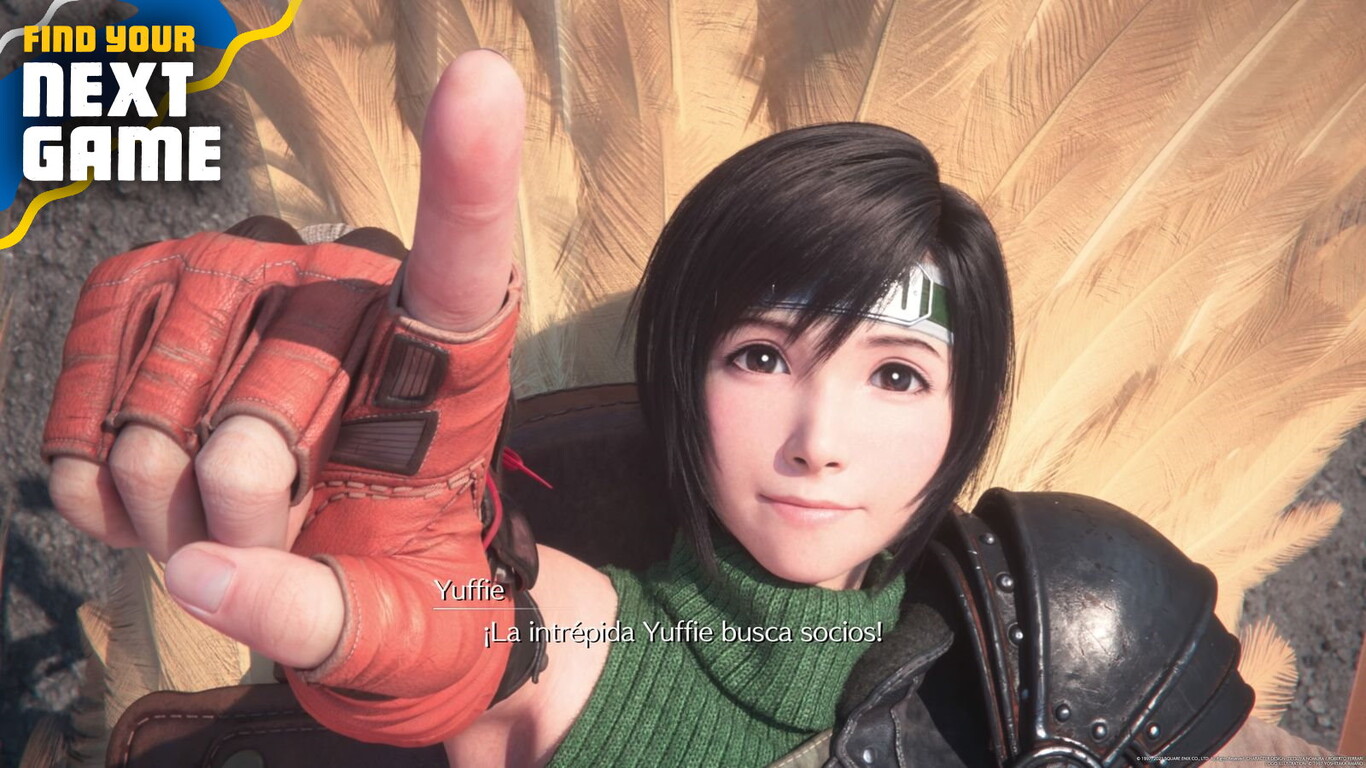