Capcom announced the final update for Street Fighter V just a week ago, but that doesn’t mean the tap on new content will be cut off: new suits, new colors for all the characters and even a new stage full of nostalgia they will arrive in the game starting next week. However, this type of content is not acquired with Fight Money and it has its why.

After closing the last edition of the Capcom Pro Tour (CPT)the eSports league of the Blue Bomber company, Capcom warms up the atmosphere of the new season with the traditional new batch of thematic content. Part of the amount of these is used for promote your own competition and make the pot that the winner takes bigger. Logically, none of these items have an impact on the gaming experience, but rather they are only aesthetic. 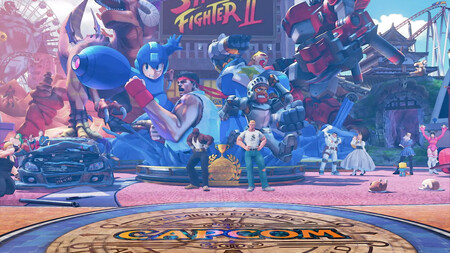 Of course, there is one content that stands out above all the rest: el Ring of Arcade

, a quaint new setting that pays homage to arcade hits with tons of cameos and Easter eggs. Not only will there be chickens and pipes lying on the ground or a Ghosts ‘n Goblins-inspired amusement park, but there will be the return of Scott and Max, the two street fighters from the opening scene of Street Fighter II. Quite a detail.

Of course, those from Osaka have everything very well studied: Capcom Pro Tour 2022 content will arrive on March 29 along with the free game update, which adds new fighter balance, more visual options – including a cel shading filter – and more, bringing everyone will receive news for Street Fighter V the same day.

Breaking down the CPT 2022 Premier Pass

While each new costume and the Ring of Arcade can be purchased separately from the in-game store, there will also be a CPT 2022 Premier Pass valued at 19.99 dollars on PS4 and PC that includes all the new thematic content announced, which includes:

As a detail to keep in mind, none of the suits from the previous CPT Premier Pass have been included in the new editions of Street Fighter V. In essence, because it is only aesthetic content designed for fans of the Capcom Pro Tour. However, it is worth noting that unlike the previous batches, all the costumes have been revealed instead of waiting for the final. Will it be a sign of the relief of Street Fighter 6?

One more round for Street Fighter V 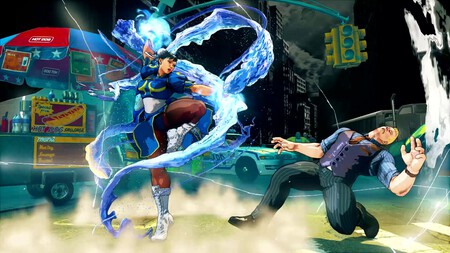 The one announced as the definitive update of Street Fighter V with the new balance of characters (which will give rise to more combos and strategies) and the start of a new competitive season they further extend the life of a game that, despite being active for six years and with a new installment already announced, refuses to run out of steam.

Street Fighter V did not start off on the right foot. The lack of offline content coupled with the lack of Arcade mode played against it, and the constant connection drops were a calamity for fans. Little by little, the game found its own redemption that leads EVO 2022 itself along with the rest of the titans of the fight -including sagas like Mortal Kombat, Guilty Gear or The King of Fighters that have already given their own relief- is the best test of it. 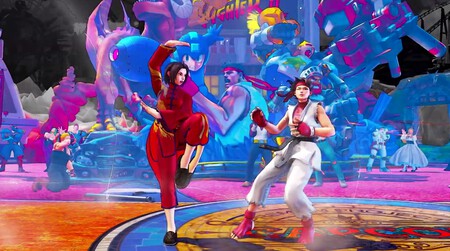 With everything, Capcom knows very well how to amortize nostalgia– The arrival of the Ring of Arcade, by far the most interesting item in the new batch, comes on the eve of the just-announced Capcom Fighting Collection – virtually every game in the collection is nicely integrated into the setting, including Red Earth O Cyberbotstwo true rarities of the company.

Will the celebration of the Capcom Pro Tour 2023 catch us playing Street Fighter 6? Who knows. The Osaka company promised news about the new numbered installment of the saga. And while Luke capped off the Street Fighter V panel of fighters, we’re sure his killer hooks will make all the difference at CPT 2022.

For our part, and setting the short-term perspective more, we leave you below with the video review of all the content and free extras that will reach Street Fighter V from next March 29.

FC Sevilla vs Borussia Dortmund: This is how you see the Champions League preliminary round live stream