the most nostalgic Triforce seasoned with countless miniature secrets

Phil Spencer recently took the floor again to give his opinion on how the video game industry faces the passage of time. It is inevitable to see how current systems are finding it increasingly difficult to give access to their own past, with a PS5 that is only backward compatible with PS4 and a catalog of yesteryear on Xbox that is limited by different issues.

It is the access to that fundamental past, not only to understand yesterday, but also to be able to anticipate tomorrow. And what the heck, we all want to be able to have a good game of Chrono Trigger or the PS2 classics. Each company faces different ways how to open the doors of your previous library to gamers, with the case of Nintendo on Nintendo Switch Online.

Although this is the digital option, it has been interesting to see how the Japanese company bet on another way: the physical-nostalgic (yes, I just made it up). The NES Mini, the SNES Mini or the also recent Super Mario 3D All-Stars are examples of recovering what made you great, with a selection of selected works.

In this line are the Game & Watch, which are already in their second edition after the version dedicated to our mustachioed plumber. In this case we already have at our disposal the Game & Watch: The Legend of Zelda, which brings together the classics of the NES and Game Boy inside, along with quite a few surprises. Has good old Link conquered me? Pixel by pixel, it has earned a place on the shelf.

The Triforce in miniature

We are not in 1989, they have passed 32 years since the original Zelda Game & Watch was released

And even a Link’s Awakening remake is playable on Switch. The game that previously needed a whole cartridge to be played, could now fit perfectly in an archive of our mobiles, which does not detract from the quality of what was achieved in its day. 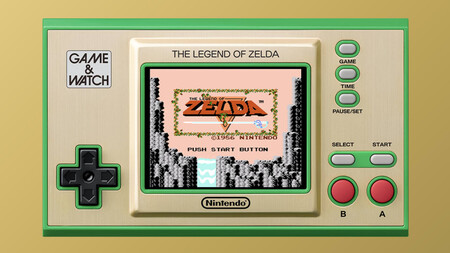 We are not only talking about the versions that reached our lands, but also Nintendo has taken care to include those from other regions. For many years, the differences between America, Europe and Japan were evident, changing different aspects of the game. You probably don’t even know the slightest bit about all that Japanese text, but it is really appreciated to be able to compare those changes. Even in Link’s Awakening we can play the French and German versions.

Is it a comfortable and valid way to face all three adventures today? Absolutely. It is a pleasure to go through the three games and despite the fact that your thumb is bigger than the crosshead, it is frankly easy to move Link with ease and as always, the failure will come from your own mistake and not from the Game & Watch.

Back to the past

If you take a look at the original Zelda Game & Watch, you will find what a machine of these characteristics could aspire to at that time. An LCD screen and a few pre-drawn images it was all the system needed to present a Link who faced waves of enemies, with increasing intensity. On the other hand, it could perfectly serve to use your internal clock.

The two formats are recovered in this edition of 2021 and with some juicy extra. In the first place, we have the clock itself that fulfills the most obvious function of marking the time. However, the best thing is that we will not only see the numbers on the screen, but they will be superimposed on levels from the first The Legend of Zelda. Link will begin to kill all the enemies

Let them stand in your way mercilessly as the seconds tick by. 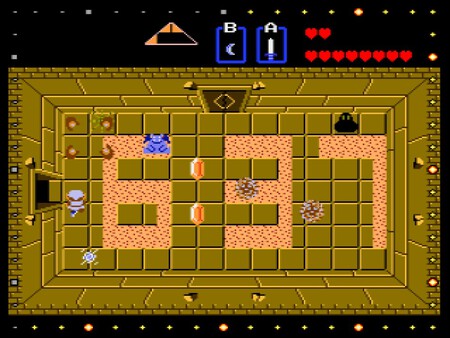 Even better is that we can take control of the Game & Watch and control Link on that same screen. There’s not much to do, beyond plunging into an endless loop of destruction, collecting rupees, and snatching more hearts, but it’s a welcome touch.

The part of Enduring hordes of enemies is taken by Stopwatch mode, which allows us to establish a certain time (up to 10 minutes), give it to start and the cake party is inaugurated. The objective will be to get rid of as many enemies as possible in the strip that we have established and all this with the mechanics and aesthetics of Zelda II: The Adventure of Link. One more reason to bite yourself or pass the Game & Watch to the next person to see if it beats your mark.

The nostalgia doesn’t stop here. Many Game & Watch had adaptations of the most legendary Nintendo franchises, such as Super Mario Bros. or Donkey Kong, but we also had versions with small games. Simple, but accessible, many became classics which were later adapted and this little machine does not forget about them. 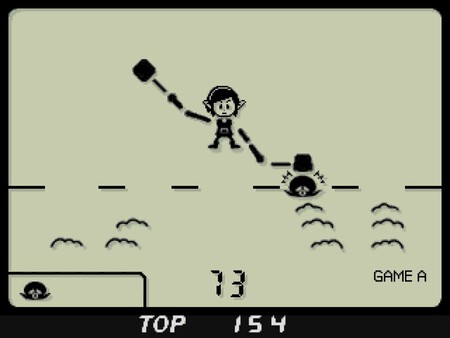 That is why inside we have Vermin, the game of 1980 in which we had to hit the insistent moles on the head. Simpler than a jug, which makes it a perfect claim for even the least familiar with video games. As a Zelda theme, here the mythical character has been replaced by a Link who no longer knows how to position himself to hit the moles.

Easter eggs to make an omelette

Here is one of the key points of the entire Zelda Game & Watch. The binge of easter eggs, secrets and curiosities is tremendous that presents the device in such a small size. Starting directly with the case itself, which sports a Triforce on the back and lights up green while we play. But the real magic is hidden inside.

The barbarity of tricks and hidden details is colossal. Best of all, many of them are aimed at making life easier when playing the three games. For example, if we hold down the A button for five seconds when selecting a save file, we will start with the maximum number of hearts. What’s more, in Zelda II we will also improve the attack and magic and in Link’s Awakening the sword will rise to level 2.

In the first Zelda, we will also have acceso a Second Quest, an even more difficult version of the 1986 game. There are two ways to achieve this, either by completing the game once or by simply naming a file with the word Zelda. In this way we will jump directly into this challenging challenge.

If Xbox Series has Quick Resume, the Game & Watch does not want to be less. We can turn off the console, change games or go to the clock quickly and we will not lose the progress of what we have done; The game will be resumed where we left off (although you can save manually if you prefer).

Vermin also hides a third game mode, making it much more difficult to hit the lucky moles. Hold A for five seconds on the title screen and enjoy. It is possible that if you play non-stop you will not notice that the Game & Watch enters a standby mode, which will result in show cool artwork from friend Link. There are up to 11 to discover, all perfect as wallpaper. 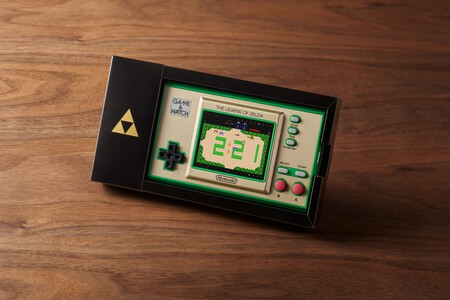 The truth is that I could spend all day relating the list of secrets that you can find, but we already have a specific article for it. The final finish is the dark frame, with a Triforce symbol on the left, perfect for placing the Game & Watch and making it look on the shelf.

Is the Zelda Game & Watch a good product? Of course, it is difficult to get a defect out of such a small space. This Nintendo way of approaching its own past not only to those who lived it, but to those who can still live it, may not be the ideal one. Of course, if the bet is this way with retro consoles, the work is phenomenal and you can see that there is a lot of love invested in a system packed with fun.

Dimensional Ink will develop an MMORPG based around the Marvel Universe

“GTA 6” is already available in China with a WTF cover

The pirate game will no longer appear in 2022

Dimensional Ink will develop an MMORPG based around the Marvel Universe