There will be no E3 2022. Here’s what we know about the cancellation and promised return of gaming’s biggest event

In January it became official that E3, the largest annual video game event, was rethinking its organization: it would not be face-to-face and an online alternative was being sought. Almost only two months after its celebration, media such as IGN O Kotaku They already report that ESA has definitely ruled out holding the E3 2022 event. At least, as far as the next edition is concerned.

The ESA has issued an official statement publicly in which we are postponed to an E3 2023. In any case, a pity given the magnitude of the event and the number of games that are to come for the rest of the year: from God of War Ragnarok to Starfield, going through the new Mario Strikers. Little joke.

We will devote all of our energy and resources to delivering a revitalized physical and digital E3 experience next summer. Whether enjoyed from the exhibit center or on your favorite devices, the 2023 showcase will bring the community, media and industry together in an entirely new format and interactive experience. We hope to introduce E3 to fans around the world at a live event from Los Angeles in 2023.

That said, if this release had been released a day later it might have been a brilliant way to get into the April’s Fools Day. That the next event is canceled does not mean that there are no plans for hold a new E3 in the appropriate conditions.

Why is an E3 cancelled?

Although the cancellation of the next E3 is a strong blow for video game fans and even greater for all those who wanted to be part of that show and privileged showcase of the future of video games, the truth is that it is not the first time it happens: ESA made the decision to skip E3 2020 given the complications of the global pandemic and the spread of COVID-19. The health of the participants is always above all else.

The first movement in the face of this rethinking was made on January 7, 2022 in which, as we mentioned, it was decided to find a solution without going into details about them.

Due to health threats related to Covid-19 and its potential impact on the safety of exhibitors and attendees, E3 will not be held in person in 2022. However, we are excited about the future of E3 and look forward to it. announce more details soon.

The threat hasn’t changed, but the global context has intensified. And that EA Play has also jumped off the 2022 digital event bandwagon is bad news for everyone, to say the least. But, on the other hand, the calendar is not exactly empty. 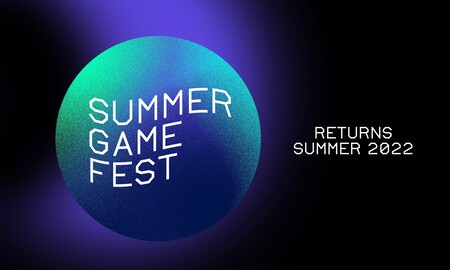 All in all, we will not run out of our share of summer novelties: Geoff Keighley has taken advantage to remind that their Summer Game Fest 2022, their own big June event, will go ahead as planned.

The announcement of the cancellation of E3 is one day ahead of April’s Fools Day, there is another fact to take into account: two days before this possibility was on the table, the delay of the sequel to The Legend of Zelda became official : breath of the Wild. One of the highlights of 2022 that will become one of the reasons why 2023 seems so far away.

In any case, the participants of the event are beginning to be summoned to a very promising E3 2023 in which we will very possibly know more about Alan Wake II, Marvel’s Spider-Man 2 or Suicide Squad: Kill the Justice League. Titles that will shape and color a year that will definitively establish the new generation of Microsoft and Sony. A generation that, by the way, has also been compromised in the face of its arrival on the shelves.

However, it must be admitted that we will have no room to get bored in 2022. Nintendo Switch has distributed great games for the summer, the Xbox Game Pass does not stop adding great games and the new PlayStation subscription service will shake the storage of our consoles. Is there room for surprises? Well, Geoff Keighley has something up his sleeve for his event, and his relevance is now greater than ever for the video game industry and fans.

E3 2022: very bad news for the event that was supposed to take place online!

FF7 Remake 2 is finally set to release next month

E3 2022: very bad news for the event that was supposed to take place online!