Wait comes to its end. One month after announcing that variable refresh rate (known by the acronym VRR in English) came to PS5, Sony itself makes it official that it will be implemented worldwide this week. And not only that: we already have the list with the first compatible games.

through the blog oficial de PlayStation have been announced the first 14 PS5 games that will receive a patch to accommodate this technology that improves visual performance, increases sharpness and reduces or eliminates effects such as ‘tearing’.

Moreover, seen what has been seen, if you have a new generation PlayStation and PS Plus, you most likely have several of these games.

The first impression is that several of the great games of PlayStation Studios say present along with other standard-bearers of the console itself. And beware, Sony anticipates that the next releases will be able to benefit from improvement output. 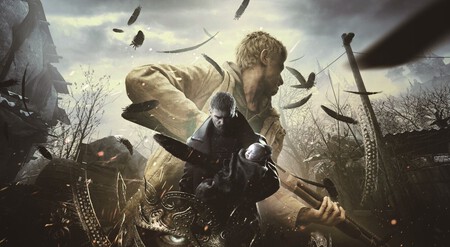 From here it is time to answer something more or less essential: What do I have to do to make my games look better?

To begin with, the essential thing is to have an internet connection to download both the new console update and the patches for each game. Deployment of updates has started and will reach all consoles in a matter of days.

From there, and according to the official blog, if your PS5 is connected to a TV or PC monitor that supports HDMI 2.1 VRR, the VRR will automatically activate in compatible games after the update is installed.

And what about the rest of the games? According to Sony, VRR can be applied to PS5 games that are not compatible, although results may vary depending on the TV, the game you play and the visual settings we use. However, you can also disable it in ‘Display and video’ in the settings.

The variable refresh rate implementation is a new step towards that true generational leap that for one reason or another is taking longer than expected. It was already present on Xbox consoles and it is expected that this new boost in quality for this first batch of games is only the beginning of a larger one.

In any case, new reasons to resume our games of our favorite obsessions right where we left them.

Elden Ring Invader meets Jesus and Satan, both are killed

where and how to farm runes fast to level up

For Mother’s Day 2022: Here are the best e-readers to give your mom

Samsung: No smart TVs with OLED displays from LG for the time being

6 racing game recommendations that are really worth it

Asus’ 500Hz monitor proves that science has gone too far

where and how to farm runes fast to level up