This is Superfuse, a Devil-type RPG with a comic touch and some very bad-tempered superheroes

Raw Fury and the company Stich Heads Entertainment have announced the development of Superfusewhich could be said to be an action RPG with a gameplay inspired by the Diablo saga, but it also highlights its artistic section in which it gives the impression that we are facing a comic.

The plot presents us with a future in which humanity has expanded throughout the Solar System and billionaires have taken control of everything, to the point that the rich are getting richer and the poor poorer. On top of this we must add the fact that putrid beasts and monsters known as “the Corruption” have begun to emerge.

That led the rich, self-proclaimed gods, to create the Protectors, a group of superheroes and the only ones capable of re-establishing order. Of course, do not expect a group of noble heroes, because they have very bad tempers and will not hesitate to crush any creature with all their might, hence the gameplay will also have a very beastly touch. 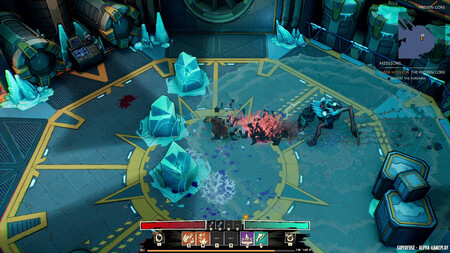 The characters will be able to customize their powers based on the way each one plays. In total there will be five different classes with skill trees that will make it difficult for two heroes to be the same thanks also to the items that can be equipped. In addition, the campaign can be completed alone or in the company of three other people with its cooperative multiplayer.

And something that will also change constantly will be the dungeons, whose content will be procedurally generated so that we never know what enemies, bosses and objects will await us in them. For now Superfuse It does not have an approximate release date, but it is expected to arrive this year on PC through Steam.

We tested the Samsung Galaxy A53 camera and all its new features: fun mode, portrait…

Uploading videos to Twitter will remain a sharing option

Picture of the Day: All the bosses of Elden Ring face off in an epic battle, who will win?

V Rising: Vampire Survival is a huge hit on Steam

Sony wants to phase out first-party PS4 games by 2025

Asus Zenbook Duo: The dual-screen PC is melting in price this weekend!

Uploading videos to Twitter will remain a sharing option