What to expect from Electronic Arts at E3 2021, Summer Game Fest, and EA Play

Electronic Arts It is one of the titans that is reborn with new strength with the arrival of summer: although it usually launches one or two bombings during the first half of each year, it channels the output of its super-sales between the months of September, October and November. And, in that sense, both the month of June and E3 2021 itself and the Summer Game Fest they have a special weight.

As a conference organizer, EA will be absent again at E3 2021 and not only does it go on its own with its own summer event, EA Play, but this year it calls us to July to know in detail its plans for the future and news. Which does not mean that before it there are big announcements, like the new one Battlefield, and we can expect advances in conferences such as that of Microsoft O Nintendo.

Ultimately, ahead of EA Play 2021 there will be key releases from Electronic Arts, such as a F1 2021 which, in addition, will be the first Codemasters title launched with the EA Sports logo.

And even though the margin for surprises is really tight, especially given the weight and prominence of the annual sports sagas, much of what EA has already announced and in its hands is serious business. Very serious. Especially with a BioWare that is totally committed to its two key sagas: the next Dragon Age and a new Mass Effect.

With those factors ahead, and continuing our review of what we can expect from each heavyweight heading into E3 2021 and the big summer events, let’s review all the cards that Electronic Arts is shuffling before I put them on the table and turn them over. And, as you will see, the play he has is very interesting.

The next Battlefield, the DICE and the mobile

The saga Battlefield has become an absolute priority for Electronic Arts, and its future in the short and medium term involves two games: the new installment of the main saga, developed by DICE, and a mobile adaptation that wants to measure itself from you to you with the success of Call of Duty Mobile.

The official presentation of the game that we know as Battlefield 6 will take place June 9 at 4:00 p.m. in Europe (9:00 a.m. in CDMX), on the eve of E3 2021, with which it is more than probable that they summon us to a later conference to know new details. Microsoft’s, a State of Play, the Summer Game Fest or directly the EA Play? 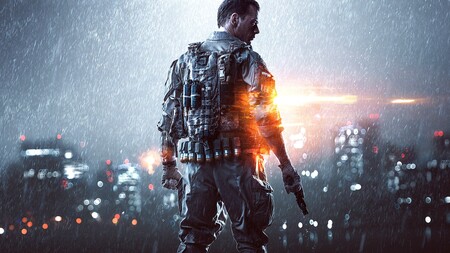 The saga Battlefield 6 addresses first-person shooter experiences and the sensation of participating in huge war conflicts from many different points of view, highlighting its spectacular single-player campaigns and its massive multiplayer modes with dozens of players. In this regard, we are looking forward to seeing EA take advantage of next-generation systems.

For its part, the game we know as Battlefield Mobile is in the hands of Industrial Toys, although DICE is involved in the development, and its official departure is scheduled for 2022. It is expected to offer a cutting-edge shooter experience designed specifically for mobile and with unique features to deliver the best experience.

BioWare goes for it all and bets everything on the role

After Anthem and the particular case of Mass Effect Andromeda, BioWare takes up its most powerful fantasy and science fiction sagas to give them continuity. Two true role models in video games and, consequently, two of the most powerful sagas of Electronic Arts itself.

New Dragon Age (also popularly known as Dragon Age 4 and codenamed Morrison) we know that the elven god Fen’Harel, the Terrible Wolf, will be one of the axes of the story itself. For their part, Dragon Age: Inquisition players will once again run into two old acquaintances: Solas and Varric Tethras.

About its playability, we know that restarted as a game as a service and subsequently, took up the classic approach as experience single-player.

Regarding al próximo Mass Effect, almost everything is unknown. We do not even know if it will be the fifth installment or will go directly to be the fourth, relegating to Mass Effect Andromeda. That said, his very recent improved reissue of the original trilogy invites us to think that there will be some plot continuity.

At the moment, neither of these two games has a release date, and we are not counting on EA to release them this year. However, it would not show a sneak peek again, at least during EA Play or November 7 (Mass Effect day) would be a missed opportunity.

While there is a new Need for Speed on the way and will come from the hand of Criterion Games, we do not expect to see it this year: the team based in Guildford has their hands full helping DICE with Battlefield. Of course, as we will see, Codemasters will cover the share dedicated to driving by Electronic Arts this year.

What we do have more chances to see throughout this year is Skate 4, the return of the highly acclaimed saga of skateboarding. Seeing how well the re-release of Tony Hawk classics, the expectations around the saga itself and that its managers are involved in the development, we can expect a new numbered installment to rise to the occasion.

The great unknown of EA, on the other hand, goes through Motive Studios and its new game. Their most recent works link them to Star Wars, including Star Wars: Battlefront II and the much more recent Star Wars: Squadrons. Will we see something related to the galactic saga or a totally original project? We settle for not taking long to find out.

Annual EA Sports appointments are back and Codemasters enters the equation 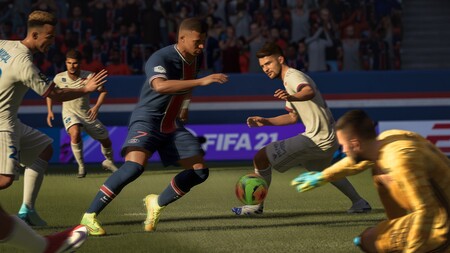 Annual appointments with the sport by the label EA Sports They are usually the true engines of each summer event (or late spring), and this year will be very exceptional: the new generation of consoles must imply a comprehensive quality leap, and the acquisition of Codemasters will be a very strong boost to the label itself .

From the outset, we have the return of the great sports bestsellers from Electronic Arts: it is time to find out the covers and the news of the maximum references in terms of football, American football and hockey. Namely:

In the air is the possible return of a NBA 2022 which, for more than a decade, has not been able to match the 2K Games alternative; as well as a fifth edition of UFC, the mixed martial arts game based on the Ultimate Fighting Championship. However, this year EA’s sports offering is expanding in a big way.

After the recent acquisition by EA, from this summer Codemasters games will be published within its sports division, starting with a F1 2021 It will go on sale on July 16. Three days before if we bet on the Deluxe edition. To this must be added the possible announcement and arrival of new content for Dirt 5 O Dirt Rally 2.0.

And who knows? Just before the end of the year we see some new driving proposal by the English.

Electronic Arts tends to give a deserved prominence to super-productions, but it also embraces less conventional initiatives. Which includes the newly released It Takes Two, the cooperative adventure of Josef Fares, or the two installments of Unravel. In fact, the second of them went on sale the same day it was advertised.

In this regard, we can expect news from at least two titles of EA Originals that will arrive from this year: 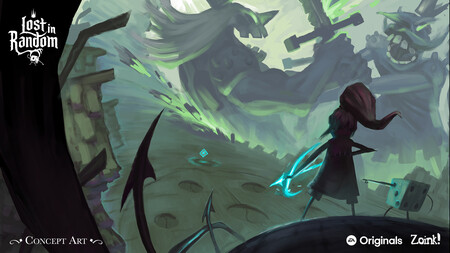 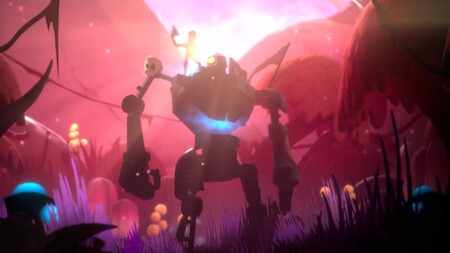 Which of these games will we see at E3 2021, which at Summer Game Fest, and which at EA Play? Most likely, Electronic Arts will strategically deliver the big announcements of its key releases and funnel the bulk of the news at its own event. And, as we have seen, it has a lot to show.

Adventure Time: Together Again fills the void of The Good Place