10 Donkey Kong curiosities that will surprise you

Donkey Kong is one of the most curious characters in the Nintendo universe. The best-known primate in the video game industry, present in it for more than three decades, has starred in many titles and appeared in many others. For this reason, he has earned a place in the hearts of many players from all corners of the planet.

Since its debut, Donkey Kong is a character with a fervent legion of fans. Thus, despite the fact that many know some of his most curious stories, there are others that have not transcended so much in popular culture. For this reason, today we are going to tell you some information related to this ape that, perhaps, will help you to get to know him better.

Many are struck by a verifiable fact: Donkey Kong has no tail. The character, despite being an ape, lacks this characteristic element of them. This is because, at some point, Donkey Kong lost his tail and thus was never able to get it back. In fact, in the second installment of Donkey Kong Country for SNES, King K. Rool insists that the character is a monkey. It will depend on Nintendo if at some point we have an explanation.

Appears in the video game of a well-known television series

who doesn’t know The Simpson

, the adult animated series created by Matt Groening? Well, if you’re a fan of the series and played The Simpsons Gameavailable on Nintendo DS and Wii, you may have noticed a detail: a reference to Donkey Kong appears. Thus, one of the bosses of the title is a monkey that throws barrels, just as the character did in his arcade debut. In addition, this is not the only appearance of the primate in the license, since he has also been seen in some other chapter. 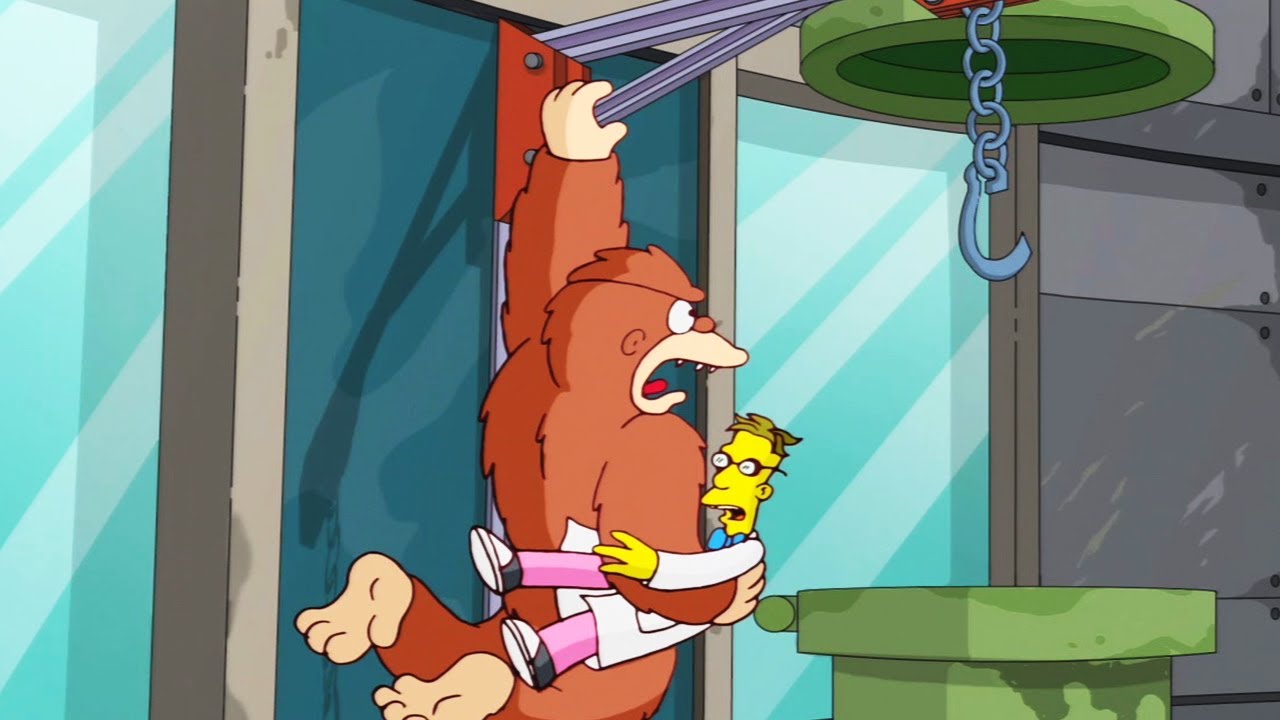 Nintendo wanted to get the rights to Popeye. The popular character, who lived his golden years a few decades ago, was always in the company’s sights. However, given the impossibility of adapting a video game based on the license, the Big N chose to create the Donkey Kong of arcade. The obvious differences between both products avoided litigation with the owners of the character, a situation that did not happen with Universal, a corporation that complained about the parallels with King Kong.

For the North American giant, the successful Donkey Kong He took a lot of inspiration from his well-known movies starring King Kong. Therefore, he considered it appropriate to sue the Big N, which is why both companies had to go to trial. However, the court determined that Nintendo had not broken any rules and, therefore, dismissed Universal’s requests. And this, in addition to shelving the situation, caused The company would like to pay tribute to John Kirby, the lawyer who defended them in the case.

Although it may seem incredible, one of the greatest curiosities of Donkey Kong is his desire for portable consoles

. In Donkey Kong Country ReturnsIf we spend a long time without moving the character, he will take out a Nintendo DS and start playing. And in Tropical Freeze, the next installment in the series, will do the same for a 3DS. With such large hands, we are surprised how he is able to use these devices.

He is not the protagonist of arcade games

Although they bear his name, Nintendo highlighted a few years ago that Donkey Kong is not the character that appears in the two arcade titles.. In the first, which marked the debut of Mario, the protagonist is Cranky Kong, the ape’s grandfather. In the second, which puts us in the shoes of a primate and leads us to rescue Cranky, the protagonist is Donkey Kong Jr., his son and, at the same time, Donkey Kong’s father. 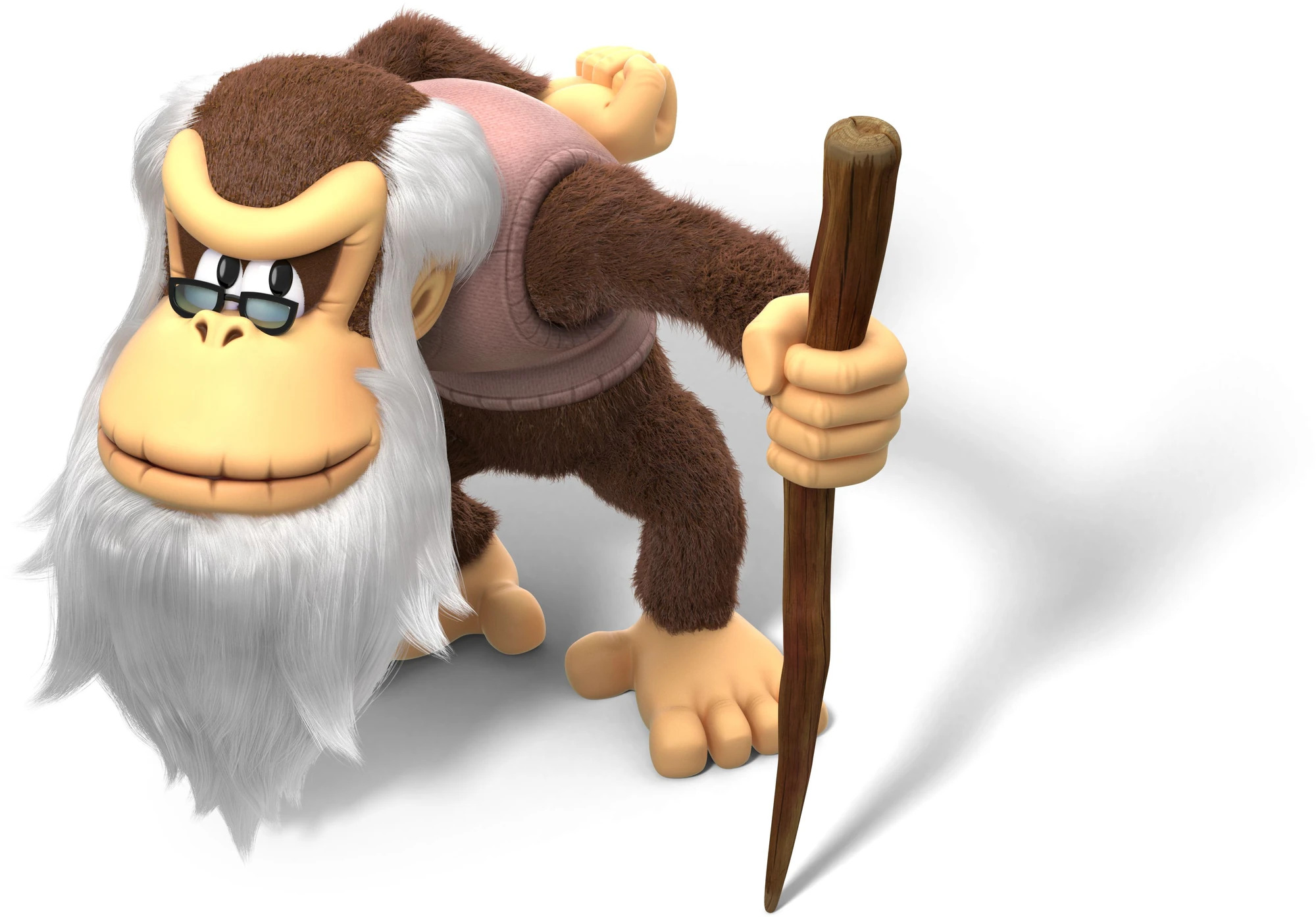 Holds the record for collectibles

Donkey Kong 64 is a rara avis within the license. As loved as it is hated, the primate title for Nintendo 64 is, without a doubt, a game incapable of creating indifference. However, there is a reality that cannot be discussed: It is the title with the most collectibles in the history of video games.. As detailed by the Guinness World RecordsRare’s work has nothing more and nothing less than 3,821 collectibles. There is nothing.

the launch of Donkey Kong Country on SNES it was a setback for Shigeru Miyamoto. The Japanese artist, creator of Super Mario y The Legend of Zeldaconsidered that the first installment of Rareware for SNES demonstrated that gamers preferred games without soul

with a lot of graphic power. This was due to the reception of this title and Yoshi’s Islandthe sequel to Super Mario World. Luckily, the creative later recognized the quality of the title and even helped in future deliveries.

The saga has sold more than 50 million

In total, the titles starring the character have sold more than 55 million units. This figure, which only goes further, demonstrates the reasons why the primate series is one of the most successful in the Big N. In addition, its popularity is such that, as the company already confirmed at the end of 2021, Donkey Kong will be the protagonist of the first expansion of Super Nintendo World.

He lost his teeth for a few years

The trilogy of Donkey Kong Country of SNES is the most beloved of the series. However, what draws the attention of some is Rareware’s decision. Unlike previous and subsequent installments, in the official art of the covers of these titles Donkey Kong has no teeth. Without a doubt, something anecdotal if we take into account that the character recovered his teeth when leaving the Brain of the Beast.

A wild Metroid snuck into one of his games

We couldn’t finish this list of Donkey Kong curiosities without naming one of the most recent. In Donkey Kong Country: Tropical Freezeboth in its Wii U and Nintendo Switch versions, it is possible to see an unexpected guest in an aquatic phase. As you will see under the image, a Metroid snuck into the character’s most recent adventure. This image, which took years to discover, shows a detail that is visible to the most attentive. 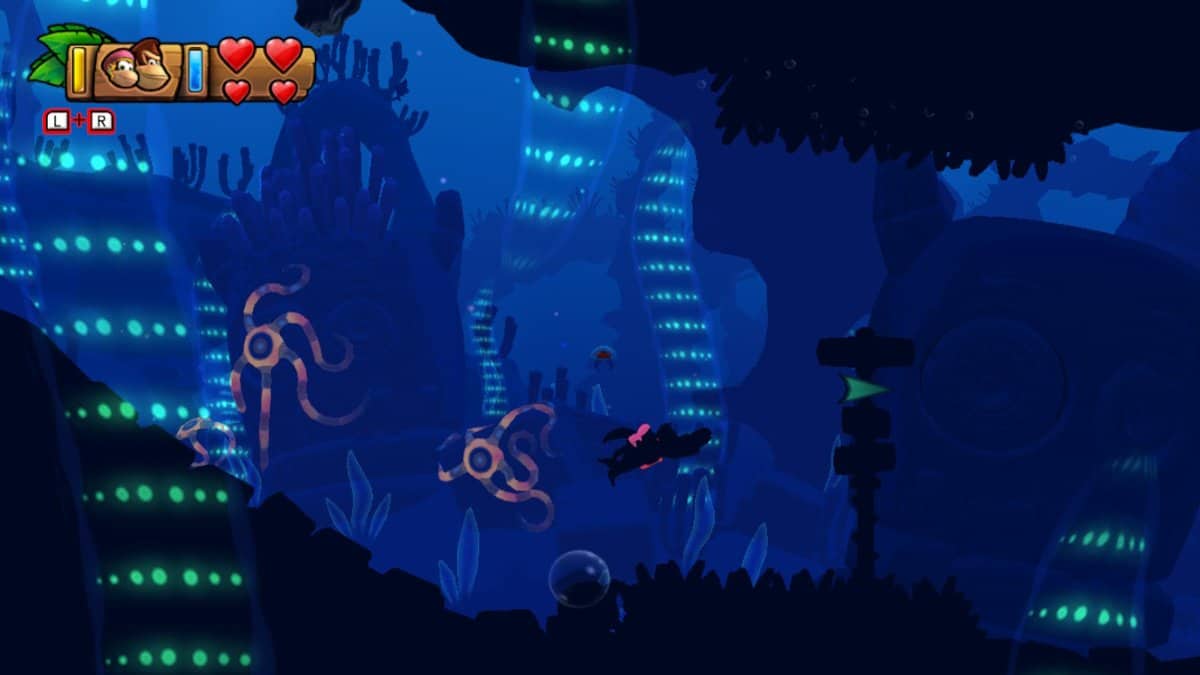 So far the curiosities of Nintendo’s most beloved primate. And you, did you know the ones we have collected in the list? Do you know any others that we have overlooked? We read you in the comments.

Sega tries to explain what Sonic Frontier’s “open area” is, but it’s still not an open world

Splatoon 3 shows us in this video his Lashers