Today we bring you a very interesting story. Recently, a person named Chris Stokes contacted Nintendo Life to assure them that he had in his possession an original art of the first Star Fox, being a gift from Shigeru Miyamoto to Jez San from Argonaut (English company that was responsible for the development of the classic game). Since this could be something unusual, the outlet contacted Jez San, who confirmed that the piece of art was indeed real.

This piece of art Creada por Takaya Imamura, has its origin in the development of the original game, showing all the characters of the title in one of their first representations in the entire story. Therefore, its value is immense. You can take a look at the art right here: 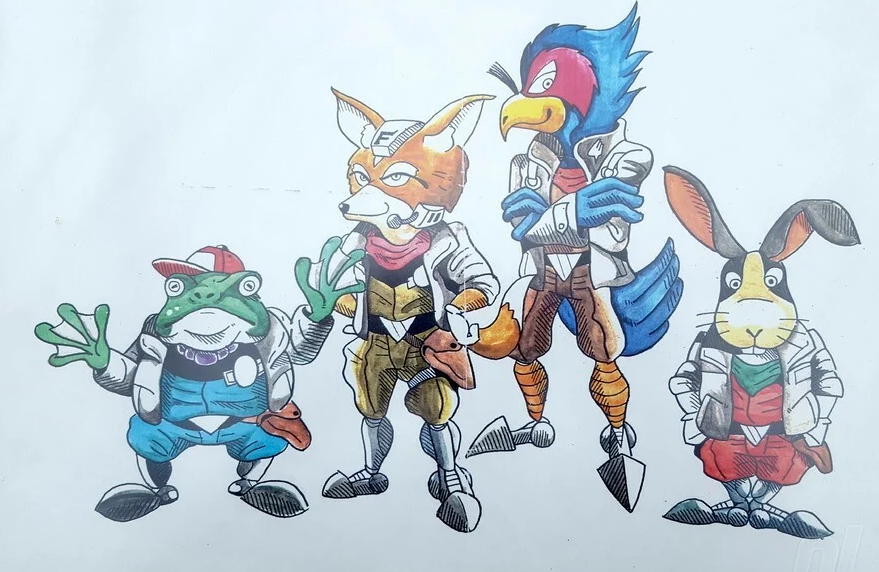 to this matter, Dylan Cuthbert (another former Argonaut employee), added:

Imamura said that it was one of the first drawings he made; Of course, he drew quite a few at the time, and Nintendo probably has them on file. I think this is the one I looked at when I named Fox, Slippy, and Peppy (Imamura had already named Falco, since he wanted an F-Zero-esque name).

That photo might originally be mine actually, that’s what I’m thinking. It would be in a box with the other disks and the source code. I’ve been looking for someone who maybe found a box of stuff like this in Argonaut after I left that had my old disks in it – I’m looking for the X source code.

if you want to read the whole storywe recommend you take a look at the Story on Nintendo Life.

What do you think about this story? What is interesting? Do not hesitate to leave it in the comments.

Japan: Splatoon 3 continues its reign at the top shifting an extra 301K units