One more week, here we bring you the list with the best-selling games during the last seven days in United Kingdom. In this case, the information refers to the week ending last sunday

In the list, we see that FIFA 23 remains the best seller after dethroning Splatoon 3 in its premiere. Remember that we already knew that Splatoon 3 had been the best seller of the week of its release along with some more details of its UK debut.

However, what stands out in this case is the premiere in third position of Mario + Rabbids Sparks of Hope

. Apparently, its sales in physical format have been 50% lower than those of the first installment, Kingdom Battle. However, perhaps the digital ones compensate this difference somewhat, although it has not been confirmed. 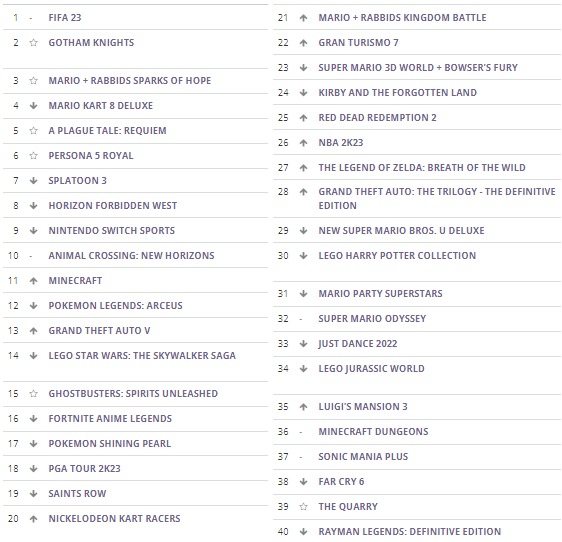 What do you think? You can share it in the comments.

The metroidvania 2D Afterimage arrives in physical format in April

The next Splatoon 3 Splatfest takes place in February