Tribes of Midgard has been listed for Nintendo Switch

It seems that Tribes of Midgard has recently been listed for the Nintendo Switch. This has generated speculation about a possible arrival of the game on the hybrid console.

As you know, this title has not been officially confirmed for Nintendo Switch. However, the ESRB

you have registered it for the console. We will be attentive to see if its premiere on the Nintendo console is finally confirmed. 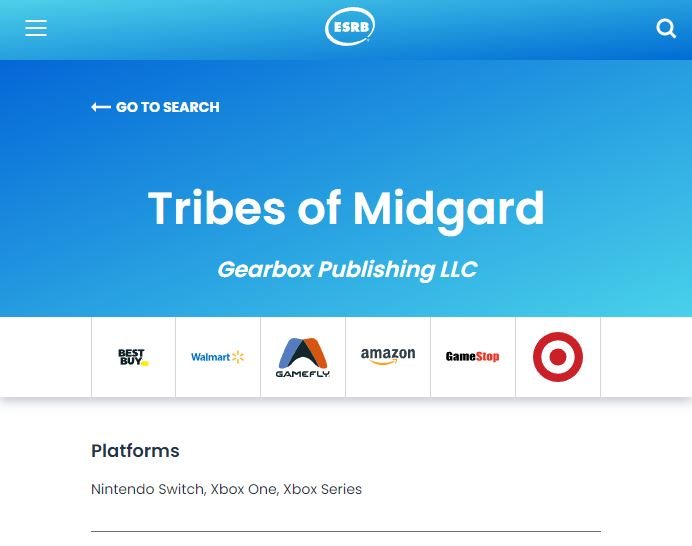 Meanwhile, we leave you with his trailer:

Tribes of Midgard is a new game where players have to resist the invasions of Giants during Ragnarök.

It is based on worlds full of dark creatures, hidden gods and a multitude of materials to discover. You will play as a Viking who lives in a village where the Yggdrasil Seed is located, the last bastion that protects the Gods of the other Kingdoms.

Explore the area to craft new weapons and prepare to defend the sacred center of your village from the exterminating shadows of Helheim that harness its power.

Meanwhile, the giants stalk the village and get closer with the aim of destroying Midgard and fulfilling the prophecy of the end of the world.

What is your opinion? Would you like to see it on Nintendo Switch?

Nintendo Shares New Music Track For Splatoon 3, Have A Listen

The great cinematics and animations of Mario Strikers: Battle League Football, compiled in this video

Star Wars: Knights of the Old Republic 2 coming to Switch in June

Aspyr Is Bringing Star Wars: Knights Of The Old Republic II To Switch This June