When will the new Animal Crossing: New Horizons update be announced? A look back at Nintendo’s previous patterns – iGamesNews

Here comes a new and interesting video from YouTube related to one of the most prominent video games in the Nintendo Switch catalog. We are talking in this case of Animal Crossing: New Horizons.

In the short below, we can take a look at a compilation of when the game updates have been released and announced. Remember that we are expecting one for the end of this month, but for now we do not know when it will be released. 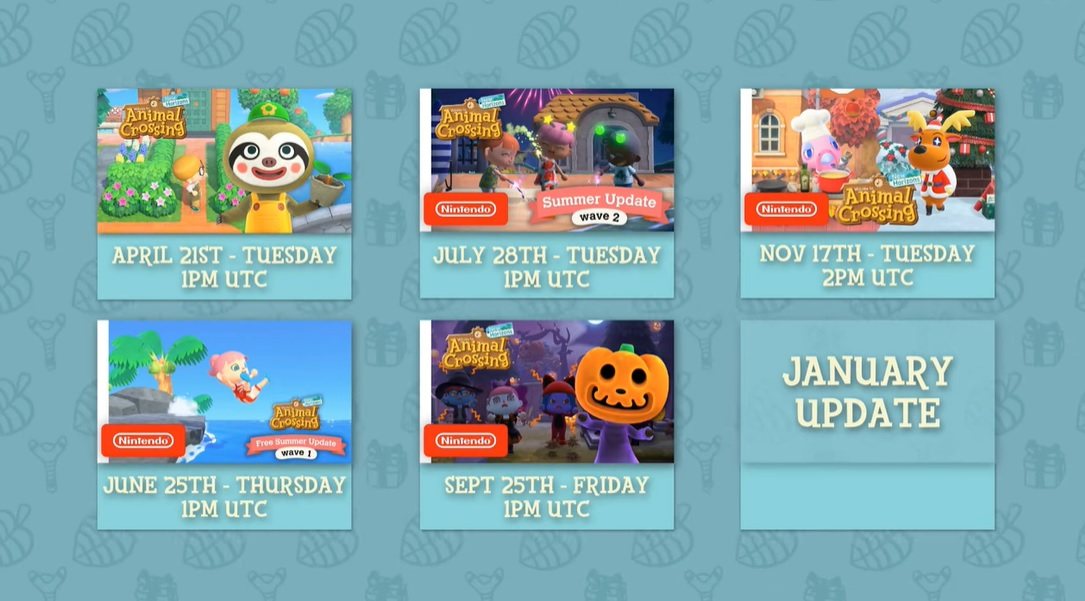 From the previous graph, these theories are proposed:

Here you can see it:

What do you think? If you are interested, you can also find our full coverage of the game at this link.