What Stream Deck do I need to live like a pro?

If you’re considering a Stream Deck for your live broadcasts, whether video-only or radio-only, then you might be wondering which model is best. Well, we decided to make a quick little guide so you can choose the version you need without paying more or failing in the process.

The Stream Deck has become one of the essential elements for streaming content on the most popular platforms. This is what we call a Macropad created by ElGato where each of the keys is a small miniLCD screen which, when pressed, performs a function that we have programmed for it. Thus, the broadcaster does not have to spend time navigating through menus to perform a series of basic functions.

However, there are many versions of the Stream Deck on the market, and all of them have the ability to automate the functions of Twitch, YouTube, OBS, Streamlabs, and many other streaming-essential apps or services with a single content button in one click. real time on the Internet. That is, what we usually call streaming today.

What is the best streaming deck?

Basically, the various Stream Deck options on the market differ in the number of buttons they come with, but they generally all share a basic set of specifications. How, for example, to be able to configure a command or a succession of them in one of the buttons and its compatibility not only with Windows, but also with Apple computers.

So which version of the Stream Deck do I need to perform my live broadcasts? Well, that will depend on how you want to use your live. Although it is essential to consider the buttons and actions you think you need to live stream your shows. Not everyone is going to organize their buttons the same way.

It must be taken into account that we not only have the functions and icons that we see on the screen, but we can also configure several folder accesses that give us a new collection of actions that we can perform directly. This is why the Stream Deck allows us to automatically do more actions than buttons. That’s why we’ve made a simple chart for you, so you know how many actions you can automate in the Stream Deck with one or two but ton presses. 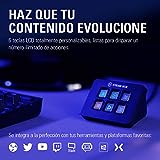 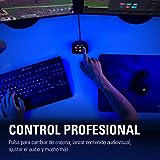 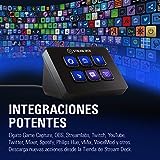 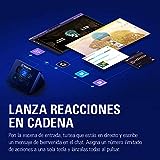 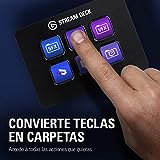 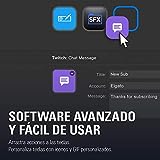 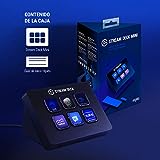 Conclusions and some tips

From the personal experience of the person writing this, the most recommended is to have no more than 3 action folders in our Stream Deck and in case we use the Mini model with only one button for them, this is enough, as it will give us access to 10 buttons in total. Which for video streaming might not be enough, but if you’re dedicated to the world of podcasts, it will serve you well. As for the 15-button models, these are the ones we recommend for anyone streaming alone, and we only recommend the 32-button model if you’re going to be working in a group and need to control the streaming of several people at the same time. time.

So it will depend on what you want to do, yes keep in mind the controls you are going to use in a live show, some are very obvious and some are not. Therefore, we recommend that you do a live test on your own and write down which actions you are going to use more. These will be the ones you need to automate to make it easier for you to control the broadcast and so you don’t have to worry about anything more than your live and not the technical paraphernalia around it.

The post What Stream Deck do I need to stream like a pro appeared first on HardZone.

The Suicide Squad will not arrive until spring 2023

that’s the way to do it

How many cores does the most used processor for PC gaming have?

Most play on PC with graphics cards from 3 years ago

A Raspberry Pi for only 6 dollars? Discover the Pico W with Wi-Fi

Nfortec Azir, review of this inexpensive but versatile case for PC

that's the way to do it