In it, you guide a bird named Claire to the top, freely exploring the mountainside and helping others along the way.

I started working on the game after taking a few road trips along the west coast, reaching as many hiking and natural spots as I could. I really fell in love with hiking and started to wonder if I could capture this experience as a video game.

There were specific moments that I wanted to capture, like the moment of respite after reaching the top and seeing the landscape from a new perspective. But generally I wanted to try and recreate the peaceful meditative feeling you get when exploring the world around you.

To help create a feeling of freedom, I tried to design the game as a small open world. I wanted to encourage the exploration of the less traveled paths and your curiosity to be rewarded. This meant that I had to design the player to follow the exact opposite of the obvious route, and the pace of the game to always be right!

This led to the creation of a variety of mini-games for you to discover on the trails and interrupt the hike. After adding fishing, boating, and (a form of) volleyball, the game started to feel a bit more like a little summer getaway – a love letter to those blustery summer days doing nothing and all the time in the world. 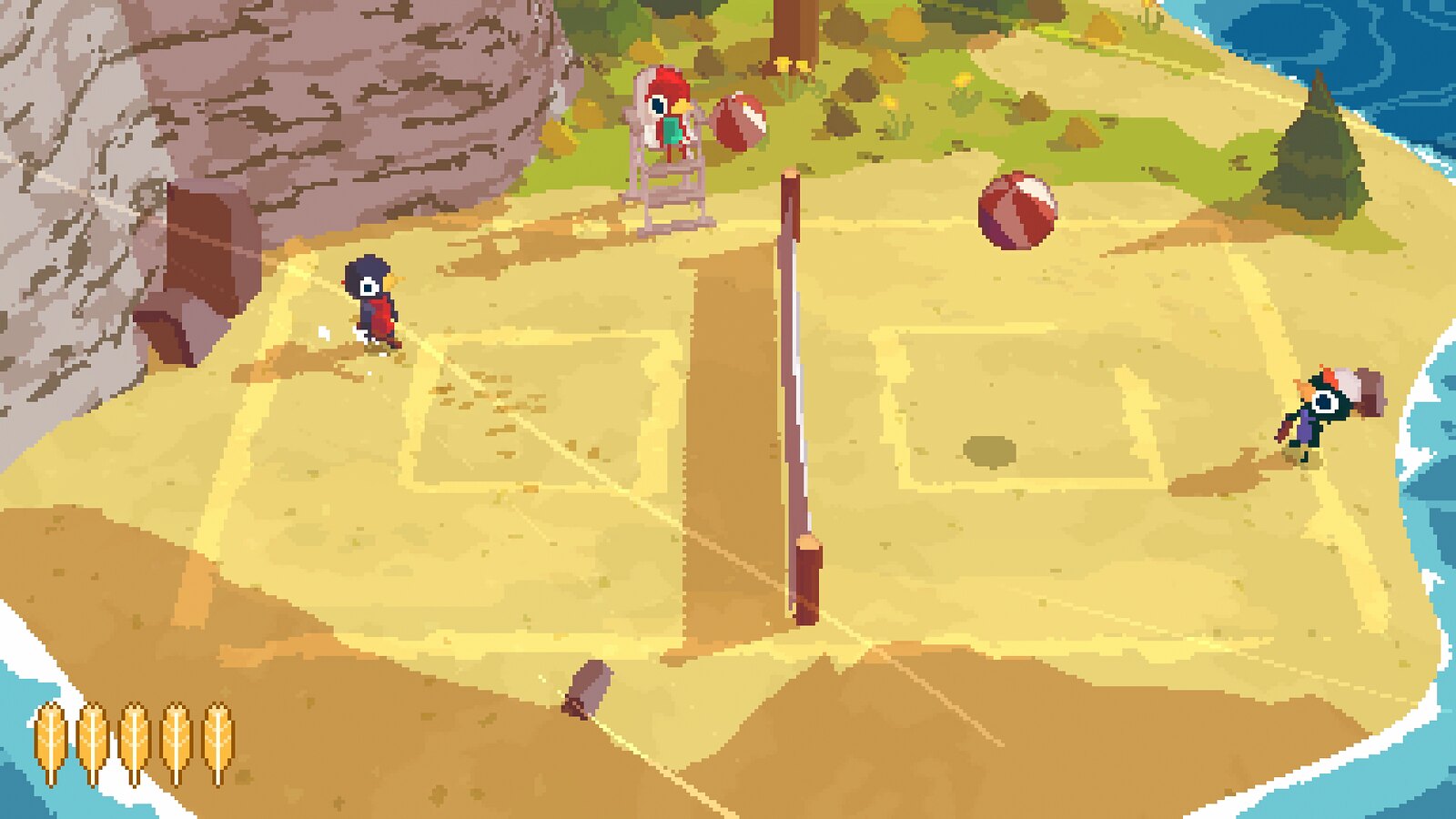 For the most part, I worked alone on A Short Hike. Between programming, design, art and testing… I had my hands full! One thing that I found difficult was the writing. Although the game is light on the story, I wanted it to be meaningful to me and wanted to address some of the fears or concerns I have.

In a previous project, I had encountered a creative block with writing, and I was really struggling to put together something that I liked. So for A Short Hike, I tried to take a more improvised approach. Once I started writing dialogue the same way I would chat with my friends over text messages, it came a lot more naturally and helped me find a voice for the game.

As I did most of the art myself, I took the opportunity to experiment with the style. I was interested in trying to create a 3D game where pixels are an integral part of the aesthetic, as retro 2D games often are. While 2D games have been refining pixel art for decades, 3D games strive to mask pixels as much as possible. I wanted to see if I could create a beautiful (and readable) 3D world using as few pixels as possible.

This choice defined the rest of the art direction, leading me to use flat cohesive shading and no anti-aliasing. I added a soft outline effect to the objects to help them stand out and stay readable with so few pixels.

I feel like low res can help the world feel lush and let your imagination fill in the details. However, some people found the pixelated look less endearing, so I included the option to fine-tune the pixel size to your preference. On PS4 Pro and PS5, you can even watch A Short Hike in 4K! 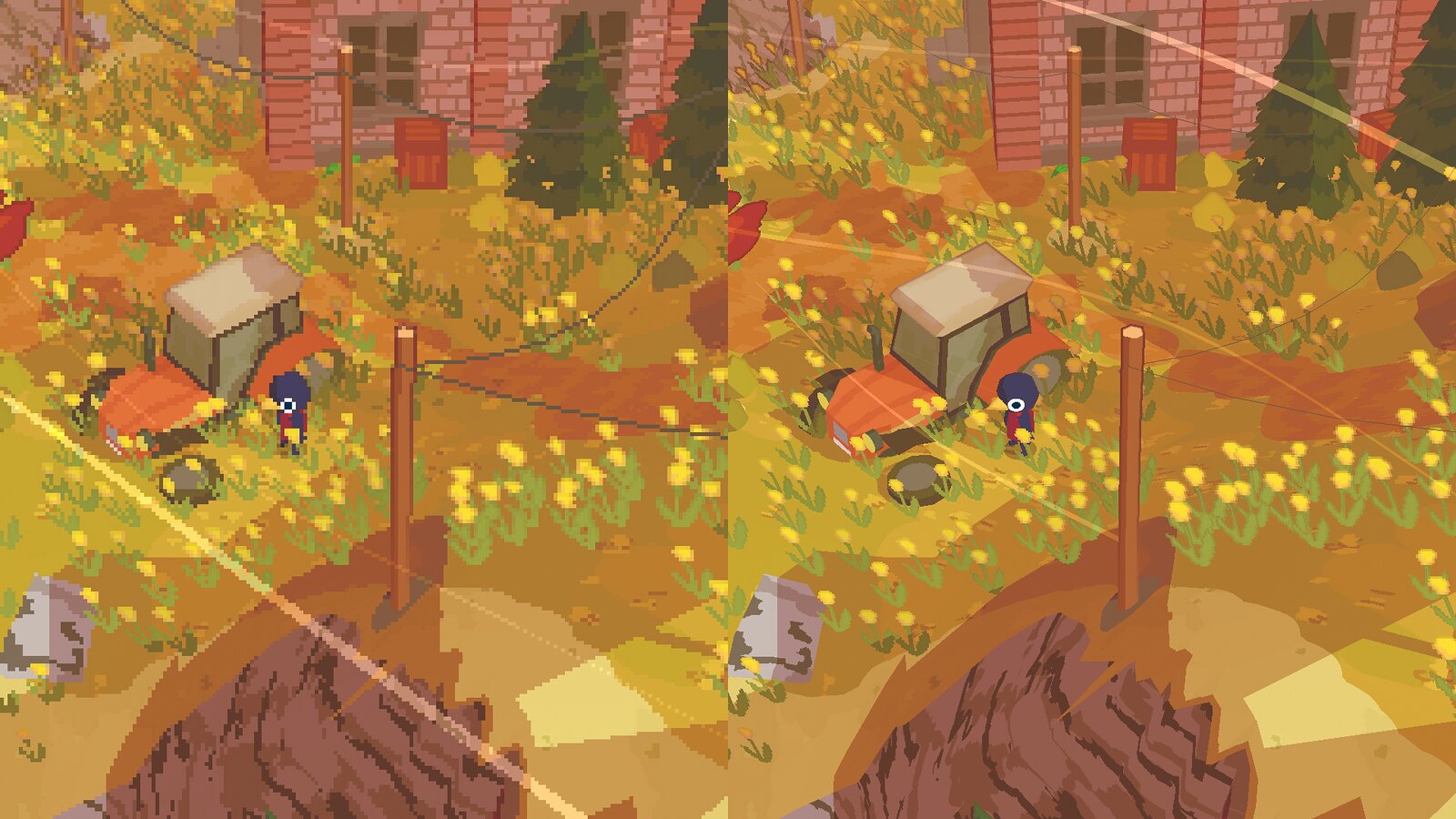 The only thing I didn’t participate in was the music. When Mark Sparling was creating the soundtrack for the game, he suggested creating a dynamic soundtrack that evolves as you walk around the island. He sent me a labeled world map outlining his plan, and I implemented it according to his design. The instruments will fade in and out depending on where you are, creating variations on the main theme. The string instruments will sound every time the player flies, and the trumpets will swell as you pick up speed in the motorboat… I think he really did something special! 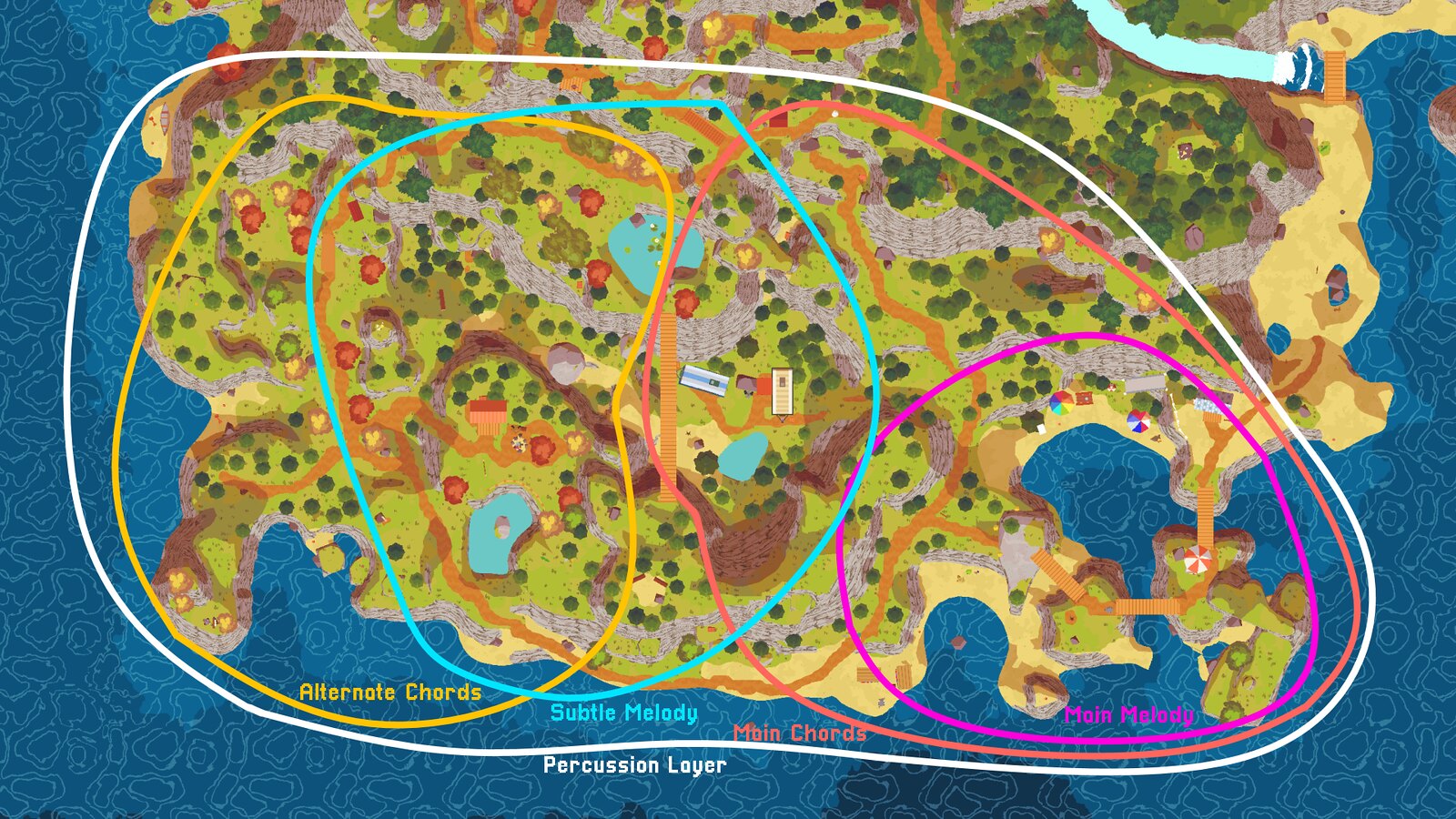 Although I have worked on other games before, this is the first big project that I released mostly on my own. It’s been a real journey to get here, and I’m so excited to bring it to PlayStation! Hope you enjoy exploring the world I created when it releases this fall.

Don’t miss the votes for Game of the Year 2021 on Playstation!