Rust Console Edition has an official release date, and the years-long wait will end in just under two months.

Rust first launched on Steam Early Access in 2013, and Facepunch finally announced in November 2019 that a console version was in the works with a planned release date of 2020. It then fell silent for a while, until Console developer Double Eleven confirmed that work-from-home delays meant that it would no longer make it to its originally scheduled date. Still, with the state of everything these days, leaving in May of the following year is not so bad. 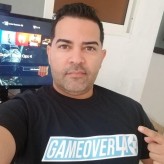 The ‘spring break’ comes to Fortnite with the Spring Break cup

Thinking of buying an iPhone? Apple accepts Google Pixel 4a on 5 and Samsung Note 20 in exchange

Skull and Bones has been postponed, this is the new release date

Thinking of buying an iPhone? Apple accepts Google Pixel 4a on 5 and Samsung Note 20 in exchange