The Teen Titans with Beast Boy and Raven arrive at Fortnite

Updates and new content for Fortnite do not stop arriving from Epic Games. This is something that the huge legion of fans greatly appreciated. Now we know that the latest update brings with it the arrival of Beast Boy and Raven from the Teen Titans.

Both characters arrive with new premium skins in the framework of the sixth season of the game. These skins are quite eye-catching for the Beast Boy, so fans of the DC Comics character will be delighted to have it.

This skin will be available from May 13, so there are only 3 days left to unlock it in the Fortnite store. In addition to the skin, we can also purchase a Bonk Bat pickaxe and a character themed backpack.

Those users who do not want to wait until May 13 will be able to access a duos tournament on May 12 that will give early access to these rewards, so if you are a fan and want to enjoy these skins the day before this is your opportunity to do so. These skins are part of a graphic novel titled Teen Titans: Beast Boy Loves Raven that will be released on June 15.

The truth is that this latest update from Epic Games within Fortnite is everything that fans of DC Comics characters expected that have a very successful animated series and a show on Netflix Live Action that is just as successful as its version animated. Here are some images of the Beast Boy skins for Fortnite, a title that is available for PS4, PS4, Xbox One, Xbox Series X, Nintendo Switch and PC. 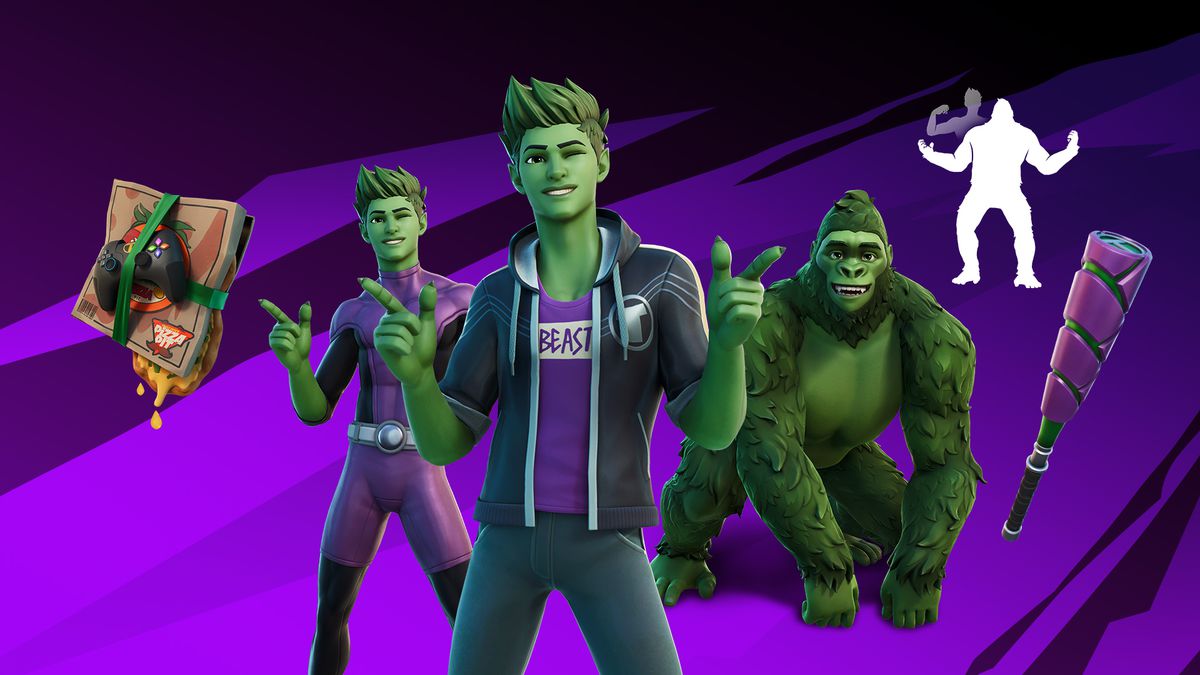 The Skywalker Saga already has a release date