Twelve Minutes coming to PS5, PS4 and Switch in December

Twelve Minutes was released in the middle of this year as a timed exclusive for Xbox and PC, and publisher Annapurna Interactive just announced that the remaining consoles will arrive on December 7, 2021. Most recently, Twelve Minutes was nominated for Best Indie in the 2021 Game Awards and, along with the news of the launch of PlayStation and Switch, Annapurna has released a new trailer. 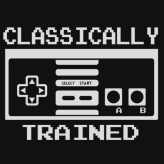 Masters of the Universe: Revelation Part 2 Review: Philosophical and … sexy?

Masters of the Universe: Revelation Part 2 Review: Philosophical and ... sexy?