a new screen prompts your users to switch to Google Chat

The long agony of Hangouts It will end in the rest of the year. after years of waiting Google has already set a date for the death of Hangoutsalthough the Android app was removed last March and will now start force users to migrate from Hangouts to Google Chat.

As the company announced in 2020, Google Chat It will be the successor to Google Hangouts, just as it recently announced that Google Duo will evolve into the new Google Meet. So, at the end of 2022, the company will go from three messaging apps to two apps and from two video call apps to one video call app.

Hangouts will say goodbye to us in November

In August last year, the transition from Hangouts to Chat began, where the company through the Hangouts app started informing its users that Google Chat would soon replace Hangouts, showing a shortcut to switch to Chat, but almost a year later still Google Chat has not replaced Hangouts. 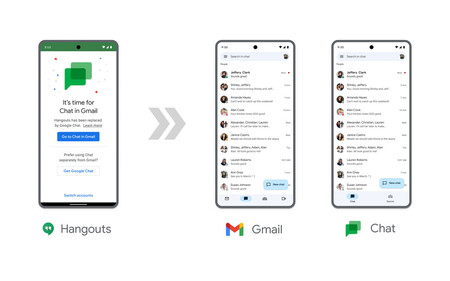 In the Google ad, we now know that Hangouts already has its days numbered

with which today’s app will show a new screen which will ask its users to switch to Chat in Gmail or the Chat app. For now, the user can close the new screen to continue using Hangouts, but there will come a time when they cannot close the screen and if they want to continue chatting, they will need to migrate to Google Chat.

All of our conversations have been migrated to Google Chat, so the user doesn’t have to do anything. We will see the same contacts and messages that we had in Hangouts. In addition, there is no need to install an application, because Google Chat is integrated into Gmail for Android

but we can install your dedicated app. From July, everyone who uses Hangouts on the web version of Gmail will switch to Chat.

Ubisoft will be at Gamescom 2022

Team Xbox acknowledges being aware of the search bar issue

Team Xbox acknowledges being aware of the search bar issue