A new feature, released by Android 12, makes calling for help much easier and faster: Emergency numbers now appear on the phone screen depending on where the user is. This way you don’t have to memorize the numbering of each country, Android 12 offers them directly to dial.

Android 12 introduced a remarkable amount of changes to the system, and it’s still in beta (currently in version number three). In addition to renewing its design and customization thanks to Material You, and after having greatly improved the privacy options, Google has improved the emergency screen with dynamic operation

depending on where the phone is located. It’s a small change that can make a big difference. 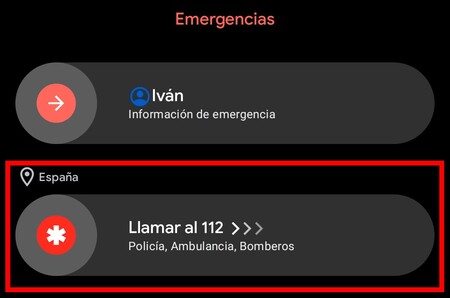 To call emergencies it is not necessary to have a card or for the SIM to be available coverage: any phone can call for help if it has network access. This operation, which guarantees the best coverage against accidents and catastrophes, has one drawback: you have to know the relevant figures for each country.

At the European level 112 is the emergency number to call for disaster assistanceIt doesn’t matter if you call the fire, police or ambulance for help. Now, at a particular level, each country in Europe can offer its own numbering; a fact that makes dialing difficult, especially with the nervousness one suffers in emergency situations.

To make it easier to request help by phone and save time during the process, Google introduced dynamic emergency dialing in Android 12. That is, when you go to the emergency screen (the option appears when you hold down the power button), the mobile will display different cursors with the emergency numbers of the country where you are . Thus, it suffices to move the one that is necessary for Android 12 to put the user in contact with the helpline. 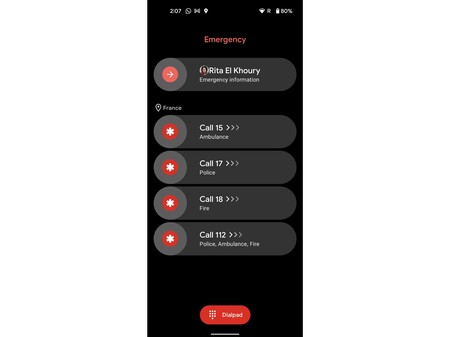 As demonstrated in Android Police, Android 12 adapts the emergency screen to the country where the mobile is located. What if the territory uses different numbers the system gives the choice between all; always maintaining a clear, readable and easy-to-use style, all so that requesting emergency help is only a matter of seconds.

The new dynamic emergency screen has appeared in Android 12 and in Google Pixel, although it is not strange that it spreads to other mobiles and versions. In principle, this should greatly facilitate the request for relief.

NEO: The world ends because of you

Brutal, Dead Space will include volumetric special effects that will allow us to feel the environment

Brutal, Dead Space will include volumetric special effects that will allow us to feel the environment